The name of the rbind R function stands for row-bind. The rbind function can be used to combine several vectors, matrices and/or data frames by rows. Above, you can find the basic code for rbind in R.

In the following article, I’m going to provide you with 3 examples for the application of the rbind function in R. Let’s start right away…

The easiest way of using rbind in R is the combination of a vector and a data frame. First, let’s create some example data frame…

…and an example vector:

Now, let’s rbind this vector to the data frame:

The rbind command can also be applied to two data frames. Let’s create a second data frame and row bind it to data_1 (the data frame that we created above):

We can rbind these two data frames with the same R code as before:

For that reason, the plyr package (be careful: it’s called plyr; not dplyr) provides the rbind.fill R function as add-on to the rbind base function. In the following example, I’ll show you how to use the plyr rbind.fill function in R.

To apply rbind.fill in R, we need to load the plyr package first:

Now, we can apply the rbind.fill R command to our two example data frames:

Table 3 makes it clear how rbind fill works: The function creates a column for each column name that appears either in the first or in the second data matrix. If a column exists in both data frames, it is row binded as usual. However, if a column is missing in one of the two data frames, the empty cells are replaced by NA.

In the previous two examples we have combined only two data frames. However, please note that it would also be possible to rbind multiple data sets using the rbind and rbind.fill functions. We can simply specify as many data frame objects within those functions as we want.

Have a look at the following video of my Statistics Globe YouTube channel. In the video, I’m showing two examples for rbind() and rbind.fill() based on a real data set.

By the way, I have released many statistical programming videos on my YouTube channel already. So make sure to subscribe to my channel to get informed about new videos.

Furthermore, you may check out the following list of R programming tutorials that I have published on this website. They explain related concepts to the content of this article. 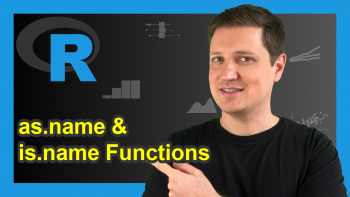 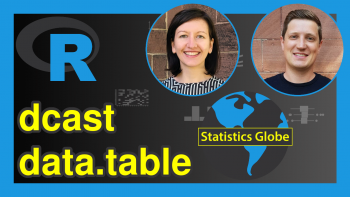