In this R tutorial you’ll learn how to select and rename variables with the select() and rename() functions of the dplyr package.

The tutorial consists of two examples for the selection and renaming of variables in R. To be more specific, the content of the article looks as follows:

We will use the following data frame for the examples of this R programming tutorial:

Our data frame contains three rows and three columns. Note that we could also apply the following R code to a tibble of the tidyverse instead of a data frame.

Furthermore, we need to install and load the dplyr R package:

As you can see based on the previous output of the RStudio console, the select function returned a subset of our original data frame containing only the two selected columns.

With the rename function, we can change the column names of certain variables.

However, have a look at the following R code:

We changed the name of the first column of our data frame from x1 to x1_new.

Do you need further info on the R syntax of this tutorial? Then you might have a look at the following video instruction of my YouTube channel. I’m explaining the contents of this tutorial in the video:

In addition, you may have a look at some of the related articles on this website. I have released numerous articles on the handling of data frames in R already:

In this R article you learned how to extract and change the name of data frame and tibble columns with the dplyr package. Tell me about it in the comments below, in case you have further questions. 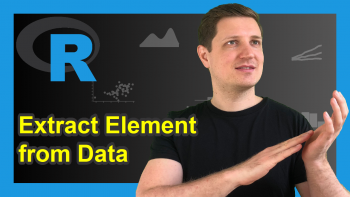 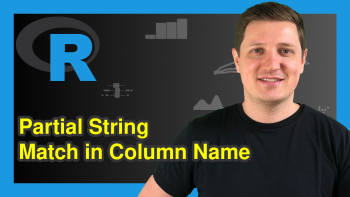