In this tutorial, I’ll show how to draw a ggplot2 plot of two data frames with different sizes in the R programming language.

The following two data sets are used as basement for this R programming tutorial.

First, we have to set a random seed for reproducibility:

Next, we can use the following R code to create our first example data frame: 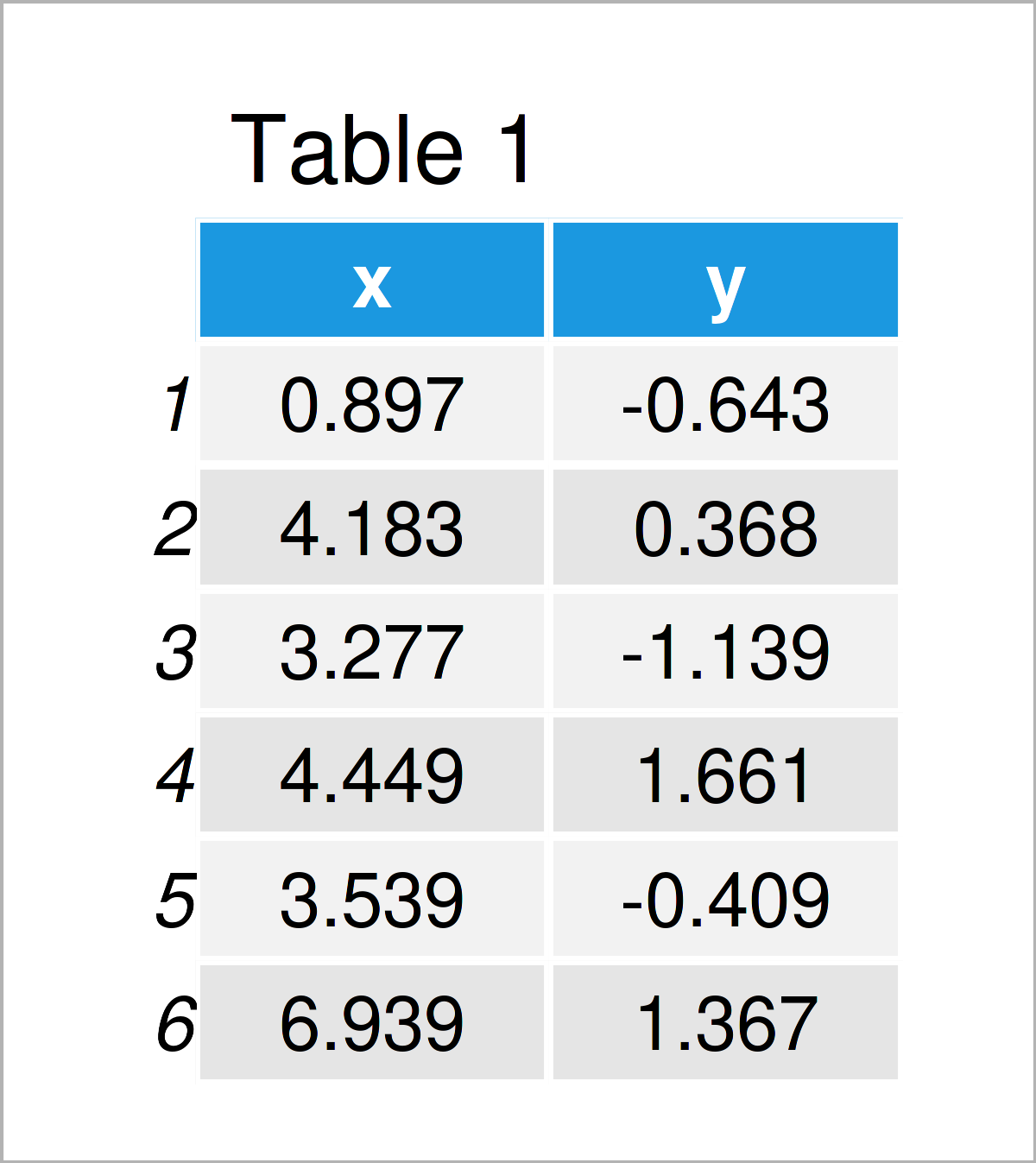 And the following R code to create our second example data frame: 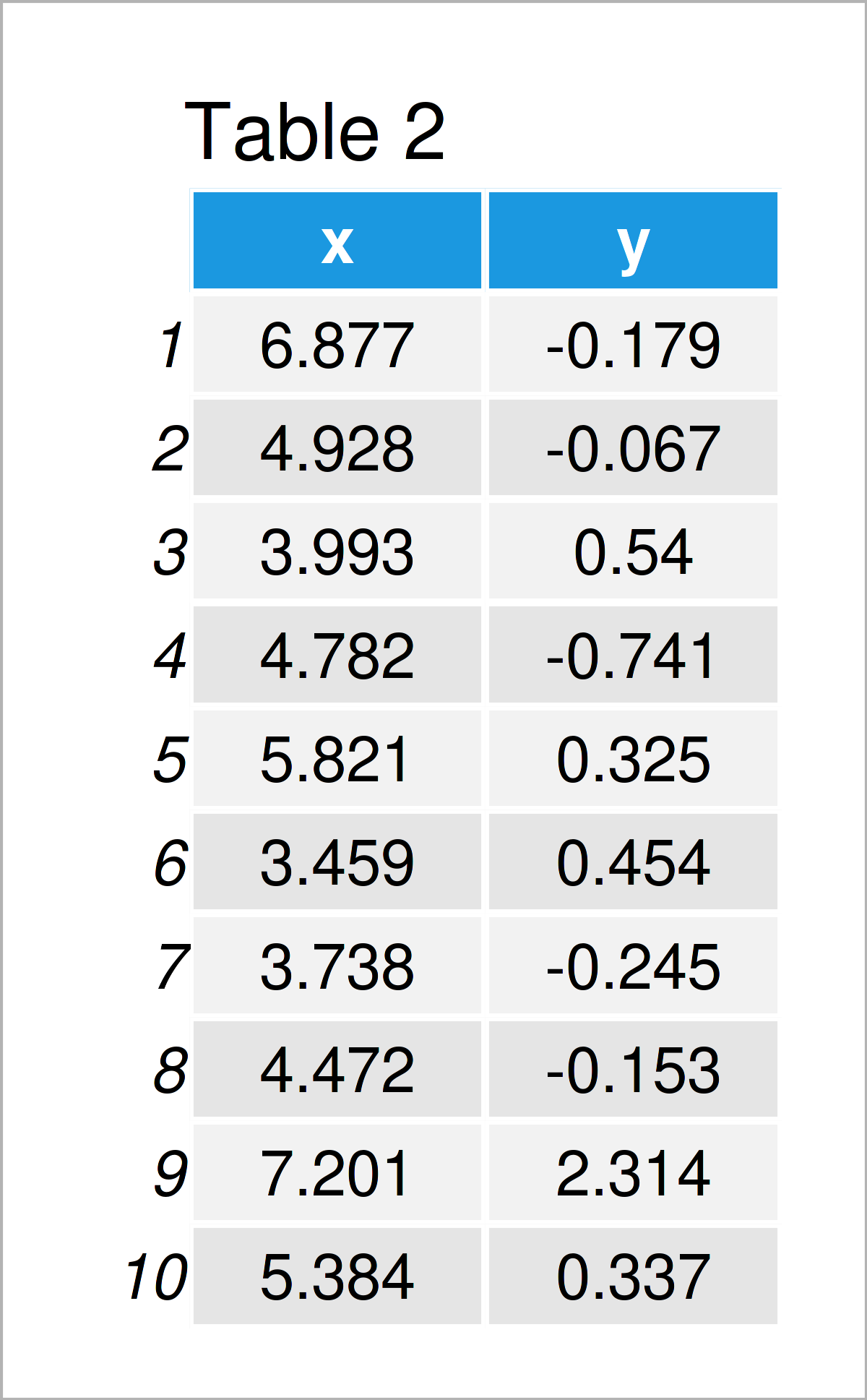 If we want to plot our example data with the ggplot2 package, we also have to install and load ggplot2:

We are set up, let’s move on to the examples!

This example explains how to draw a ggplot2 plot based on two different data sources.

Note that it’s important that both data frames have the same column names. 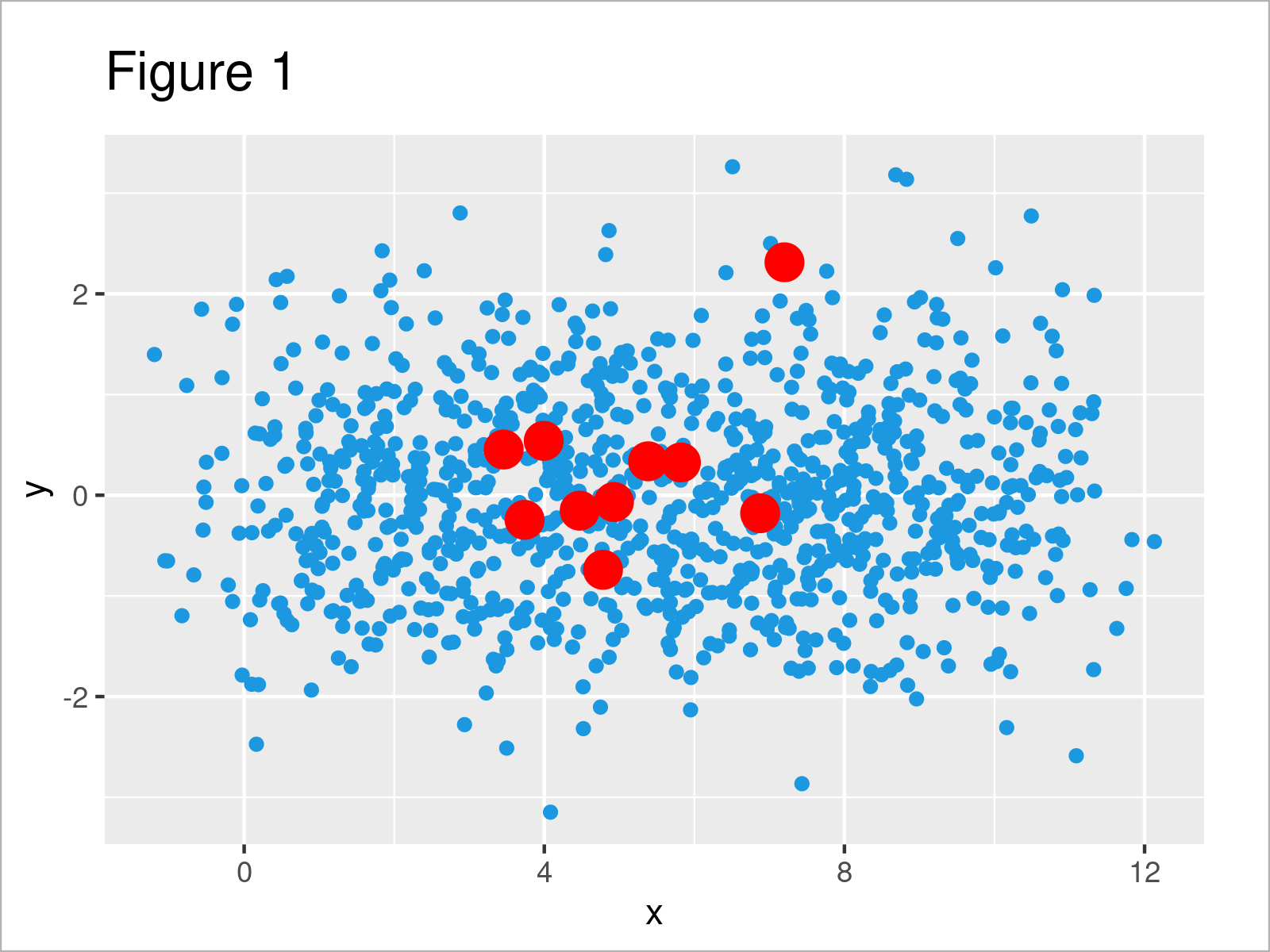 As shown in Figure 1, we have created a ggplot2 scatterplot based on two different data sets with different sizes.

Another approach is to concatenate both data frames before drawing the in a ggplot2 graphic.

After executing the previous syntax, we have created a new data frame that contains the first and second example data frames as well as two additional variables to specify the colors and sizes of our points.

We can now use these data to draw a ggplot2 plot with only one call of the geom_point function.

Note that we have to specify the col and size columns of our new data frame within the geom_point function: 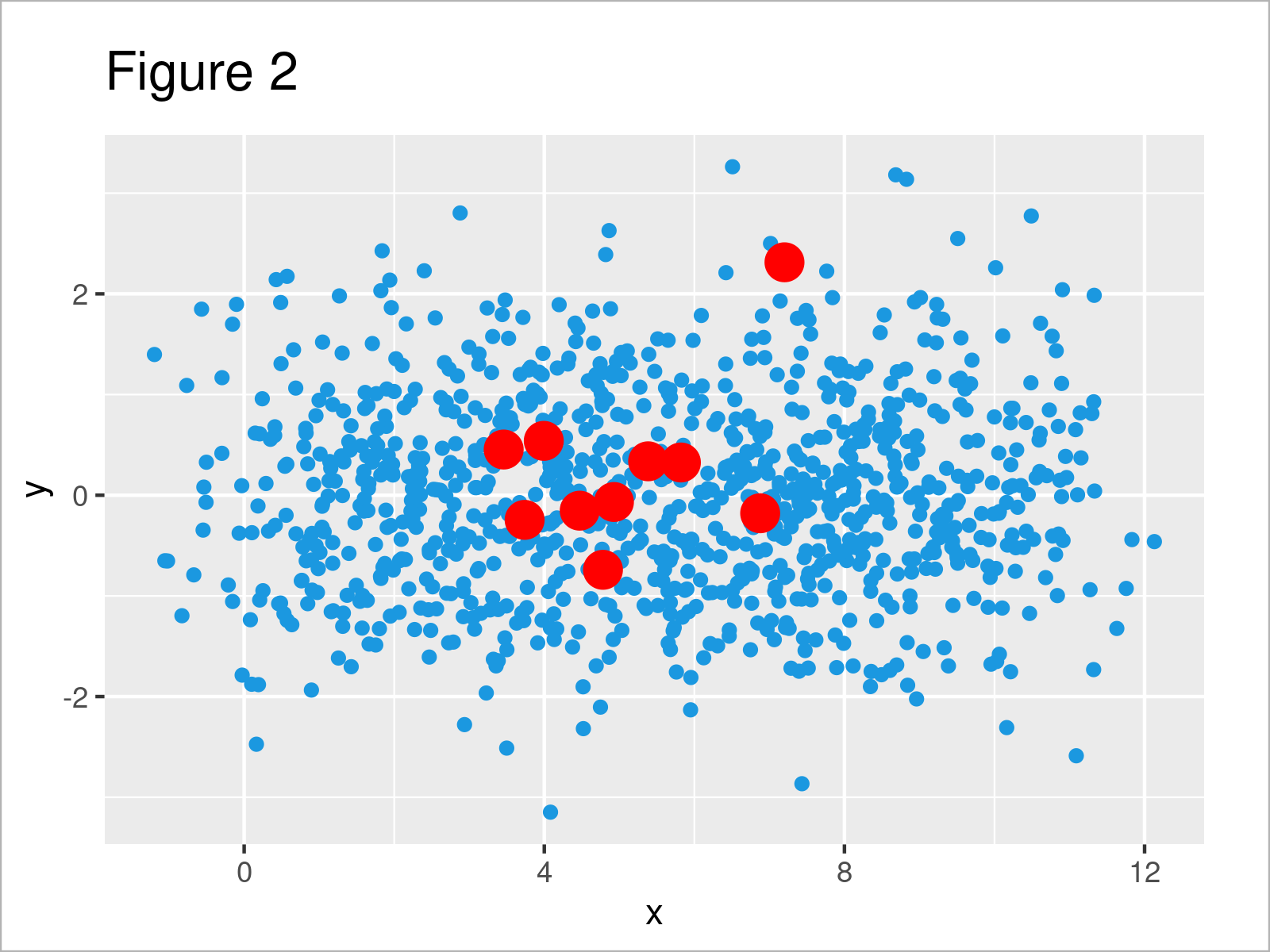 In Figure 2 it is shown that we have plotted exactly the same graph as in Example 1. However, this time we have merged our data before creating a ggplot2 graphic.

Do you need further explanations on the R programming syntax of this article? Then you might want to have a look at the following video on my YouTube channel. In the video, I show the R code of the present page in a live programming session.

In addition, you may want to have a look at the other articles on my homepage. A selection of articles is listed below.

In summary: In this article, I have demonstrated how to draw a ggplot2 plot of two data frames with different number of rows in R. In case you have any additional questions, please let me know in the comments section. 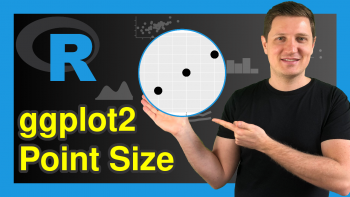 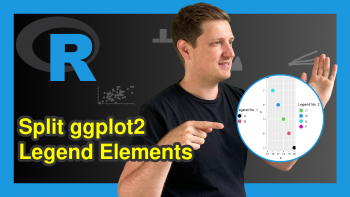