In this R tutorial you’ll learn how to reshape a data.table, for example summarizing the data for specific groups or reordering the rows according to specific features.

First, we need to install and load the data.table package:

In addition, have a look at the exemplifying data below. 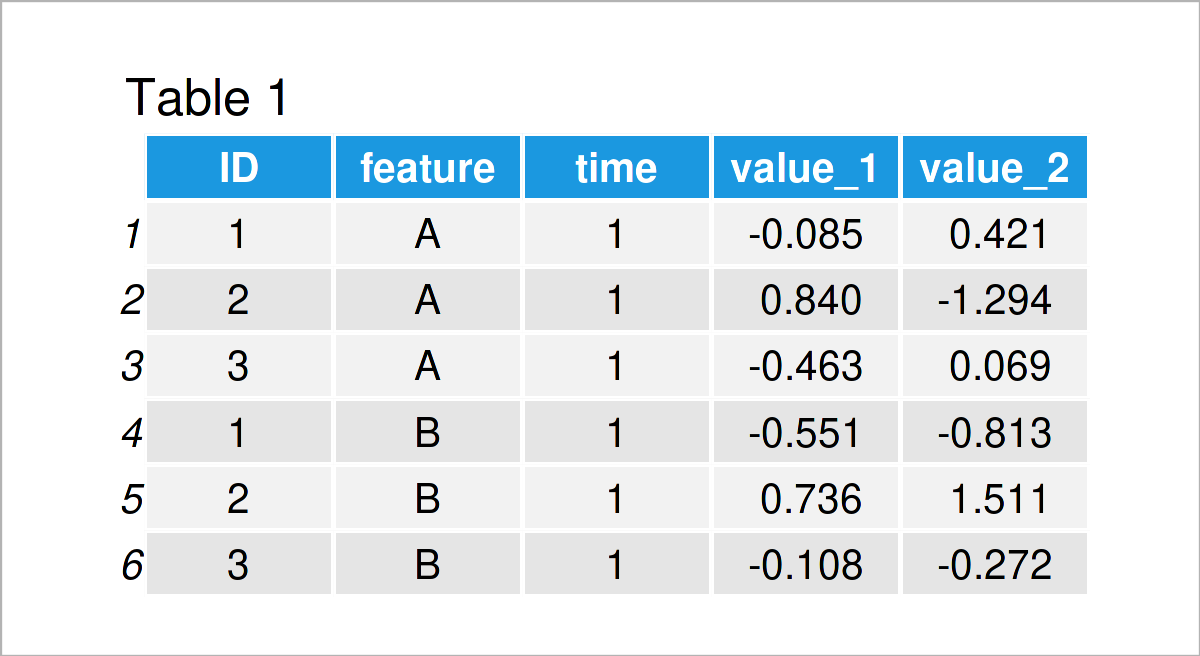 Table 1 reveals the head of our example data – Furthermore, you can see that our data consists of five variables. With the function expand.grid(), we generated some synthetic experimental data, where for each ID (for example a person) we have features A and B observed in time point 1 and 2 with two values value_1 and value_2.

Example 1 demonstrates how to use the dcast() function of the data.table package to calculate statistics of the data. 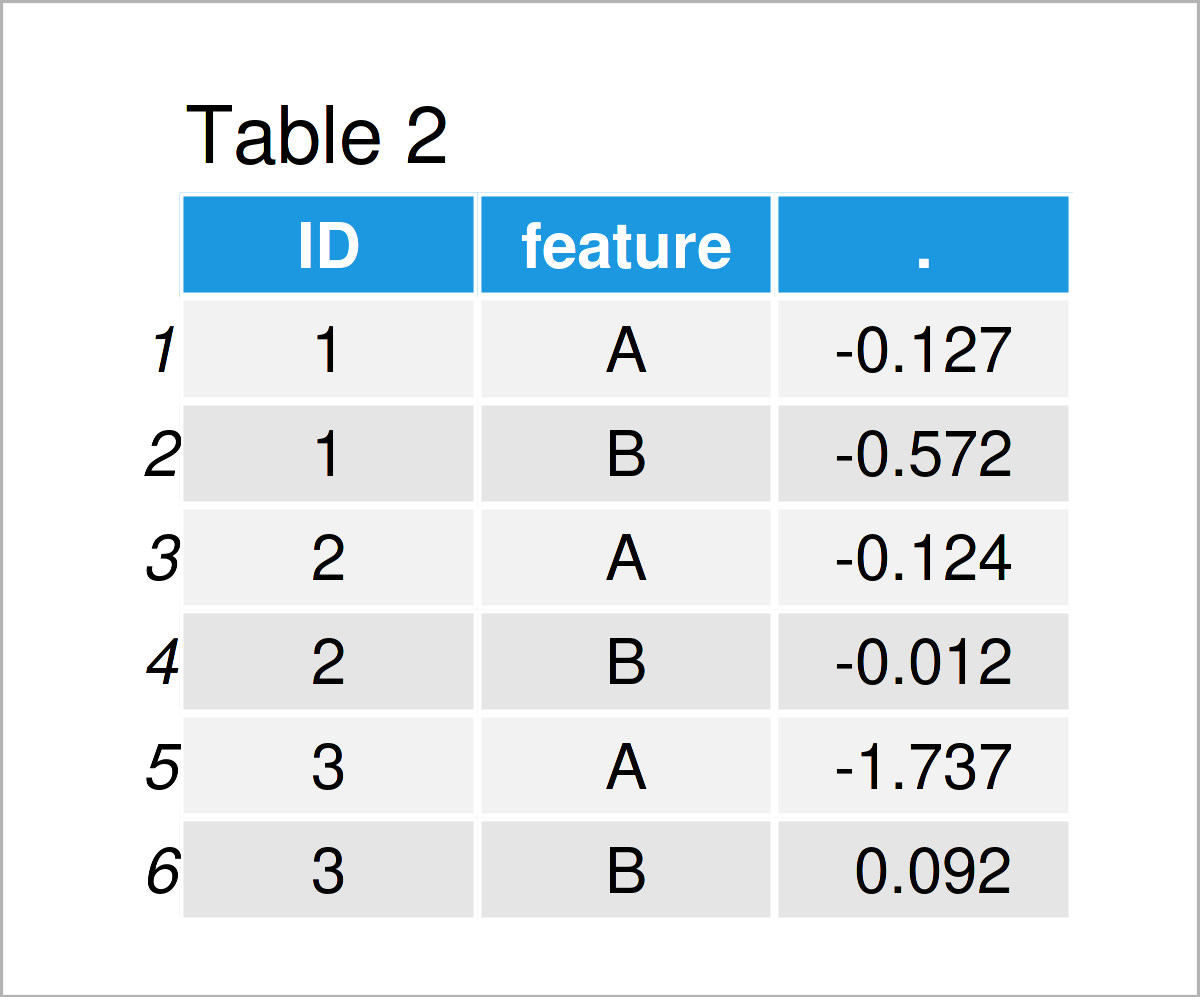 Table 2 shows the output of the previous syntax: Using the data.table DT_1, we calculated the mean value of the numeric variable value_1 for the combinations of ID and feature.

In Example 2, I’ll illustrate how to apply multiple functions in the dcast() function. 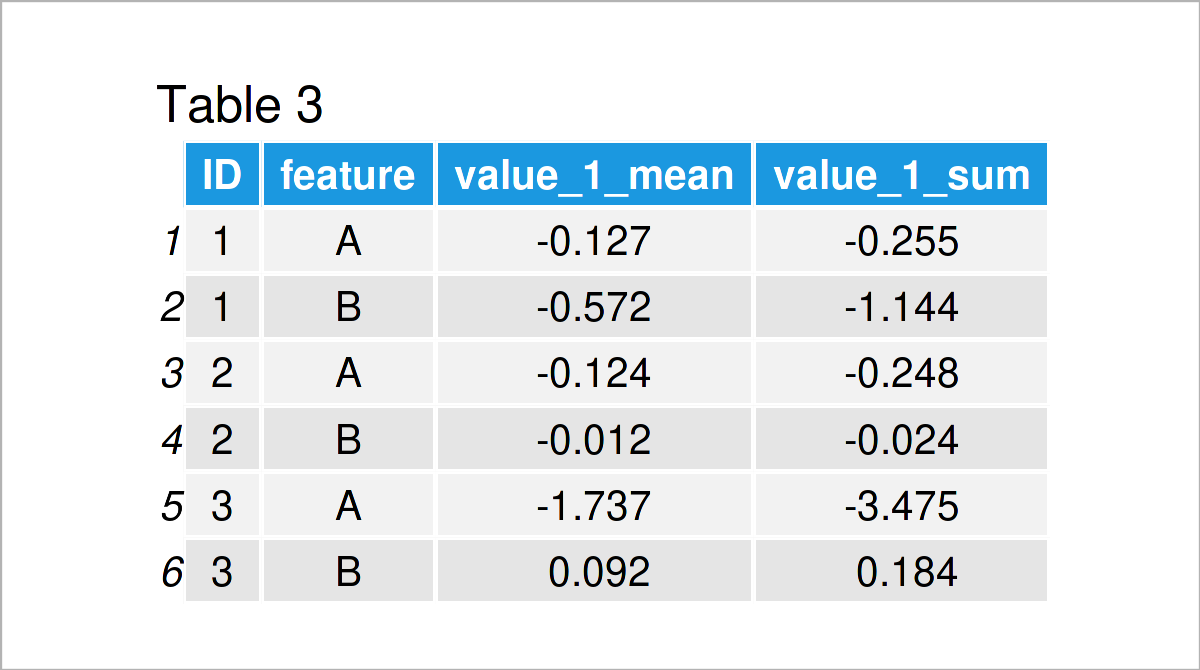 By executing the previous R syntax, we have created Table 3, i.e. we not only calculated the mean value, but also the sum of the numeric variable value_1 for the combinations of ID and feature.

Example 3 illustrates how to calculate multiple statistics for multiple numeric variables of a data.table object with the dcast() function.

In Table 4 you can see that we have managed to construct a data.table which contains the variance and the sum of variables value_1 and value_2 for the combinations of ID and feature.

In this example, we use the dcast() function to reshape our data. That is, we can use dcast() to order our data rows according to specific variables. 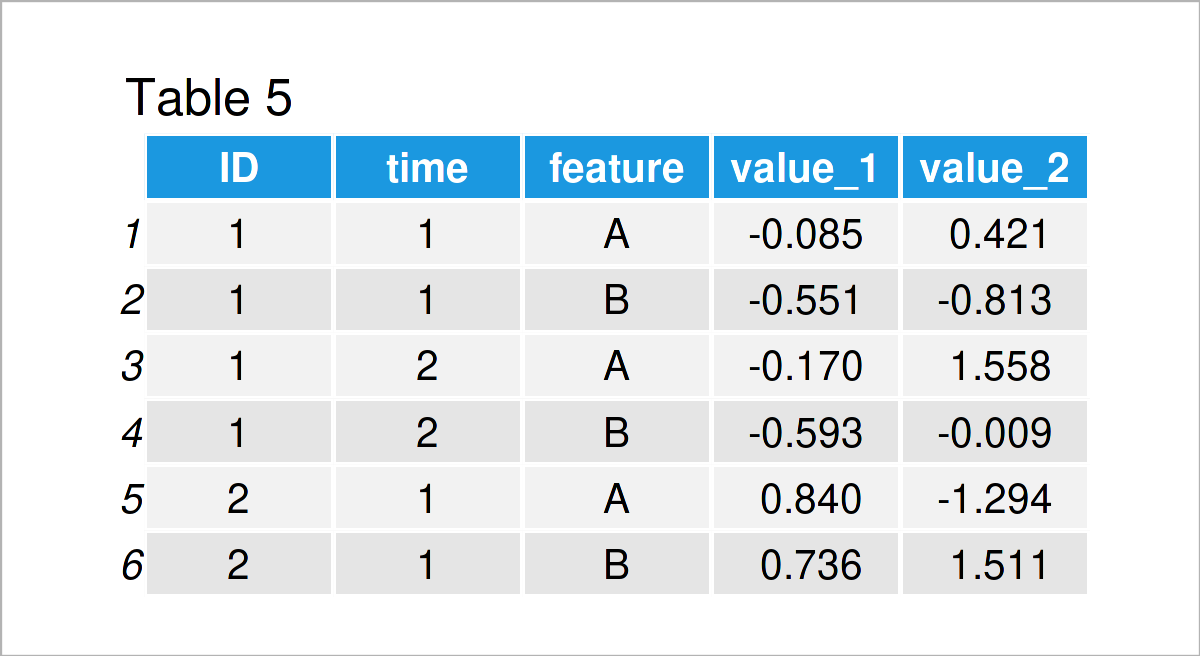 Do you want to learn more about the reshaping of a data.table with dcast? Then I can recommend watching the following data.table video on my YouTube channel. I’m explaining the R code of this tutorial in the video.

In addition, you could have a look at the related tutorials on my website.

To summarize: On this page, you have learned how to handle the dcast long-to-wide reshaping tool for data.tables in the R programming language. Please let me know in the comments section, in case you have further questions. 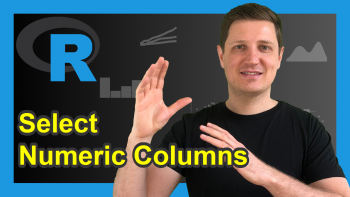 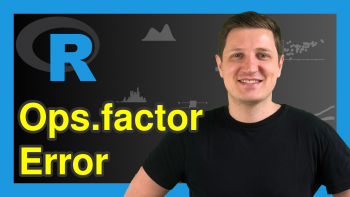 R Warning Message – In Ops.factor : not meaningful for factors (Example)