In this R programming tutorial you’ll learn how to add a column with lagged values by group to a data frame.

You’re here for the answer, so let’s get straight to the exemplifying R code: 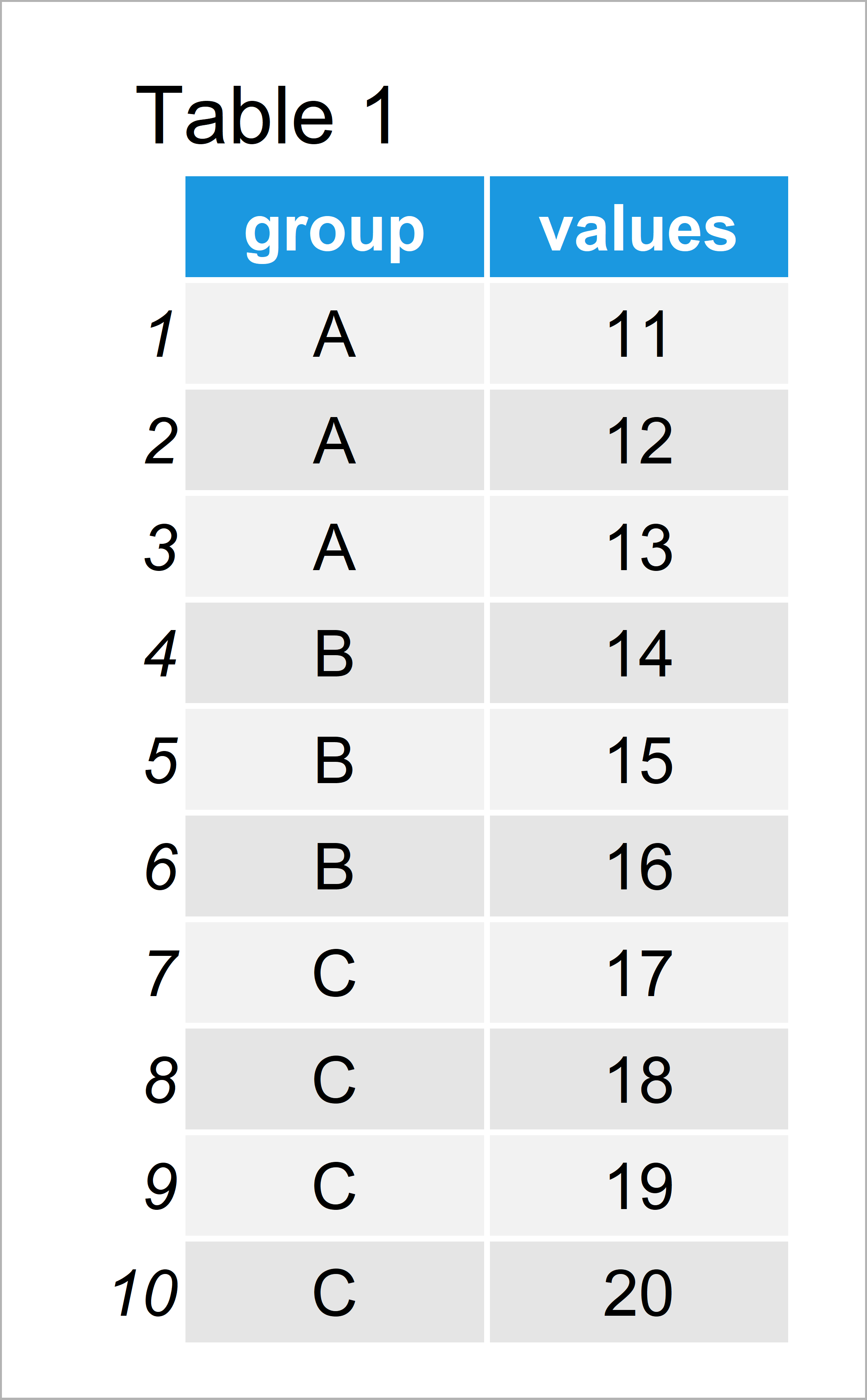 Have a look at the table that has been returned after running the previous R syntax. It shows that our exemplifying data is composed of ten rows and two columns.

The variable group defines the different groups of our data and the variable values contains corresponding values.

In this example, I’ll illustrate how to use the functions of the dplyr package to add a new column with lagged values for each group to our data frame.

Next, we can use the group_by, mutate, and lag functions of the dplyr package to create a new data frame containing a lagged variable by group: 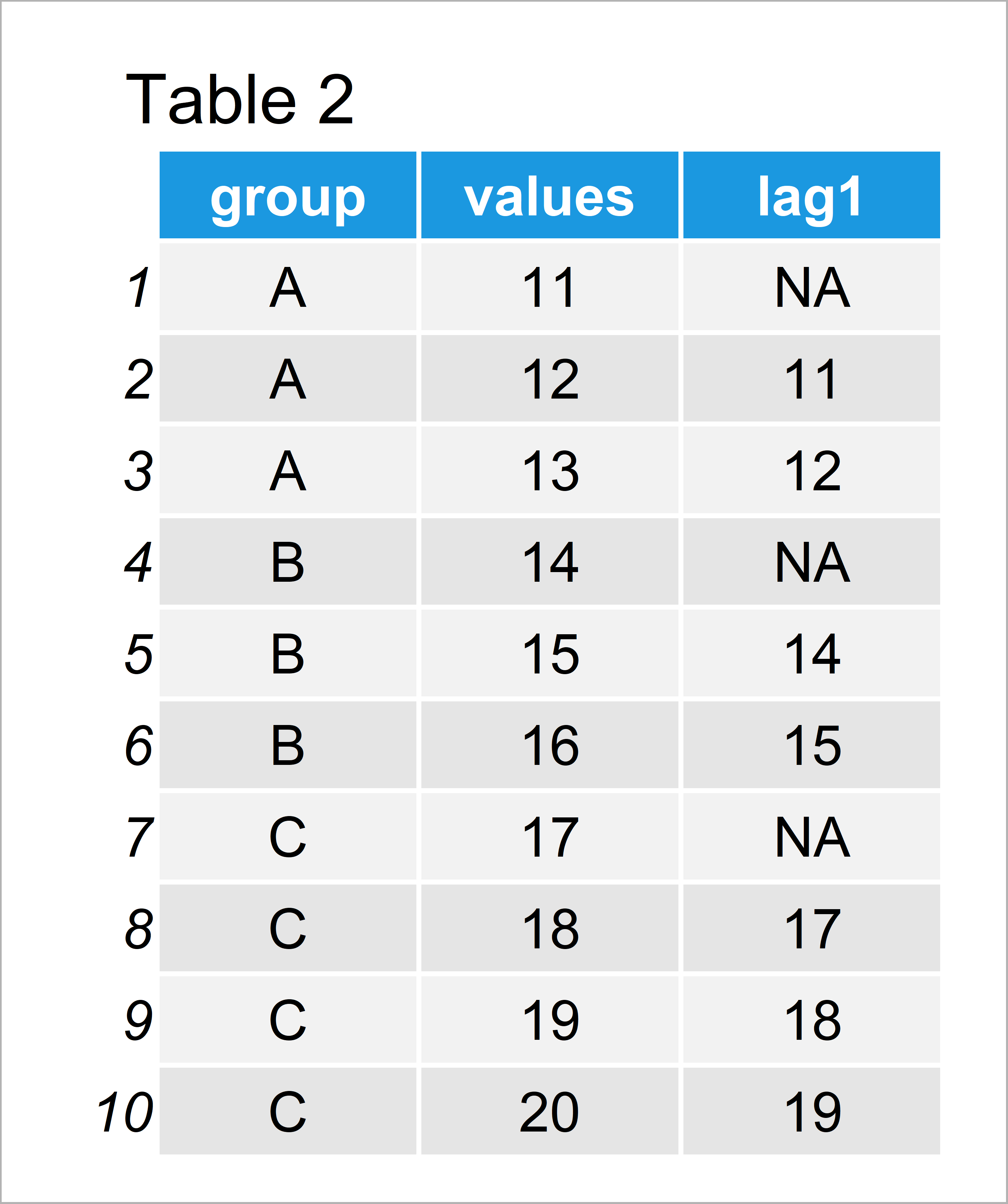 In Table 2 it is shown that we have created a new data frame with a new variable called lag1.

Please note that we have specified the name of the dplyr package in front of the mutate and lag functions, because functions with the same name are also contained in other R add-on packages.

Also note that we have converted the output of the dplyr functions to the data.frame class by using the as.data.frame function. You may remove this line of code in case you prefer to return a tibble instead of a data frame.

I have recently released a video on my YouTube channel, which shows the R programming codes of this article. You can find the video below.

You have learned in this tutorial how to create a lagged version of a variable by group in the R programming language. This is a very common task when dealing with time series data. In case you have additional questions, let me know in the comments section. 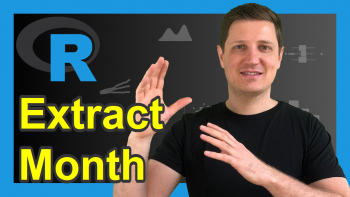 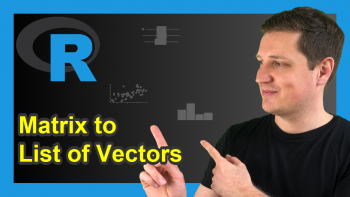