In this R tutorial you’ll learn how to split character strings by spaces.

To start with, we’ll need to create some data that we can use in the examples later on:

Have a look at the previous RStudio console output. It shows that our example data is a single character string object containing different alphabetical letters and numerous spaces.

Example 1 illustrates how to use the strsplit function to split our character string based on any number of spaces.

For this, we have to specify ” +” as a splitting condition:

Have a look at the previous output of the RStudio console. As you can see, we have created a character vector where each vector element was defined by the whitespace in our input character string.

Example 2 demonstrates how to apply the scan function to divide our character string into chunks.

Within the scan function, we have to specify the text and what arguments:

The previous output shows exactly the same character vector as in Example 1. Whether you prefer the strsplit or the scan function to divide your data based on spaces is a matter of taste.

Have a look at the following video of my YouTube channel. In the video, I’m explaining the topics of this tutorial in a live session.

In this R programming tutorial you have learned how to split a character string into a vector by any number of spaces. If you have further comments or questions, don’t hesitate to tell me about it in the comments section. 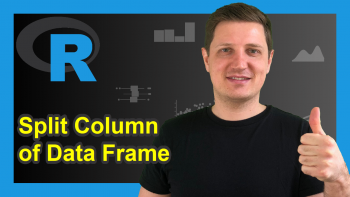 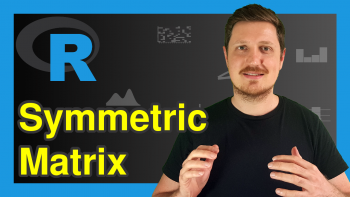