This article illustrates how to add new variables to data sets with the mutate & transmute functions of the dplyr package in the R programming language.

Before we can start with the application of mutate and transmute, we need to create some example data in R:

Note that our example data is a data.frame. However, we could also apply the code of this R tutorial to a tibble.

We also need to install and load the dplyr package of the tidyverse environment:

Now, we can move on to the programming examples…

The second example explains how to apply the transmute function and its difference compared to the mutate function. Let’s have a look at the transmute command in action:

The transmute function returns the same new variable as mutate. However, it does not retain our original data!

Have a look at the following video that I have published on my YouTube channel. I’m explaining the content of this article in the video.

In addition, you could have a look at the related tutorials on this website. I have released numerous posts about the dplyr package already:

Summary: You learned in this article how to create or transform variables of data frames and tibbles with dplyr in the R programming language. If you have additional comments and/or questions, let me know in the comments. 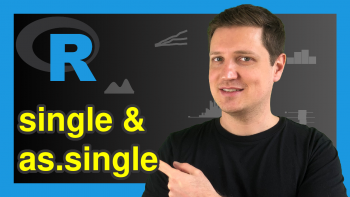 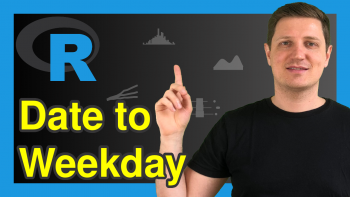