This tutorial demonstrates how to make comparisons of the columns of two data.table objects in the R programming language. For example, we may be interested in whether and how many of the data rows in two data.tables contain information about the same people.

The article consists of five examples, each of which shows a different comparison. More precisely, the page looks as follows:

We first have to install and load the data.table package, to apply the functions that are contained in the package:

Make sure to visit our data.table overview page here for more information on the package and different tutorials. The official R documentation of the functions of the data.table package can be found here, the CRAN page here, and the github page here.

Next, we’ll also have to construct some example data: 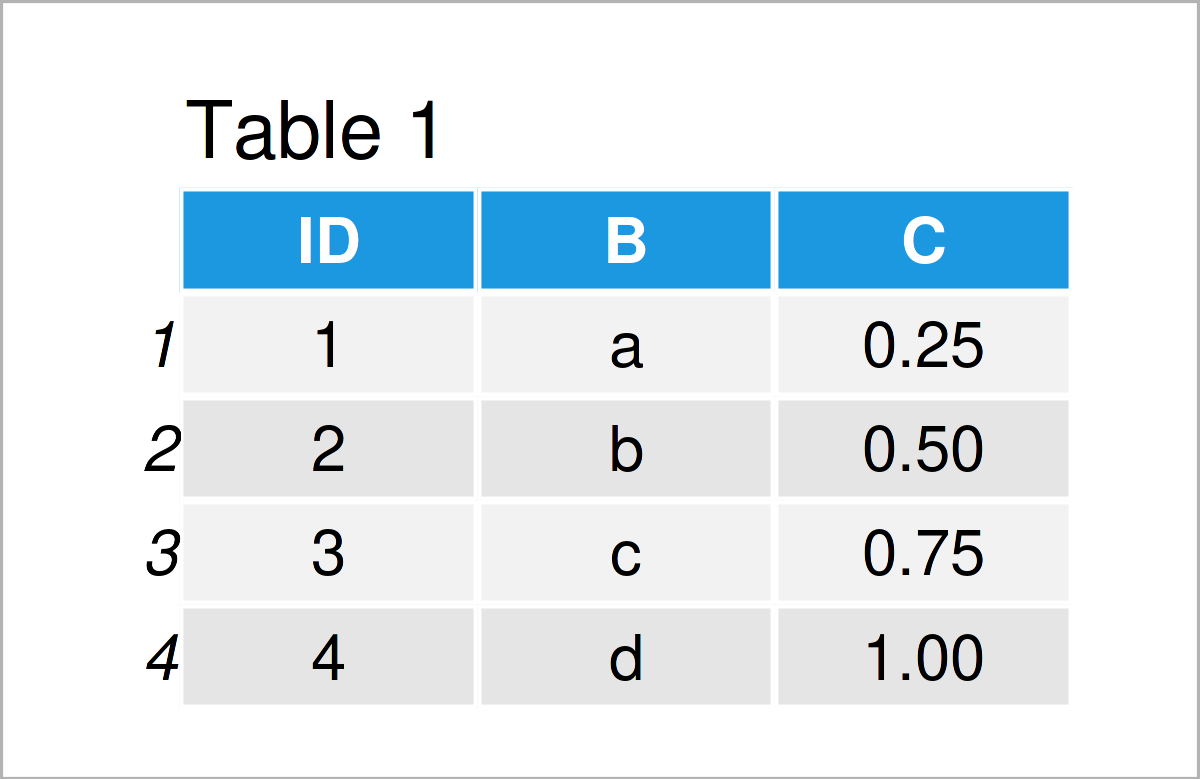 Have a look at the table that got returned after running the previous syntax. It shows that our example data is constructed of four rows and three columns. The variable ID is an integer, the variable B has the character class, and the variable C is numerical.

We generate a second data.table DT2.

By running the previous syntax, we have created Table 2, i.e. a data.table with the same structure and variable types and names as DT1, but different values.

Example 1: How Many Rows Correspond To The Same IDs?

One of the four unique IDs in DT1 is also present in DT2.

One of the two unique IDs in DT2 is also present in DT1.

Example 2: Position of IDs of One data.table Which Also Appear in Another

In this example, I’ll show how to evaluate the position of the IDs of one dataset which appear in another.

Example 3: Which IDs of One data.table Appear in Another

Example 3 explains how to see the value of the IDs of one dataset which appear in another.

Example 4: Get Rid of Duplicate Rows of One or Multiple data.table Objects

In this example, I’ll illustrate how to merge the information of two data.tables and get rid of duplicate information. 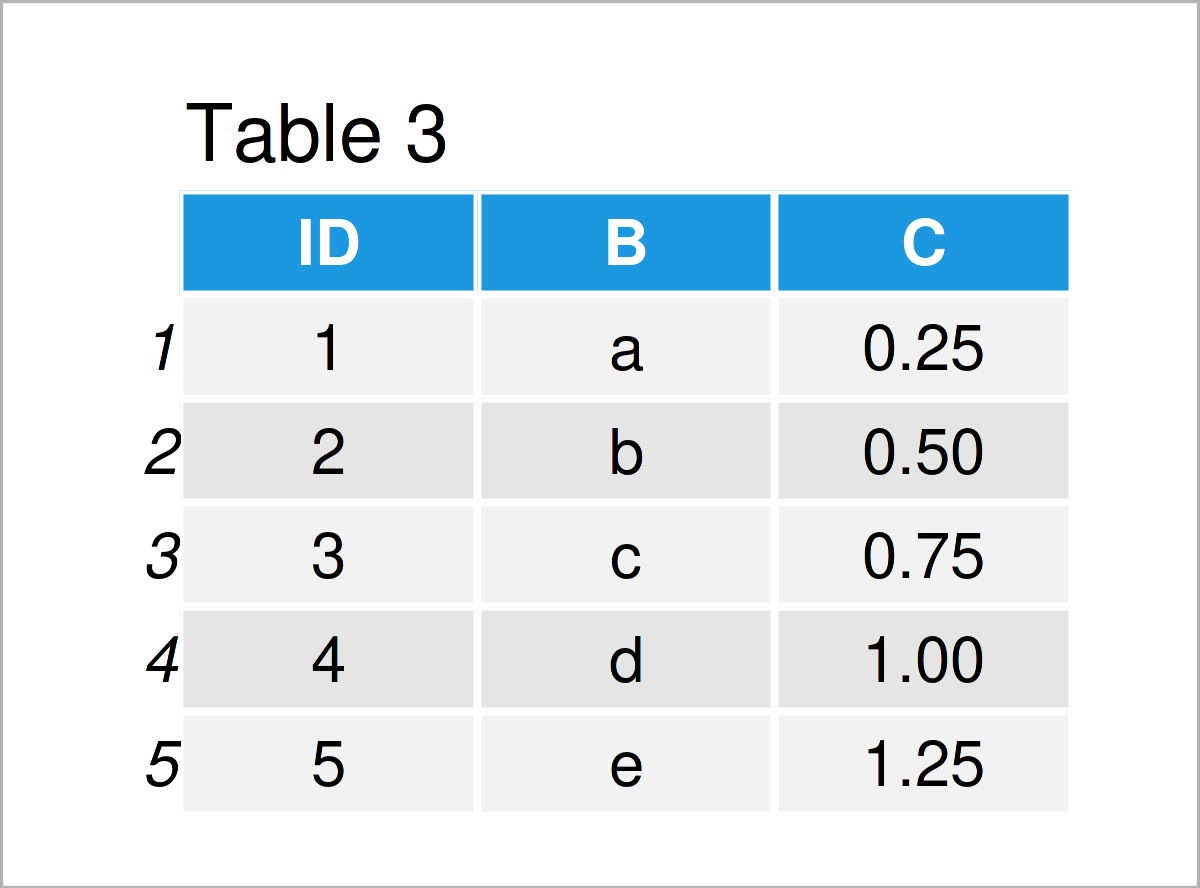 As shown in Table 3, the previous code has created a data.table. With argument all = TRUE, function merge.data.table() joins the information of two data.tables and removes duplicate information. That is, both DT1 and DT2 contained the same information on ID=4, but only one data row appears for ID=4 in the merged data.table DT_12.

Example 5: Get Number of Exact Duplicate Rows of Two data.tables

The following R programming syntax demonstrates how to output the number of data rows which are exact duplicates in two data.tables. In the first step, we stack the information of the two data.tables DT1 and DT2 on top of each other. That is: They are combined row-wise. 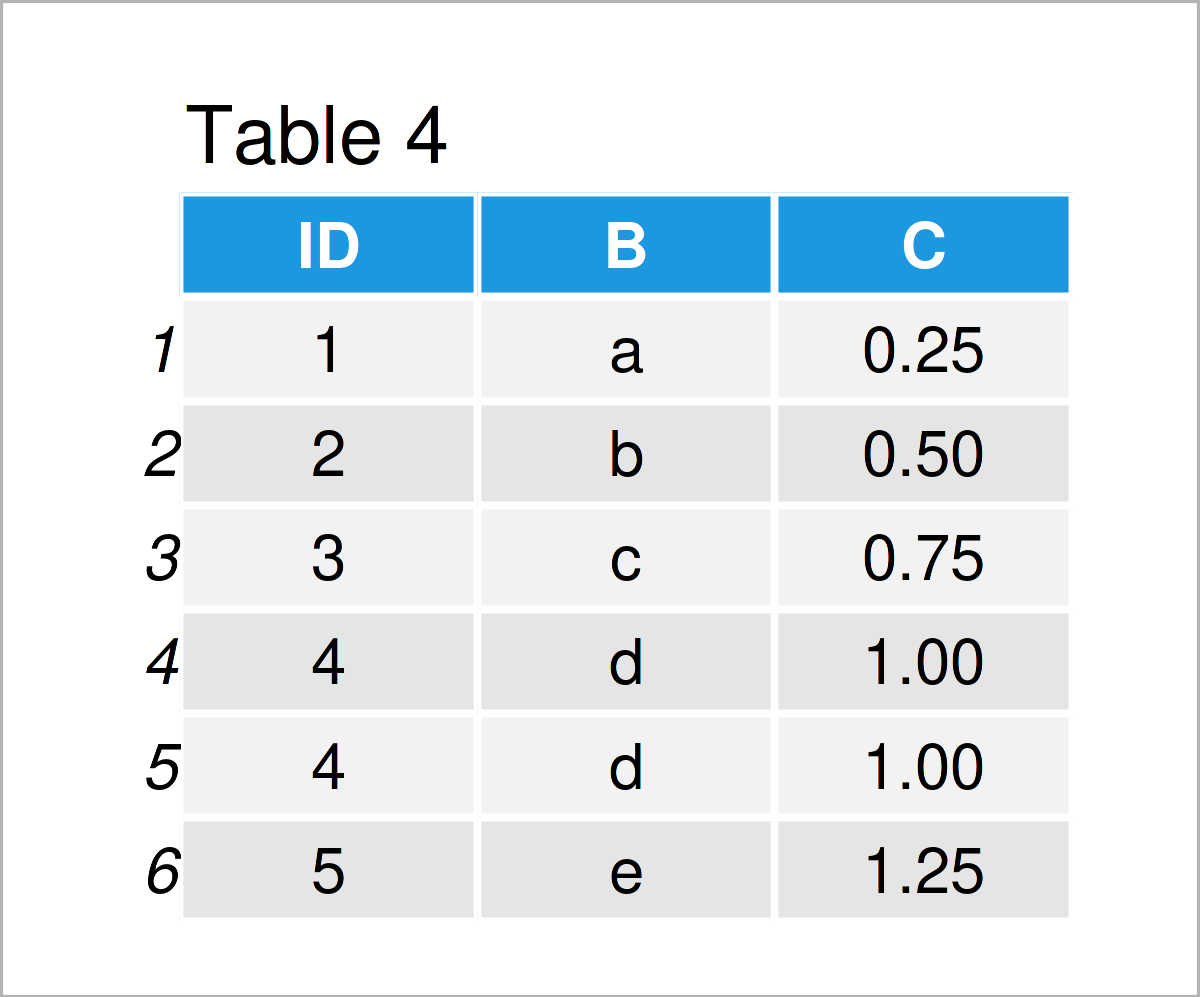 In Table 4 the row-wise combination of the two data.tables is shown. You can see that there is a duplicate data row with ID=4.

We use function duplicated() which returns a logical vector indicating whether the information of a data row is a duplicate of a previous data row. To get the number of duplicates, we take the sum (sum()) of this vector.

Have a look at the following video on my YouTube channel. In the video, I explain the R programming codes of this tutorial.

In this R article, you have learned how to make different comparisons of the columns of two data.tables. In case you have any additional questions, please let me know in the comments section. 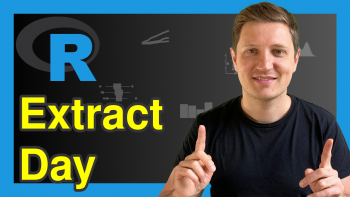 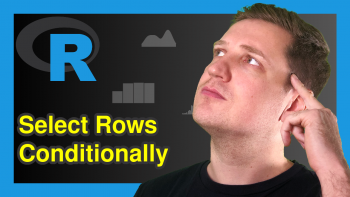