This tutorial illustrates how to create a new variable based on existing columns of a data frame in R. 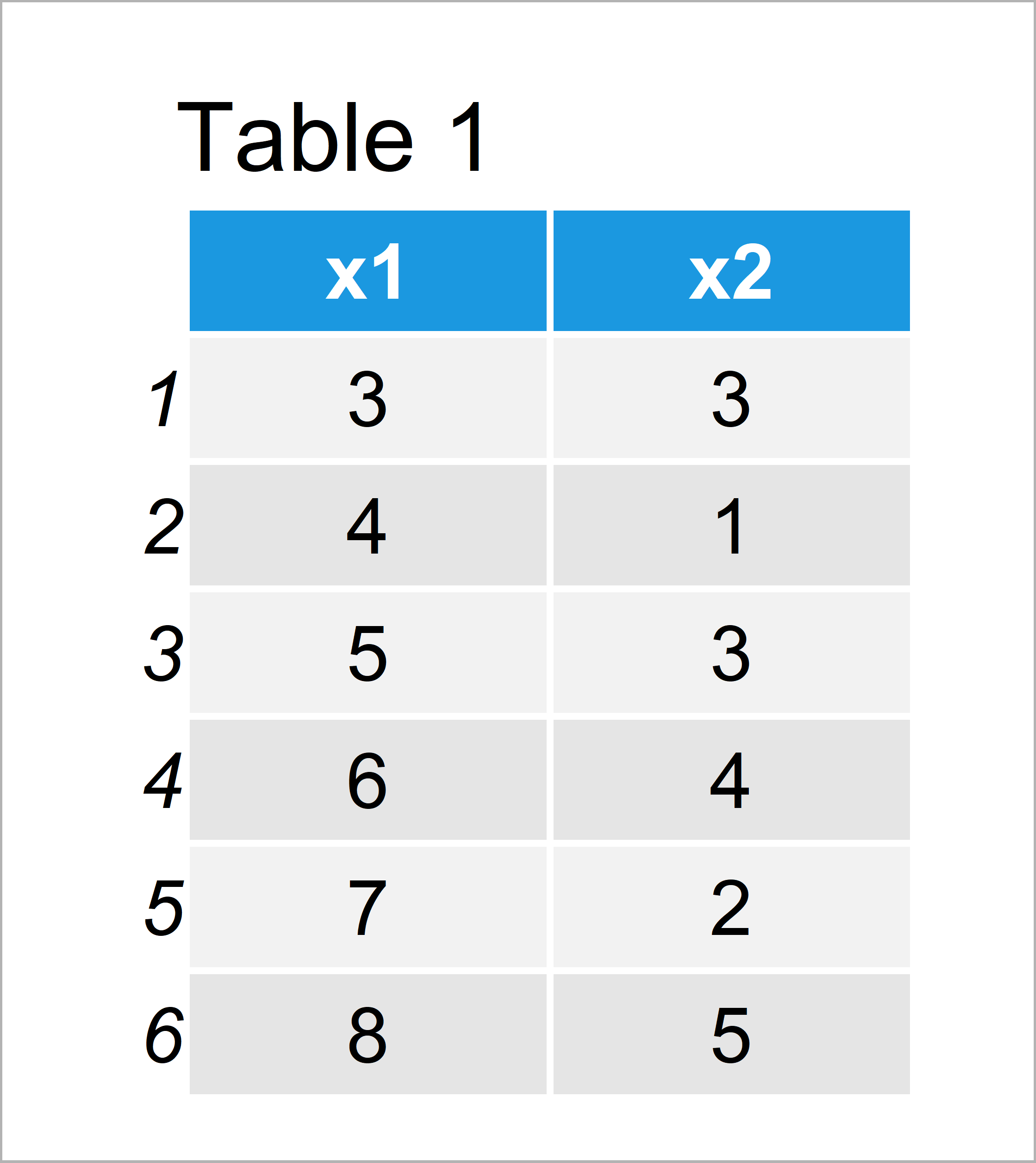 Have a look at the previous table. It shows that our example data has six rows and two variables.

Example 1: Create New Variable Based On Other Columns Using $ Operator

In Example 1, I’ll illustrate how to append a new column to a data frame using other columns by applying the $ operator in R.

More precisely, we create a new variable that contains the sum of the first and of the second column. 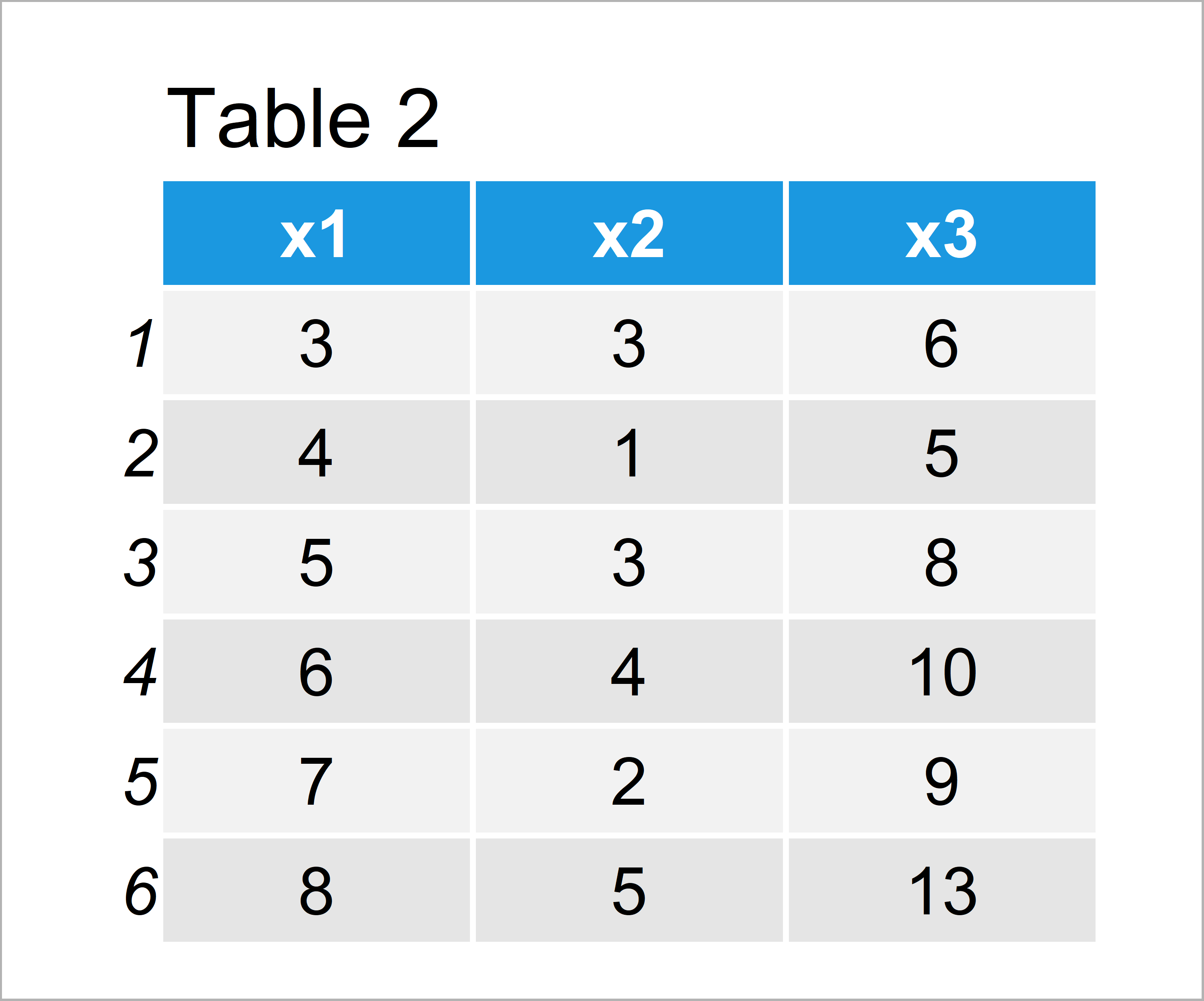 In Table 2 it is shown that we have created a new data frame consisting of one more variable. This new variable consists of the sum values of our two other variables.

An alternative to the R syntax shown in Example 1 is provided by the transform function.

In this section, I’ll illustrate how to use the transform function to add a new variable to our data frame that contains the sum of the first two variables. 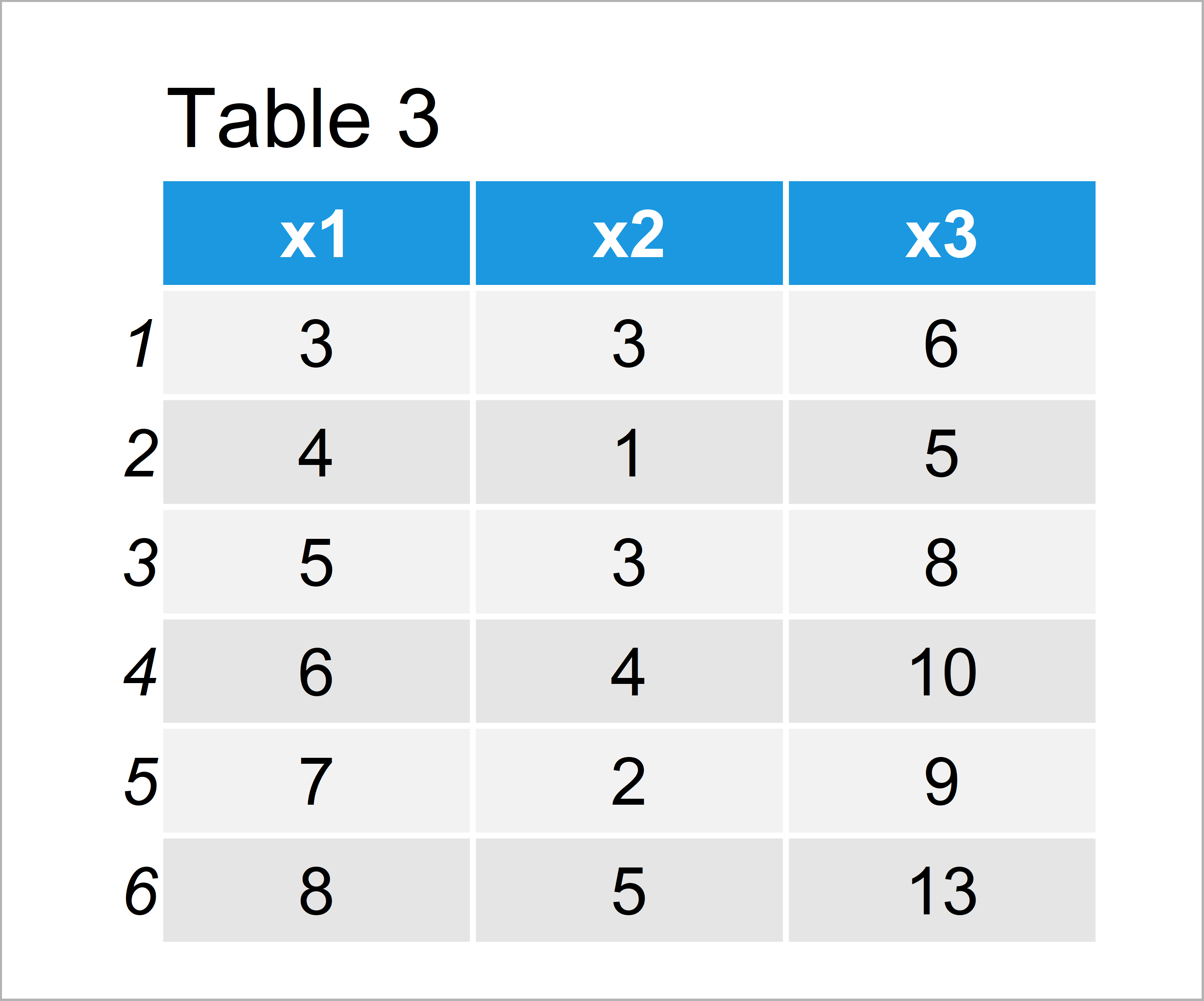 The output of the previous syntax is shown in Table 3. This table contains exactly the same values as the previous table that we have created in Example 1. However, this time we have used the transform function to create a new variable based on already existing columns.

Furthermore, you might want to have a look at the related articles of this website. I have released several other articles already.

This article has illustrated how to add a new data frame variable according to the values of other columns in the R programming language. Let me know in the comments below, in case you have additional questions. 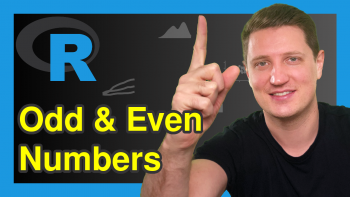 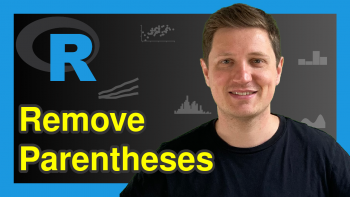