In this tutorial you’ll learn how to apply the textxy function to add text labels to plots in the R programming language. 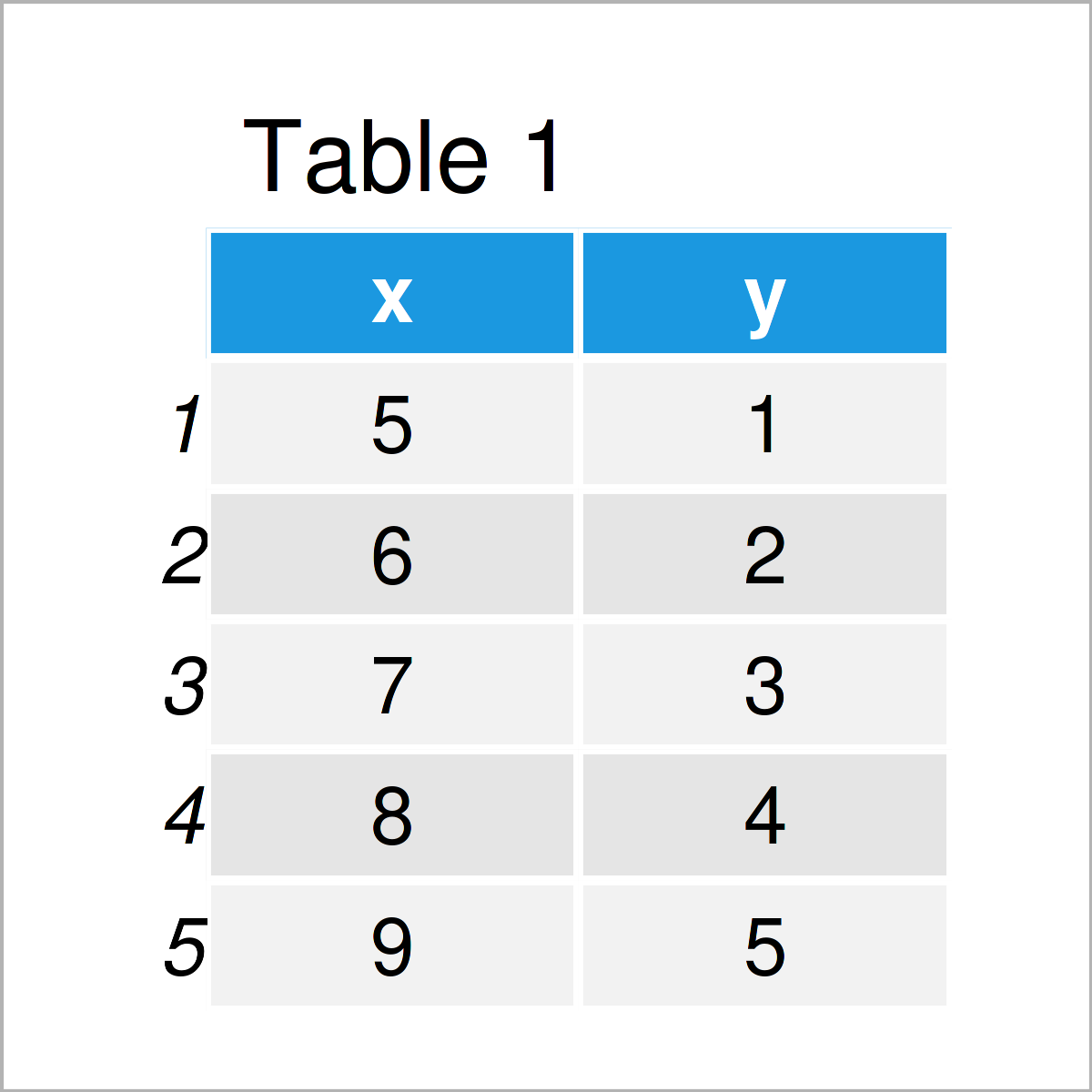 Table 1 shows the structure of our example data: It comprises five observations and two integer columns.

Next, we can plot the data in a scatterplot without any additional text elements: 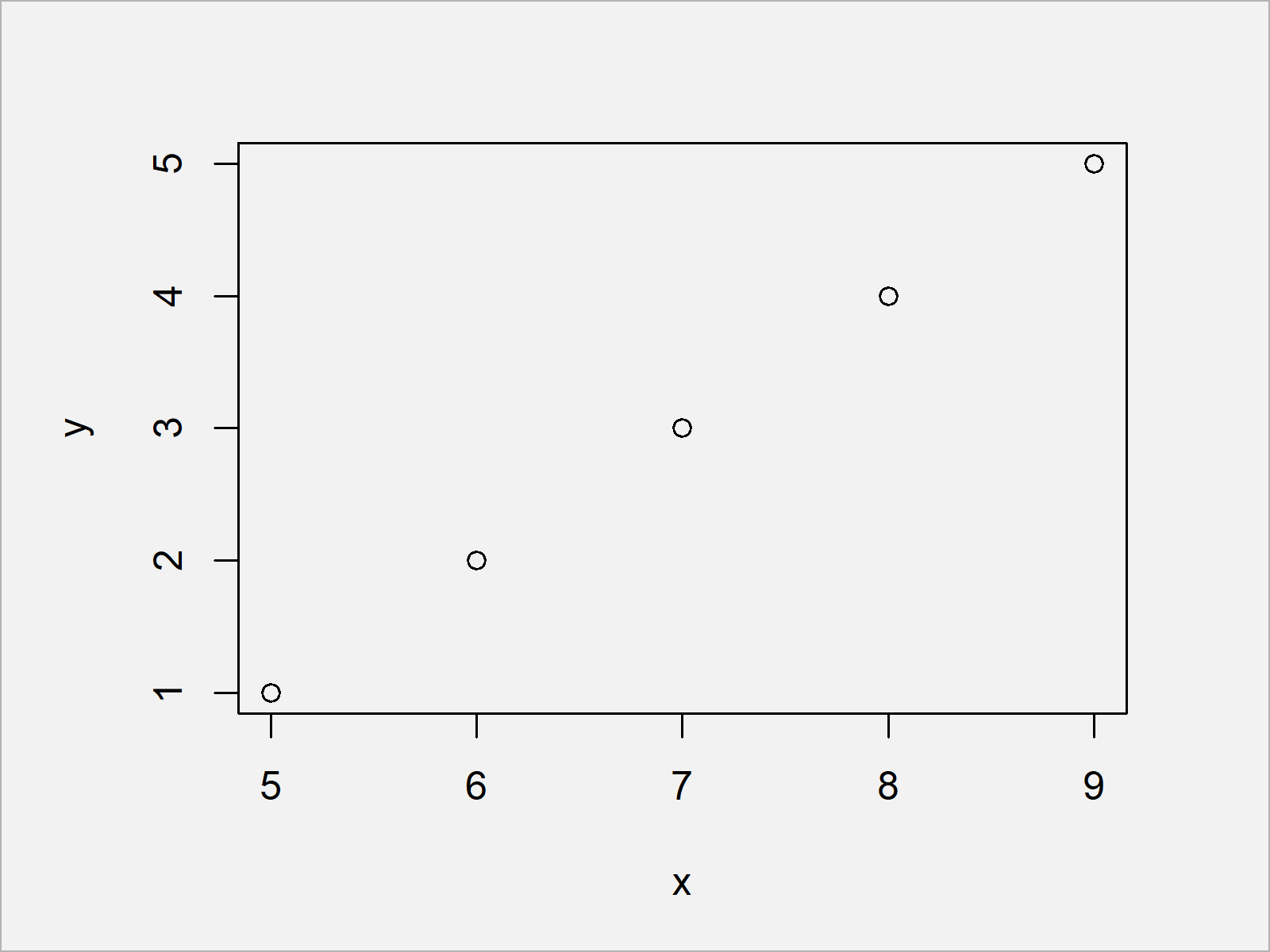 After executing the previous R programming syntax the Base R scatterplot shown in Figure 1 has been created.

For the following tutorial, we’ll also have to install and load the calibrate package to RStudio:

After installing and loading the calibrate package, we can apply the textxy function that we will use in the following examples of this tutorial.

The following syntax explains how to use the textxy command to add a simple text element with default specification to a Base R plot. 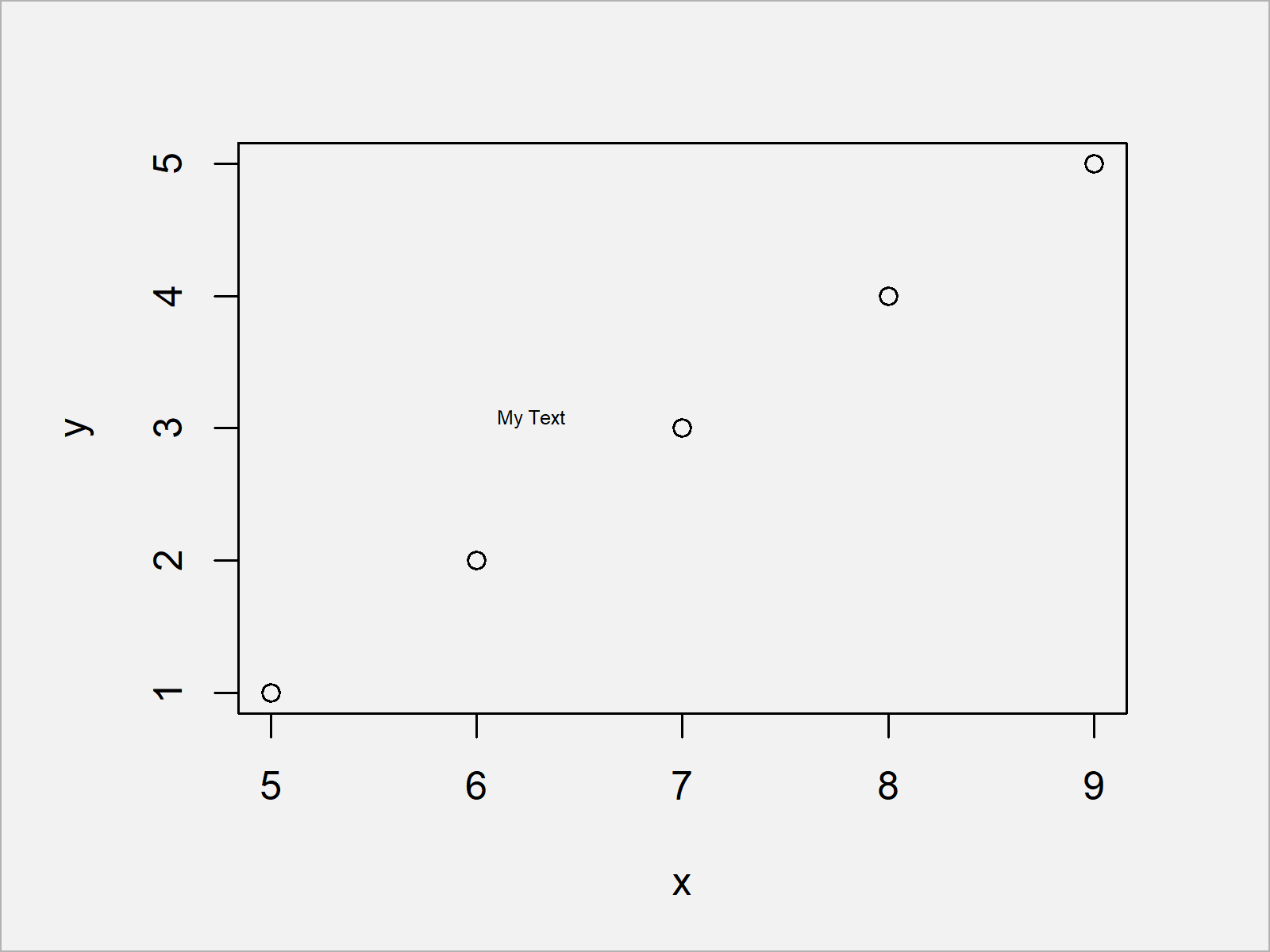 As you can see in Figure 1, we have added a single text element at the xy-coordinates 6 and 3.

Example 2 explains how to insert multiple text elements to a graphic using a single call of the textxy function.

To achieve this, we have to specify a vector to each of the arguments within the textxy command: 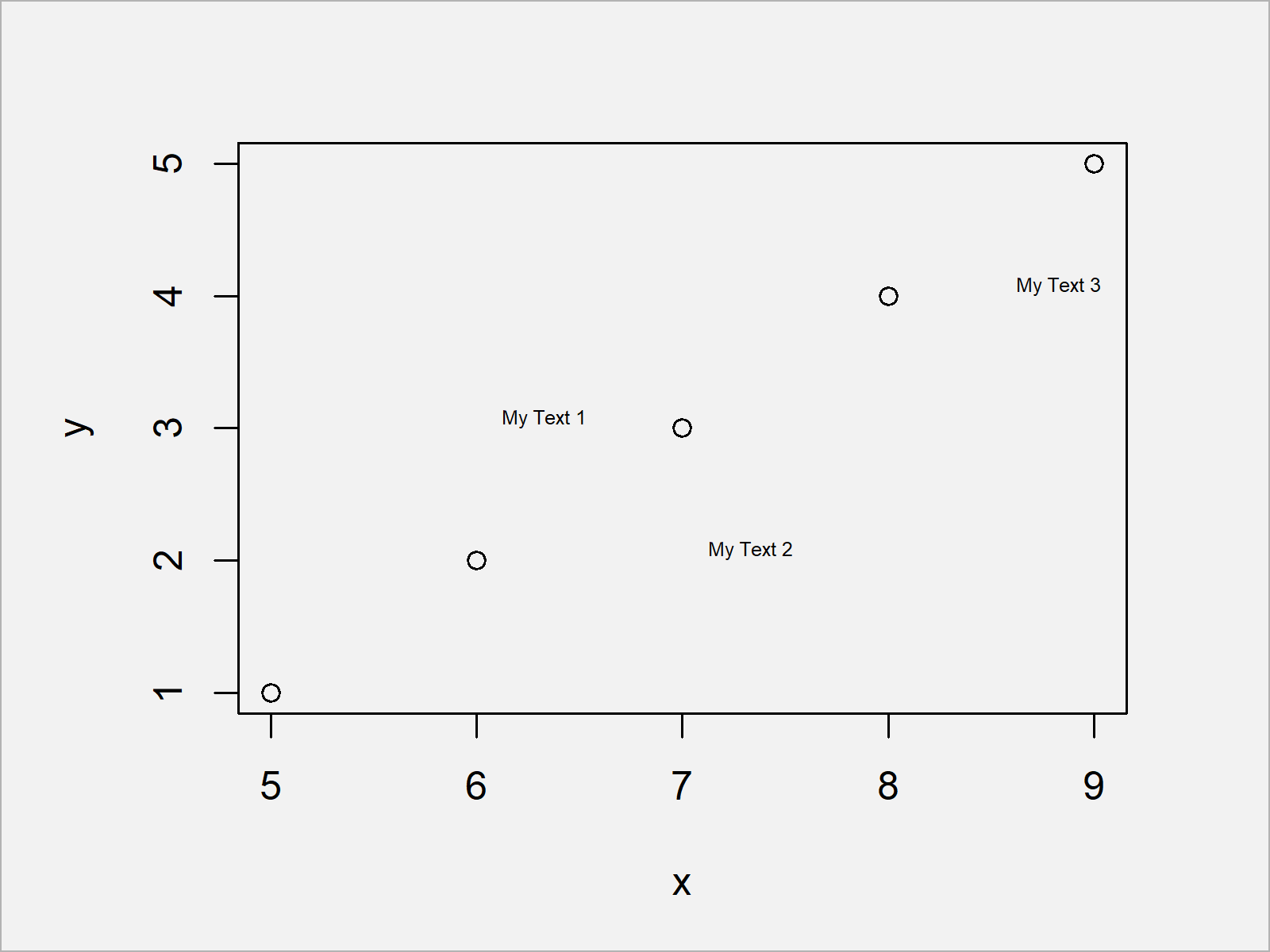 Figure 2 visualizes our updated graph. We have annotated several different text elements to this plot.

The following R code shows how to change the font size of the text elements added by the textxy function.

For this task, we have to increase or decrease the cex argument: 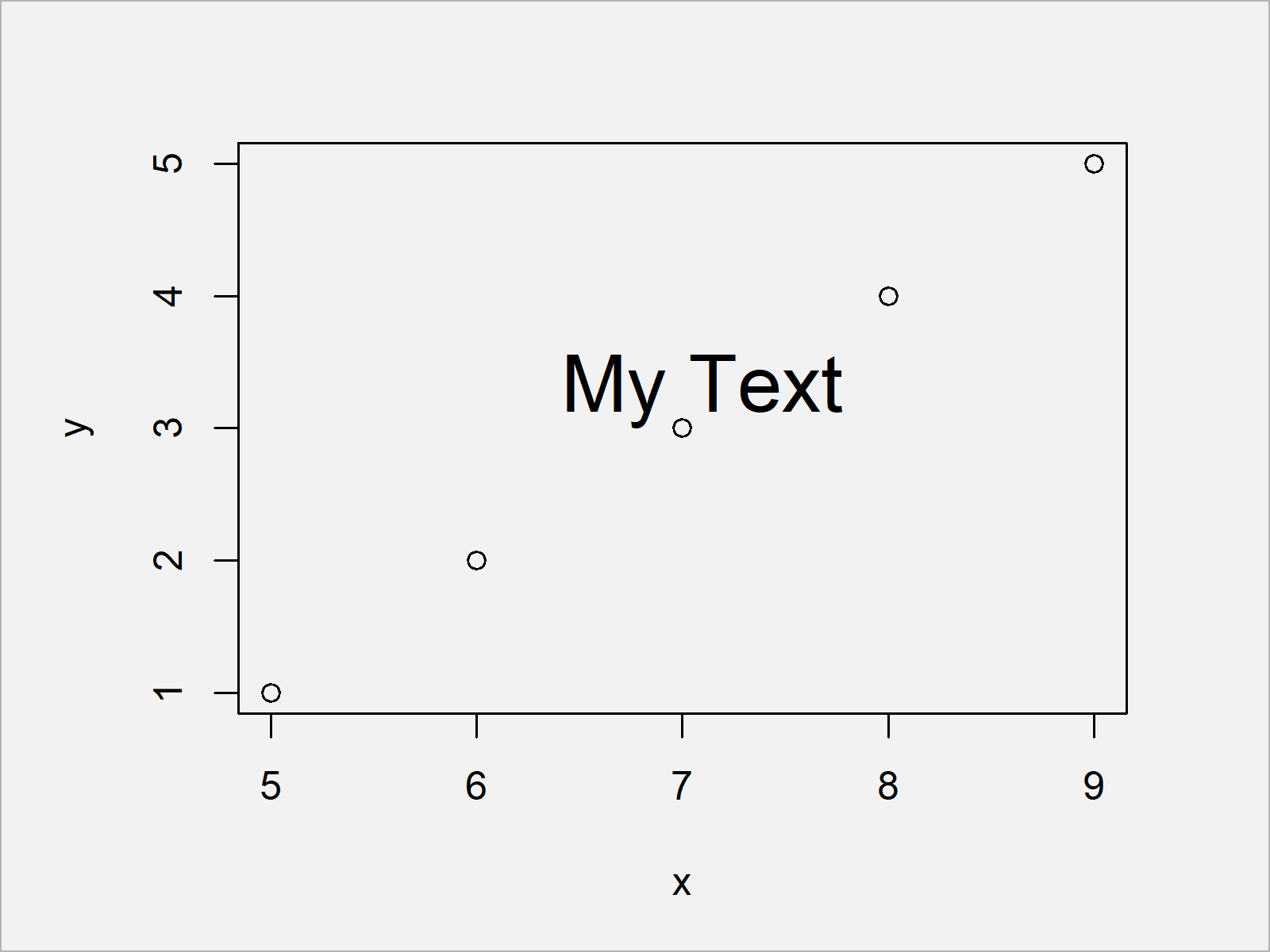 The following R programming code demonstrates how to change the color of our text element using the col argument: 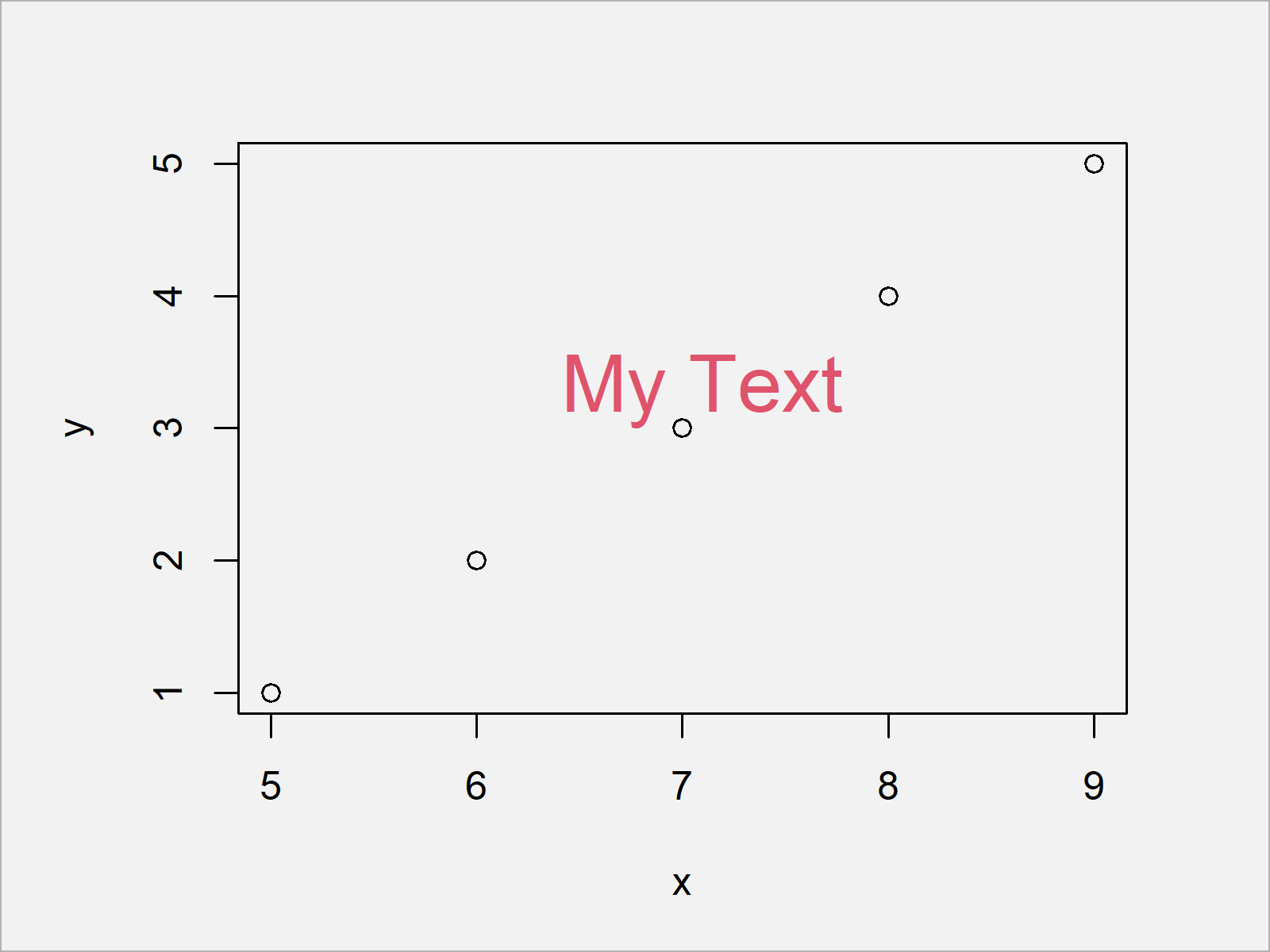 In this case, we have used the color red. However, you may use any hex color code that you want.

Do you need more explanations on the R programming syntax of this article? Then you might want to have a look at the following video on my YouTube channel. In the video, I’m explaining the topics of this article:

You have learned in this article how to apply the textxy function in the R programming language. Don’t hesitate to let me know in the comments, if you have further comments or questions. 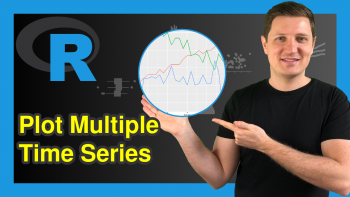 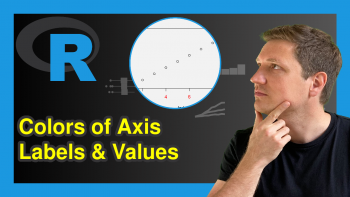