In this tutorial, I’ll illustrate how to add text to graphics using the text() function in the R programming language.

Definition: The text R function draws text elements to plots in Base R.

In the following, I’ll show three examples for the application of the text function in the R programming language. 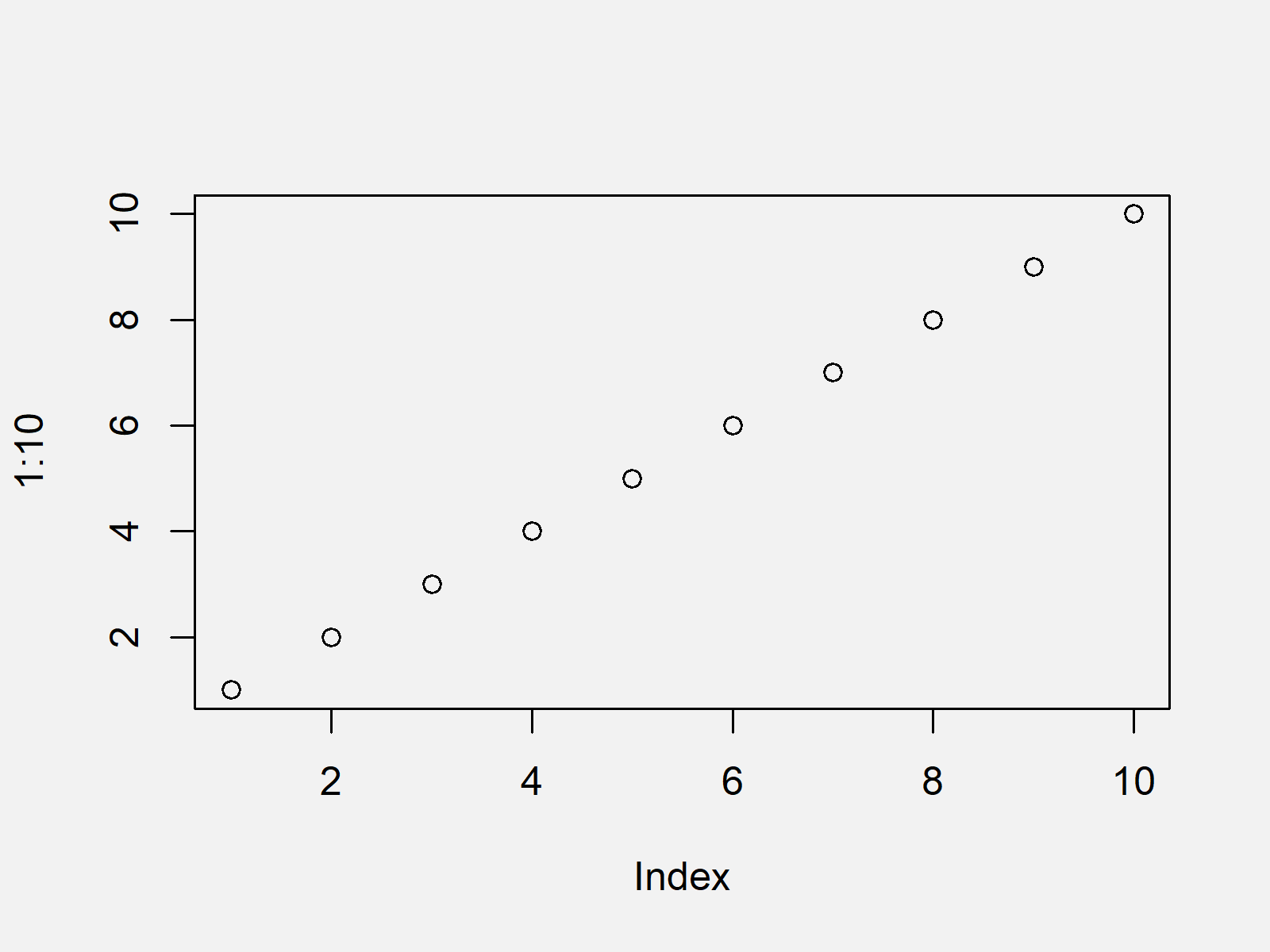 The output of the previous R programming syntax is shown in Figure 1 – Our example plot is a scatterplot showing ten data points that are ranging from 1 to 10. Note that we could also apply the following examples to other Base R plot types such as boxplots, barcharts, histograms, and density plots.

Example 1 shows the basic application of the text function in the R programming language. Within the text function, we have to specify the x- and y-coordinates and the text we want to annotate as character string: 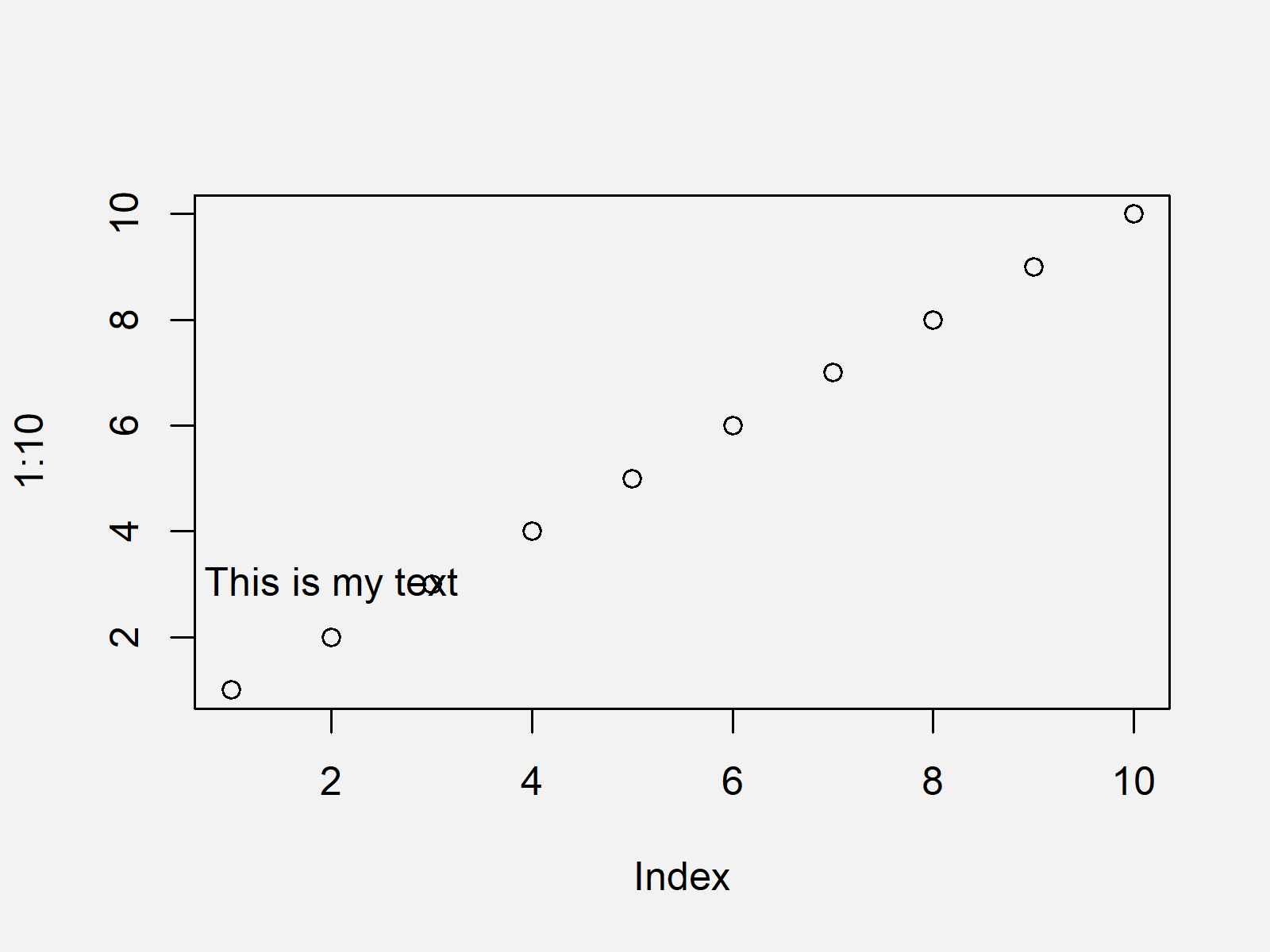 Figure 2 shows the output of the previous syntax – Our example graph and a text element at the bottom left corner of the plot. 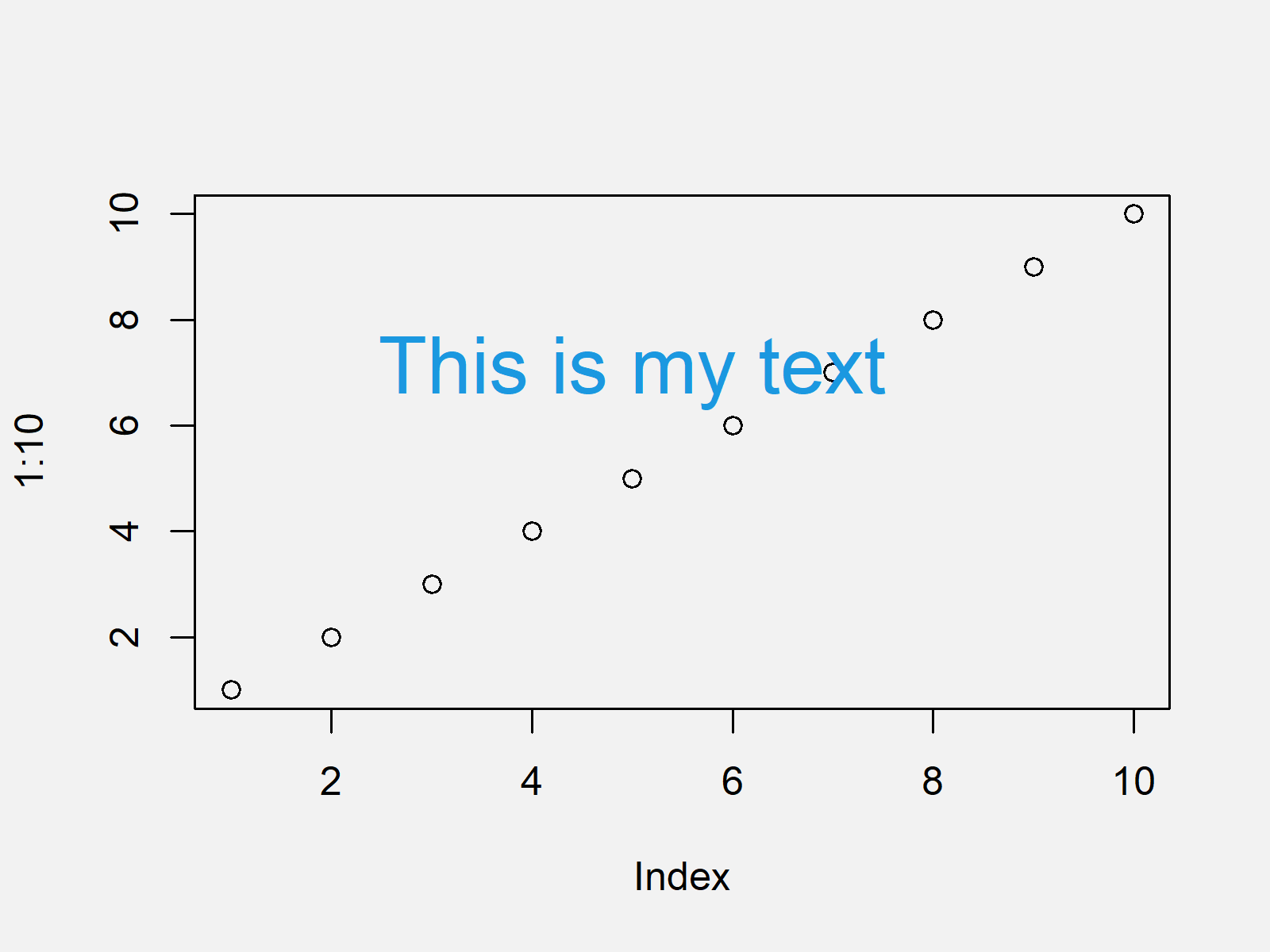 Figure 3 shows the output of the previous R programming code: Our example plot with a blue text element and a text with larger size.

Note that we can assign any hex color code to the col argument, or we could use predefined colors such as red, yellow, orange and green. Also note that the larger the values assigned to the cex argument gets, the larger (or smaller) gets the text shown in the graph.

In Example 3, I’ll show how to add multiple texts to our plot. For this, we simply need to apply the text command several times: 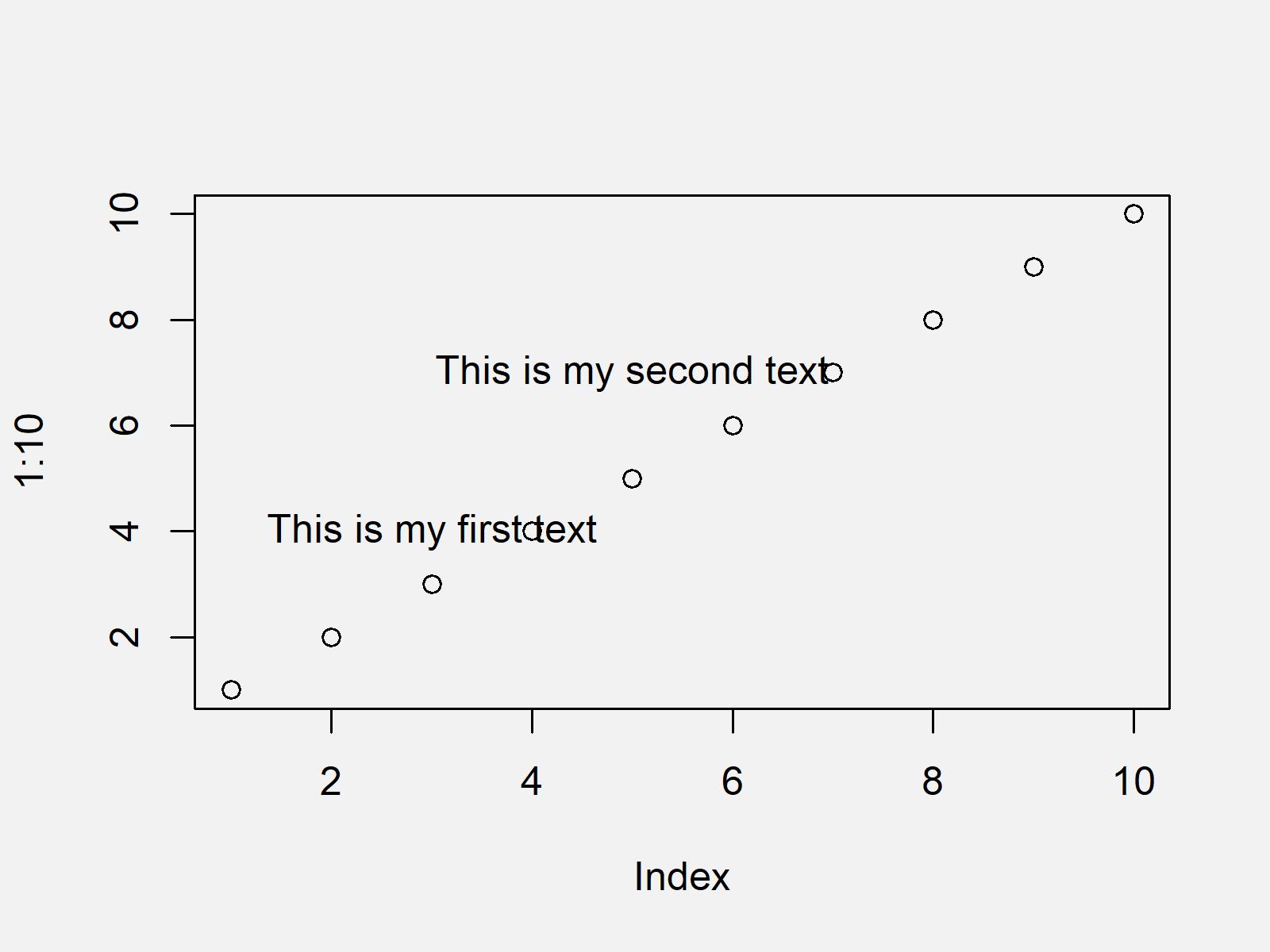 The output of the previous syntax is shown in Figure 4 – Our example plot with two sentences.

I have recently released a video on my YouTube channel, which explains the R codes of this article. You can find the video below:

In addition, you might want to have a look at the related tutorials that I have published on my website. Note that this tutorial explained how to add text to Base R plots. Below you can find tutorials for other graphical environments such as the ggplot2 package of the tidyverse or the plotrix package.

In this post, I illustrated how to apply the text function in the R programming language. If you have further comments or questions, don’t hesitate to let me know in the comments section below. 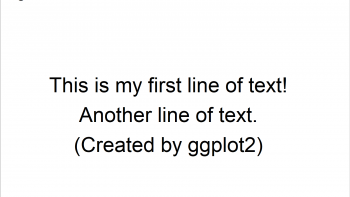 Plot Only Text in R (2 Examples)