On this page you’ll learn how to replace the row names of a data frame by the values in a vector in the R programming language.

In this example, I’ll show how to rename the rows of a data frame based on a vector of names. First, we have to create such a vector in R:

As you can see, our vector consists of numeric values ranging from 11 to 15.

Now, we can use the rownames function to adjust our row names:

Have a look at the previous output of the RStudio console: It shows that the row names of our data frame were substituted by the values in our vector.

It is also possible to convert the values in a variable of our data frame to the row names.

As you can see, the row names are equal to the values in the column x2. Also note that this time we have used characters instead of numeric values.

Do you need more info on the R codes of the present tutorial? Then I can recommend to have a look at the following video tutorial of my YouTube channel. I show the R programming code of this post in the video tutorial:

Also, you could have a look at the related articles of this website.

You learned in this tutorial how to exchange data frame row names in R. In case you have any further comments and/or questions, don’t hesitate to let me know in the comments below. 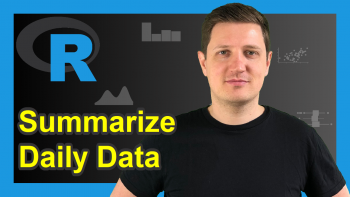 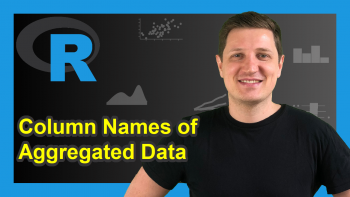