This article explains how to apply the sprintf() function in R. First, let’s have a look at the basic R syntax and the definition of sprintf:

In this tutorial, I’ll show you based on six examples how to use sprintf in the R programming language.

Let’s move straight to the examples…

The first example explains how to modify the number of decimal places with sprintf. I’m going to use the following numeric data object for the examples of this tutorial:

We can control the number of decimal places by adding a point and a number between the percentage sign and the f. For instance, we can print ten digits after the decimal point…

…or we can round our numeric input value to only two digits after the decimal point:

Note: The output of sprintf is a character string and not a numeric value as the input was.

…or with decimal places…

…or we can print blanks at the right side of our output by writing a minus sign in front of the number within the sprintf function:

It is also possible to combine numeric with non-numeric inputs. The following R code returns a plus sign in front of our example number…

…and the following R code prints a percentage sign at the end of our number:

The sprintf R function is also used to control exponential notation in R. The following syntax returns our number as scientific notation with a lower case e…

…and the following code returns an upper case E to the RStudio console:

We can also control the amount of decimal zeros that we want to print to the RStudio console. The following R code prints our example number without any decimal zeros…

…and by adding a number before the g within the sprintf function we can control the amount of decimal zeros that we want to print:

So far, we have only used a single numeric value (i.e. our example data object x) as input for sprintf. However, the sprintf command allows as many input values as we want.

Furthermore, we can print these input values within more complex character strings. Have a look at the following sprintf example:

Of cause we could use sprintf in even more complex settings. Have a look at the sprintf examples of the R help documentation, if you are interested in more complex examples: 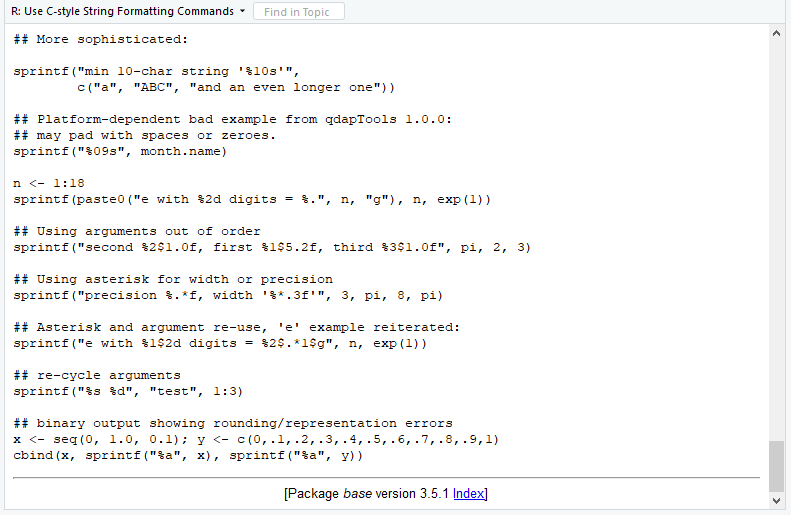 The sprintf function is obviously only one of many R functions for the Handling of character strings. A similar function to sprintf is the paste function. If you want to learn more about paste, you could have a look at the following YouTube video of Jonatan Lindh:

Also have a look at the other tutorials of this website. I have already published several tutorials on the handling of character strings in R:

This tutorial showed you how to use the sprintf function in R. In case you have any further questions, let me know in the comments below. 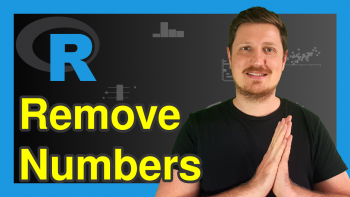 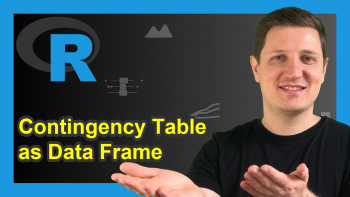