In this tutorial, I’ll explain how to repeat the elements of a character string multiple times in R programming.

The tutorial will contain two examples for the repetition of strings. More precisely, the content looks as follows:

Have a look at the previous output of the RStudio console. It shows that our example data is a character string object containing the alphabetical letters “ABC”.

The following syntax explains how to repeat a character string N times and concatenate it in the same element.

Example 2 explains how to create a vector where an input character string is repeated as multiple vector elements:

As you can see based on the previous output, we have created a vector with five vector elements. Each of these elements contains the character string “ABC”.

Do you want to learn more about character strings in R? Then I recommend watching the following video of my YouTube channel. I show the R programming syntax of this article in the video instruction.

In addition, you could read some of the other articles of my homepage. Some tutorials are listed below:

Summary: In this R tutorial you have learned how to replicate a character string several times. In case you have additional questions, please let me know in the comments section. Besides that, please subscribe to my email newsletter to receive updates on the newest articles. 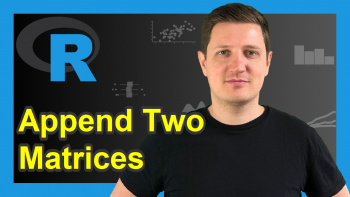 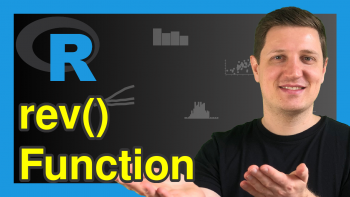