This tutorial demonstrates how to apply the round_any function of the plyr package in the R programming language.

Have a look at the previous output of the RStudio console. It shows that our example data contains ten randomly distributed numeric values.

We also have to install and load the plyr package (note that we are talking about the plyr, not the dplyr package), if we want to use the corresponding commands and functions:

We are set up! Let’s move on to the application of the round_any function in R.

Example 1: Round with Accuracy of 1 Using round_any() Function of plyr Package

This example illustrates how to round to the closest multiplier of 1 (in other words: an accuracy of 1) using the round_any function.

The previous output shows that we have created a new data object called x_round1, where the values in our input vector x have been rounded to the closest multiplier of the value 1.

Example 2: Round with Accuracy of 0.25 Using round_any() Function of plyr Package

The round_any function can be used to round to basically any multiplier you want.

Example 2 illustrates how to round to the closest multiplier of 0.25:

Would you like to learn more about the application of the round_any function of the plyr package? Then you may want to have a look at the following video on my YouTube channel. In the video, I demonstrate the R codes of this tutorial in RStudio.

Furthermore, you could read the related articles on my website.

Summary: You have learned in this article how to use the round_any function in the R programming language. Let me know in the comments section, in case you have further questions. 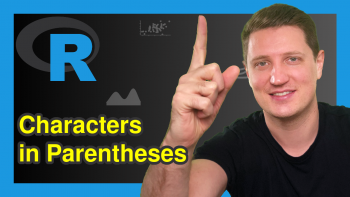 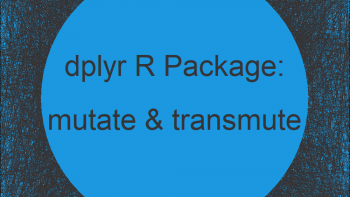