In this article you’ll learn how to delete outlier values from a data vector in the R programming language.

The previous output of the RStudio console shows the structure of our example data – It’s a numeric vector consisting of 1000 values.

Now, we can draw our data in a boxplot as shown below:

boxplot(x) # Create boxplot of all data 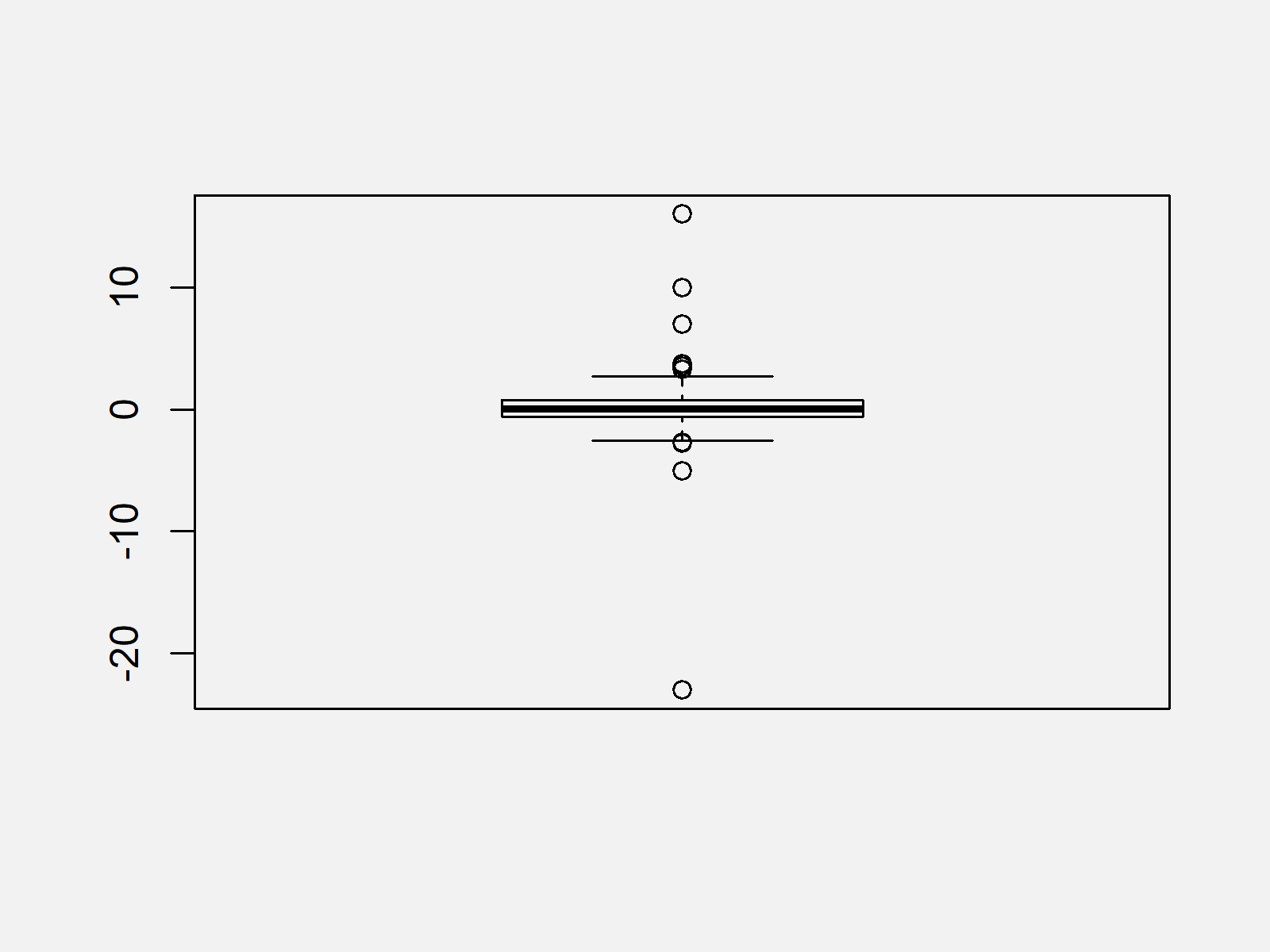 As shown in Figure 1, the previous R programming syntax created a boxplot with outliers.

In this Section, I’ll illustrate how to identify and delete outliers using the boxplot.stats function in R. The following R code creates a new vector without outliers:

Let’s check how many values we have removed:

We have removed ten values from our data. Note that we have inserted only five outliers in the data creation process above. In other words: We deleted five values that are no real outliers (more about that below).

However, now we can draw another boxplot without outliers: 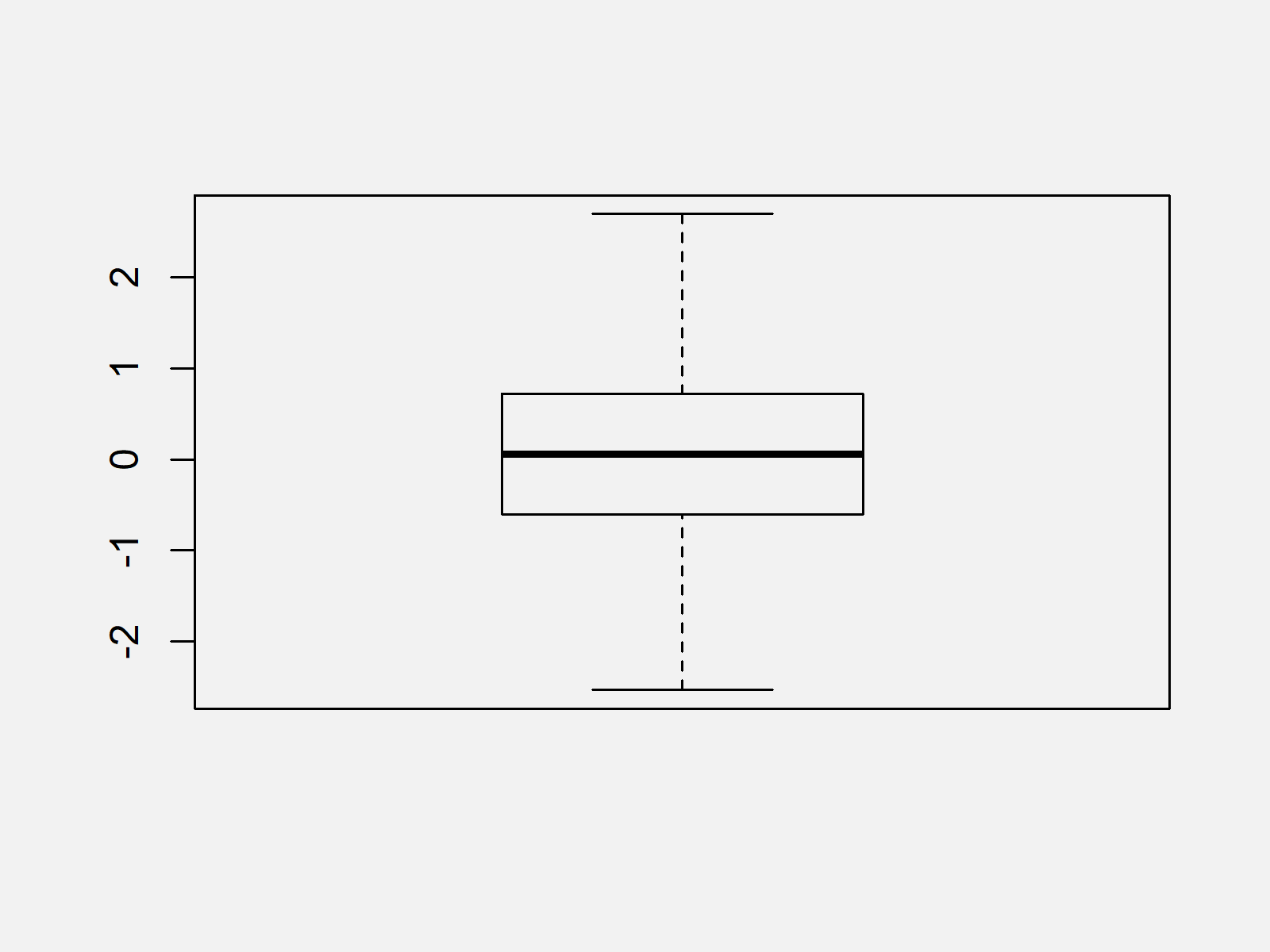 The output of the previous R code is shown in Figure 2 – A boxplot that ignores outliers.

Important note: Outlier deletion is a very controversial topic in statistics theory. Any removal of outliers might delete valid values, which might lead to bias in the analysis of a data set.

Furthermore, I have shown you a very simple technique for the detection of outliers in R using the boxplot function. However, there exist much more advanced techniques such as machine learning based anomaly detection.

I strongly recommend to have a look at the outlier detection literature (e.g. this article) to make sure that you are not removing the wrong values from your data set.

I have recently published a video on my YouTube channel, which explains the topics of this tutorial. You can find the video below.

Furthermore, you may read the related tutorials on this website.

This tutorial showed how to detect and remove outliers in the R programming language. Please let me know in the comments below, in case you have additional questions.