In this tutorial you’ll learn how to estimate a linear regression model without intercept in the R programming language. 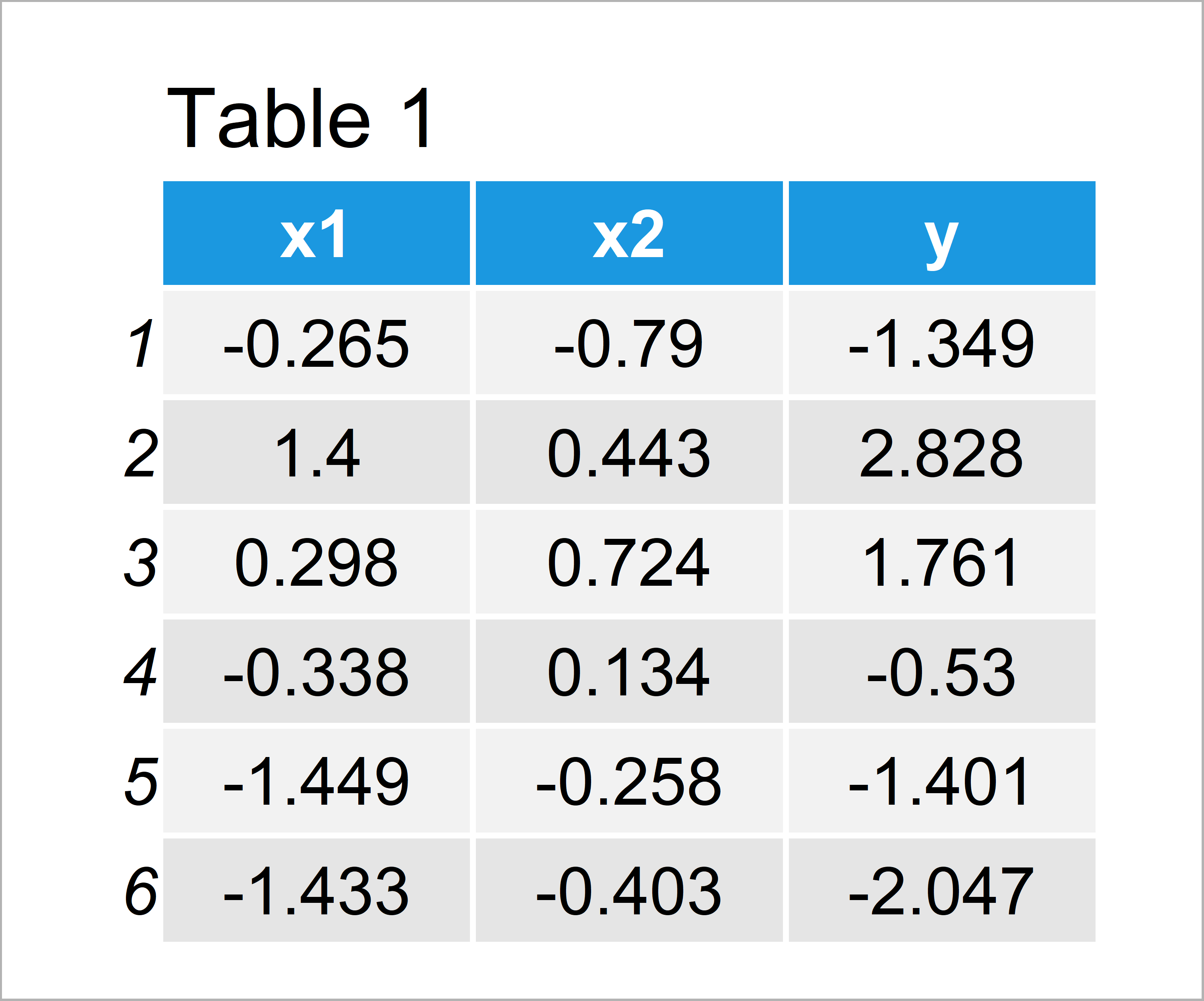 Table 1 shows that our exemplifying data has 100 rows and three columns. The variable x1 and x2 will be used as predictors and the variable y will be our outcome variable.

In Example 1, I’ll explain how to estimate a linear regression model with default specification, i.e. including an intercept.

In the following R code, we use the lm function to estimate a linear regression model and the summary function to create an output showing descriptive statistics of our model:

As you can see in the previous output of the RStudio console, our regression model shows estimates for the two independent variables x1 and x2 as well as for the intercept.

Do you want to get rid of the intercept? Keep on reading…

Example 2 illustrates how to delete the intercept from our regression output.

Please note: This tutorial does not discuss whether it is good or bad to remove the intercept from a regression model. Have a look here for a detailed discussion on this topic.

However, in case you have decided to remove the intercept from a regression model, then you might specify that by adding “0 +” in front of the model formula.

Some time ago I have published a video on my YouTube channel, which shows the R programming codes of this article. You can find the video below.

In addition, you might want to have a look at the related tutorials on my homepage. You can find some posts on related topics such as extracting data and regression models here:

To summarize: In this R programming post you have learned how to delete the intercept from a multiple regression. If you have additional questions, let me know in the comments. Besides that, don’t forget to subscribe to my email newsletter in order to receive regular updates on new posts.