In this R post you’ll learn how to use the dplyr package to change particular values in a data frame column.

The previous output of the RStudio console shows the structure of our example data frame: It has seven rows and three columns.

In this R programming language tutorial, we’ll also have to install and load the dplyr package:

Now, we can use the functions of the dplyr package to modify specific values in our data frame.

In this example, I’ll show how to replace particular values in a data frame variable by using the mutate and replace functions in R.

More precisely, the following R code replaces each 2 in the column x1:

As you can see in the previous output of the RStudio console, each 2 in the variable x1 was replaced by the value 99.

Do you need further information on the R code of this article? Then you may watch the following video of my YouTube channel. In the video, I’m explaining the R programming syntax of this page.

In addition, you could have a look at some of the other articles on my homepage.

Summary: In this R tutorial you learned how to replace values using the dplyr package. Let me know in the comments section, if you have additional questions. 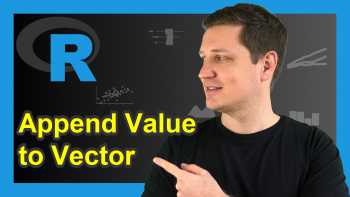