In this tutorial, I will show you how to use the R functions pmax() and pmin(). I’ll explain both functions in the same article, since the R syntax of the two functions is exactly the same.

The basic R syntax for the pmax and pmin functions is illustrated above. In the following R tutorial, I’m going to show you three examples for the usage of pmax and pmin in R.

Our vectors are named x1 and x2 and both of them consist of six numeric values.

Now, let’s apply the pmax R function to these vectors:

The same works with the pmin R function. The only difference is that pmin calculates the parallel minimum of each pair of values:

Looks good. So let’s move on to the next example…

Example 2: Warning! “an argument will be fractionally recycled”

A common R warning message returned by pmax and pmin is the following:

Warning message:
In pmax(x, y) : an argument will be fractionally recycled

I’ll show you why and when this happens. First, let’s create a new example vector:

As you can see, the new example vector (called x3) consists of the same values as the previously used example vector x2, but with two additional values. Now, let’s apply pmax to x1 (created in Example 1) and the new vector x3:

We got an output – that’s good. However, we also got a warning message. Why?

The reason is that out two input vectors have a different length. While x3 consists of eight values, x1 contains only of six values.

Of cause, the same applies to pmin – just with recycled minima instead of maxima:

That was basically the most confusing part for the pmax and pmin R commands. In the next example, I show you another typical issue with the two functions…

For the next example, let’s create a new vector:

As you can see, our new vector x4 contains the same numbers as x2, but the first value is NA. In R, NA stands for Not Available, i.e. the value is missing.

If we apply pmax to x1 (as created in Example 1) and the new vector x4, we get the following:

The same happens, when we apply the R pmin function to these two vectors:

OK, so what to do? Fortunately, there is an easy fix. Just specify na.rm = TRUE within the pmax…

AS you can see, the NA values are ignored and the available value in x1 (i.e. 2) is returned by both functions.

Easy peasy! But be aware that there are more options for the handling of NA – and that’s what I’m going to show you next…

In the previous example, I showed you how to remove NA values within the pmax and pmin functions via na.rm = TRUE. However, in your specific situation it might be better to replace NA values with other values, before the application of pmax or pmin. Have a look at the following video of my Statistical Programming YouTube channel. In the video, I’m showing you how to replace NA with 0 in R: 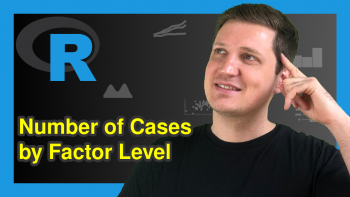 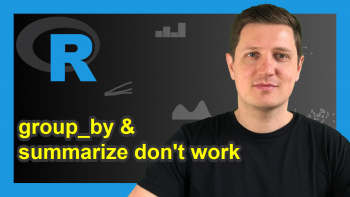