This page shows how to create histograms with the ggplot2 package in R programming.

In the examples of this R tutorial, we’ll use the following random example data:

Furthermore, we need to install and load the ggplot2 R package:

If we want to create a histogram with the ggplot2 package, we need to use the geom_histogram function. The R code of Example 1 shows how to draw a basic ggplot2 histogram.

Figure 1 visualizes the output of the previous R syntax: A histogram in the typical design of the ggplot2 package.

In the following examples I’ll explain how to modify this basic histogram representation. So keep on reading!

In ggplot2, we can modify the main title and the axis labels of a graphic as shown below: 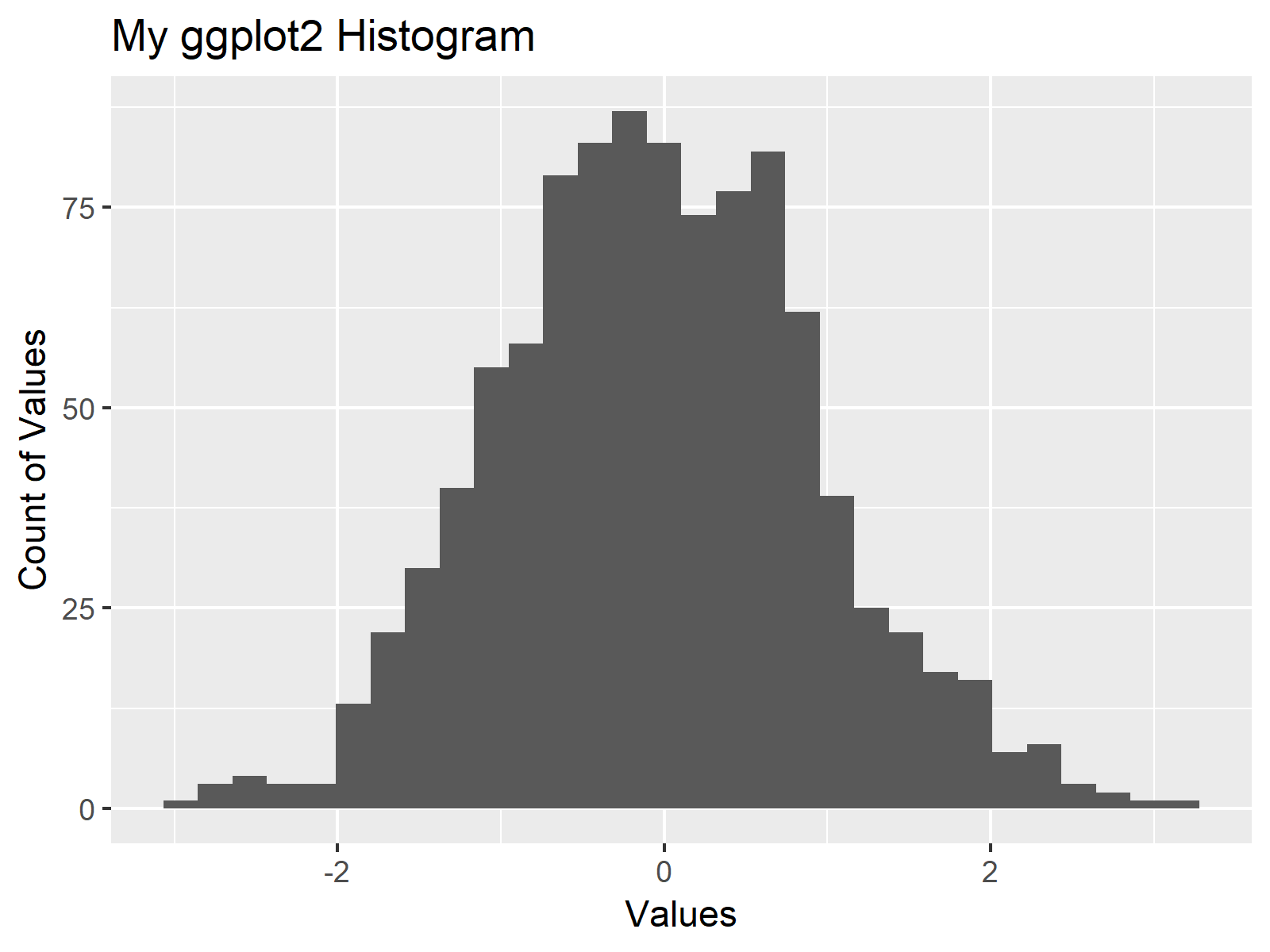 Figure 2 shows the same histogram as Figure 1, but with a manually specified main title and user-defined axis labels.

This example shows how to modify the colors of our ggplot2 histogram in R. If we want to change the color around the bars, we have to specify the col argument within the geom_histogram function: 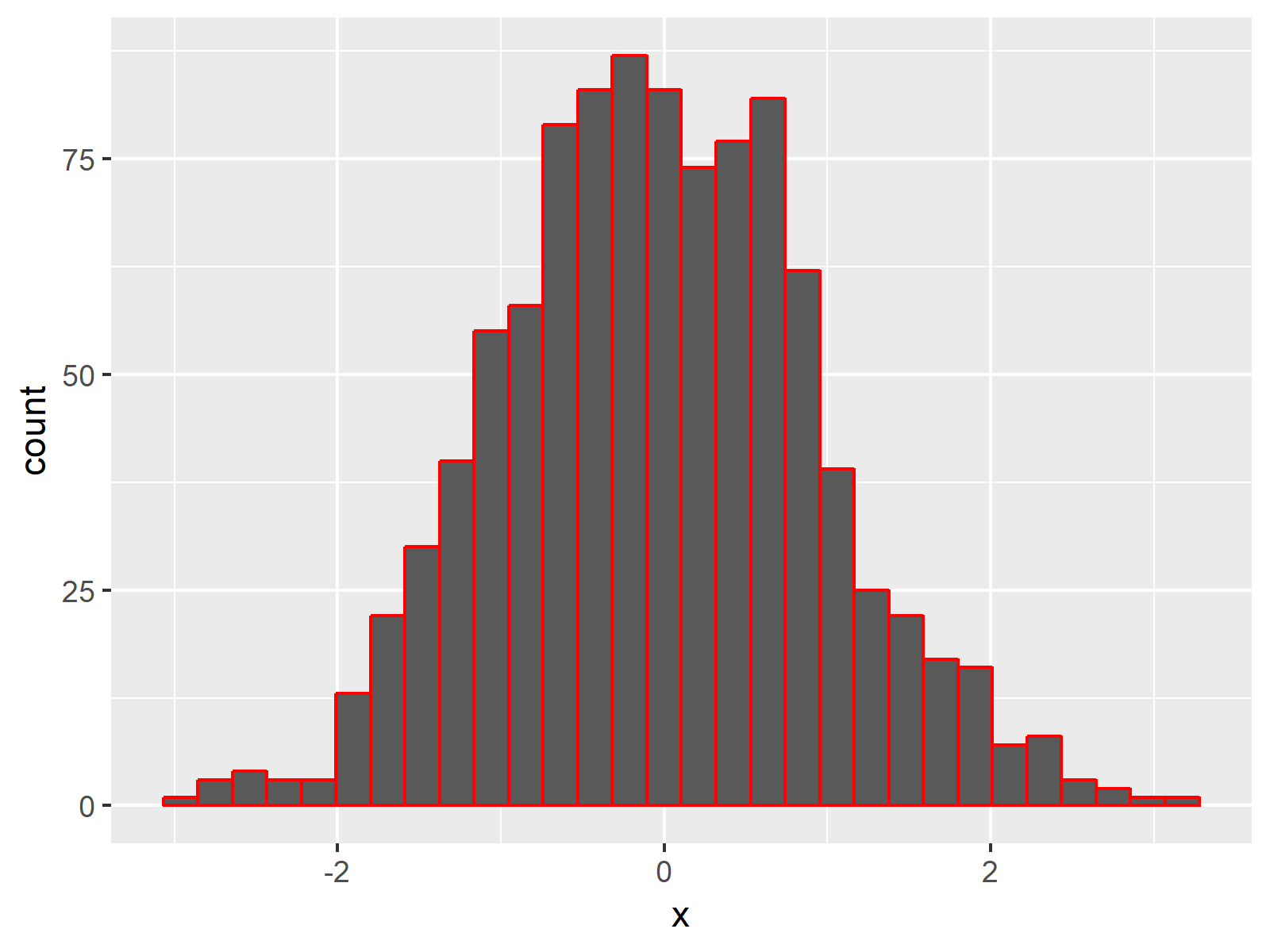 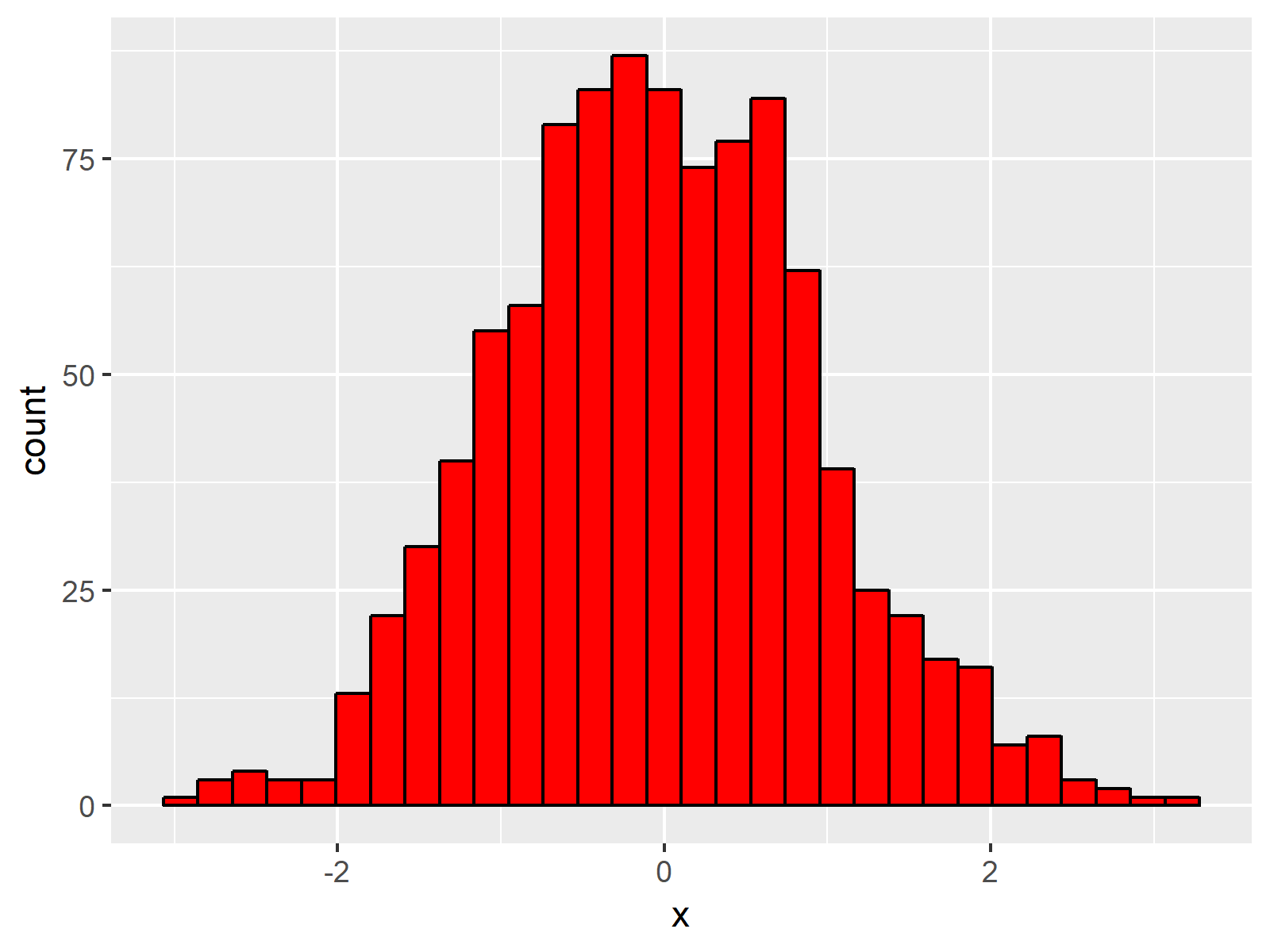 The geom_histogram command also provides the possibility to adjust the width of our histogram bars. We simply have to specify the binwidth option as shown below: 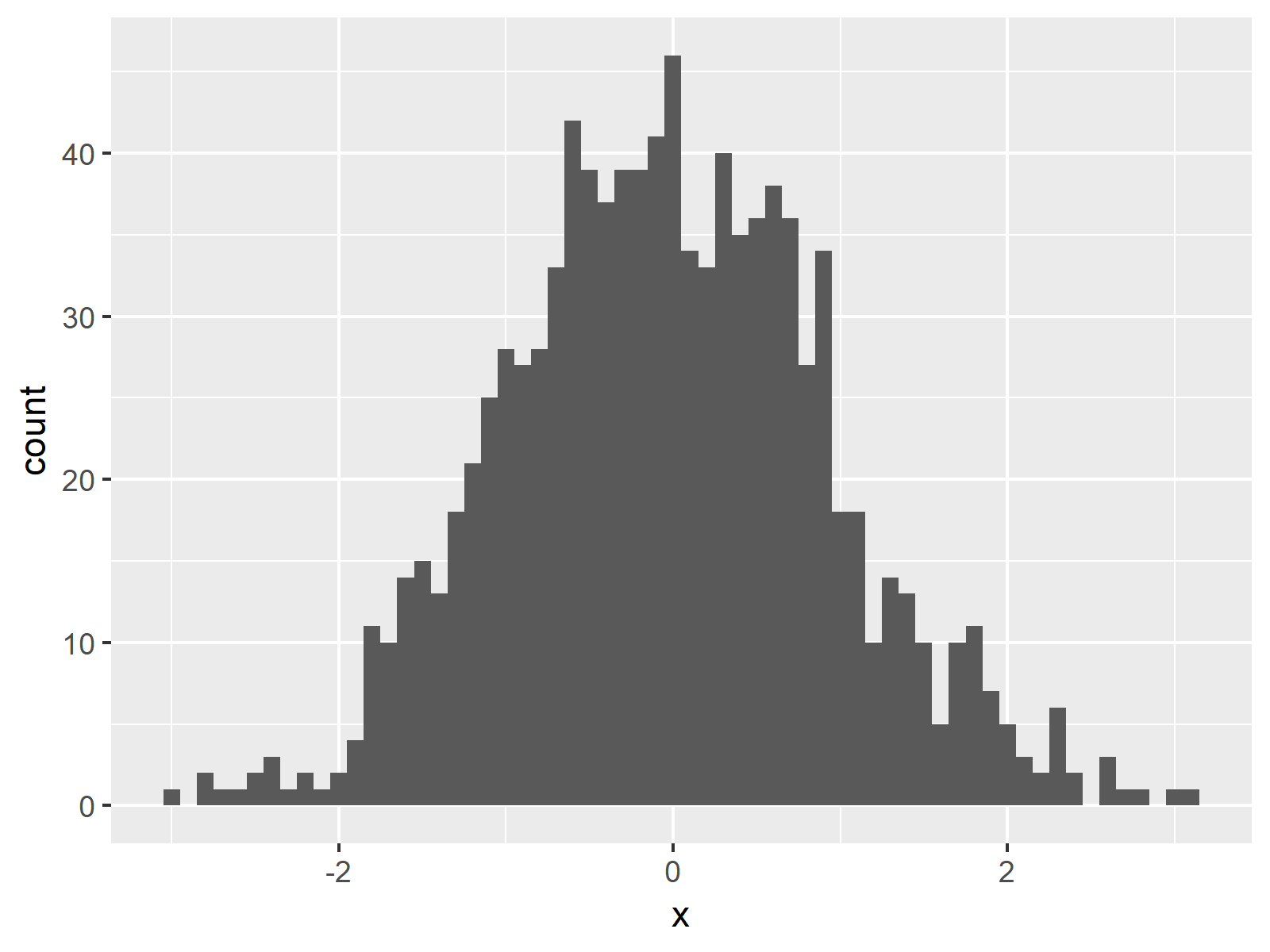 As you can see based on Figure 5, the bars of our new histogram are thinner.

If we want to zoom in or zoom out, we can adapt the axis limits with the xlim and ylim functions: 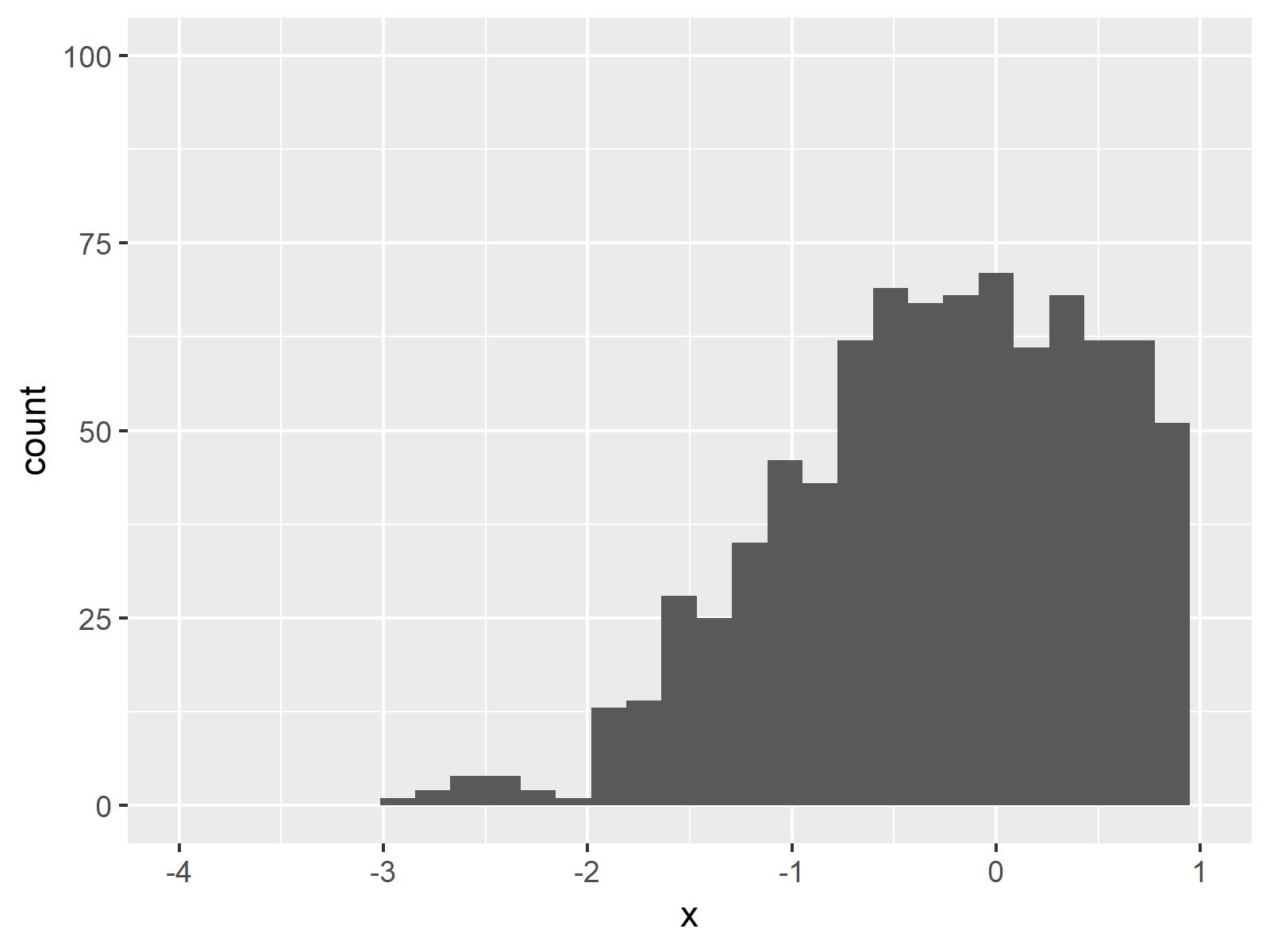 Figure 6: Cutting Off Certain Parts of the Histogram by Setting User-Defined Axis Limits.

Figure 6 shows the output of the previous R code. We increased the height of the y-axis and moved the x-axis to the left. Note that some values on the left side of our histogram were cut off.

We can also overlay our histogram with a probability density plot. For this task, we need to specify y = ..density.. within the aesthetics of the geom_histogram function and we also need to add another line of code to our ggplot2 syntax, which is drawing the density plot: 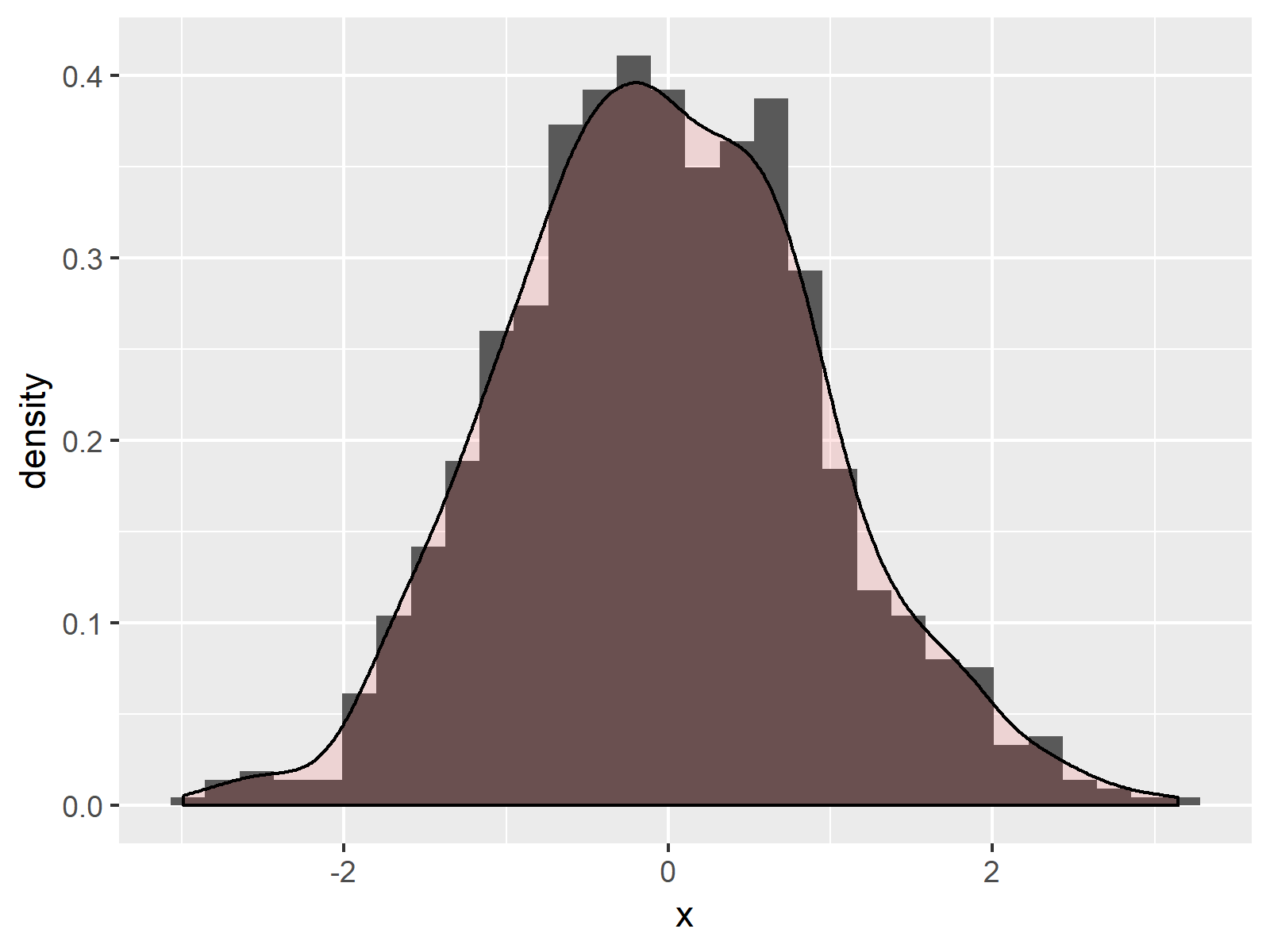 Note that we have specified within the geom_density function that the density plot should be transparent and filled with the color red. This helps to distinguish between the histogram in the background and the overlaying density plot.

Similar to Example 6, we can draw multiple histograms in the same ggplot2 graph. Consider the following data frame:

Our new data contains an additional group column. Now we can draw two histograms in the same plot by separating our values by the group variable: 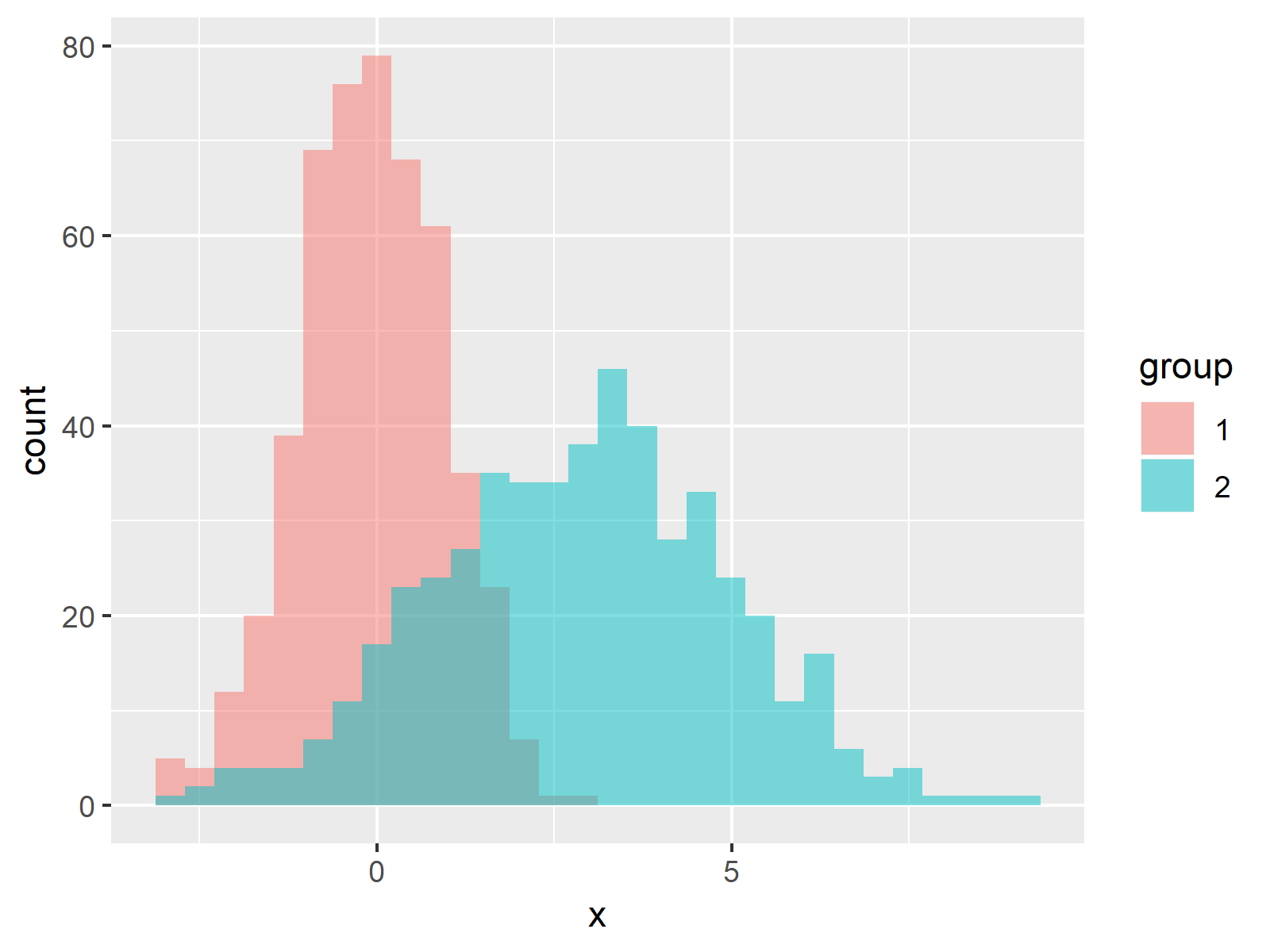 Have a look at the following video which I have published on my YouTube channel. I explain the R codes of this page in the video.

In addition to the video, you could have a look at the related articles on this website.

In summary: You learned in this article how to make a histogram with the ggplot2 package in the R programming language. Don’t hesitate to let me know in the comments below, in case you have any additional questions. 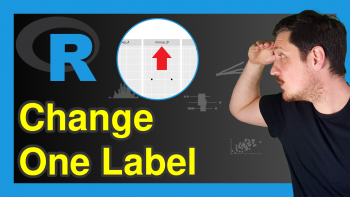 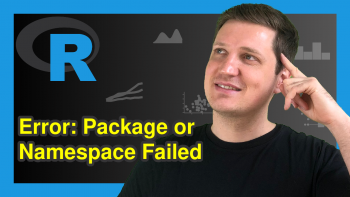