In this tutorial you’ll learn how to write multiple data sets to different Excel sheets in R programming.

As a first step, I need to create some example data:

In this tutorial, we’ll use the xlsx package to export our data frames as Excel files. If we want to use the functions of the xlsx package, we need to install and load xlsx:

Furthermore, we have to specify the path of our currently used working directory:

That’s it with the preparation. Let’s move on to the examples!

The following R programming syntax explains how to apply the write.xlsx2 function of the xlsx package to save multiple data frames to the same Excel file.

For this, we first have to create an xlsx file that contains only one data frame (i.e. data1):

Have a look at the working directory on your computer. It should contain an Excel file consisting of only one sheet.

Now, we can use the append = TRUE argument to add the other data frames to new worksheets. Note that it is important to also specify a different sheet name for each data frame that we want to append by using the sheetName argument:

Have another look at the Excel file in your working directory. After running the previous R code it should contain three different data frame each in a different sheet as shown in the following figure. 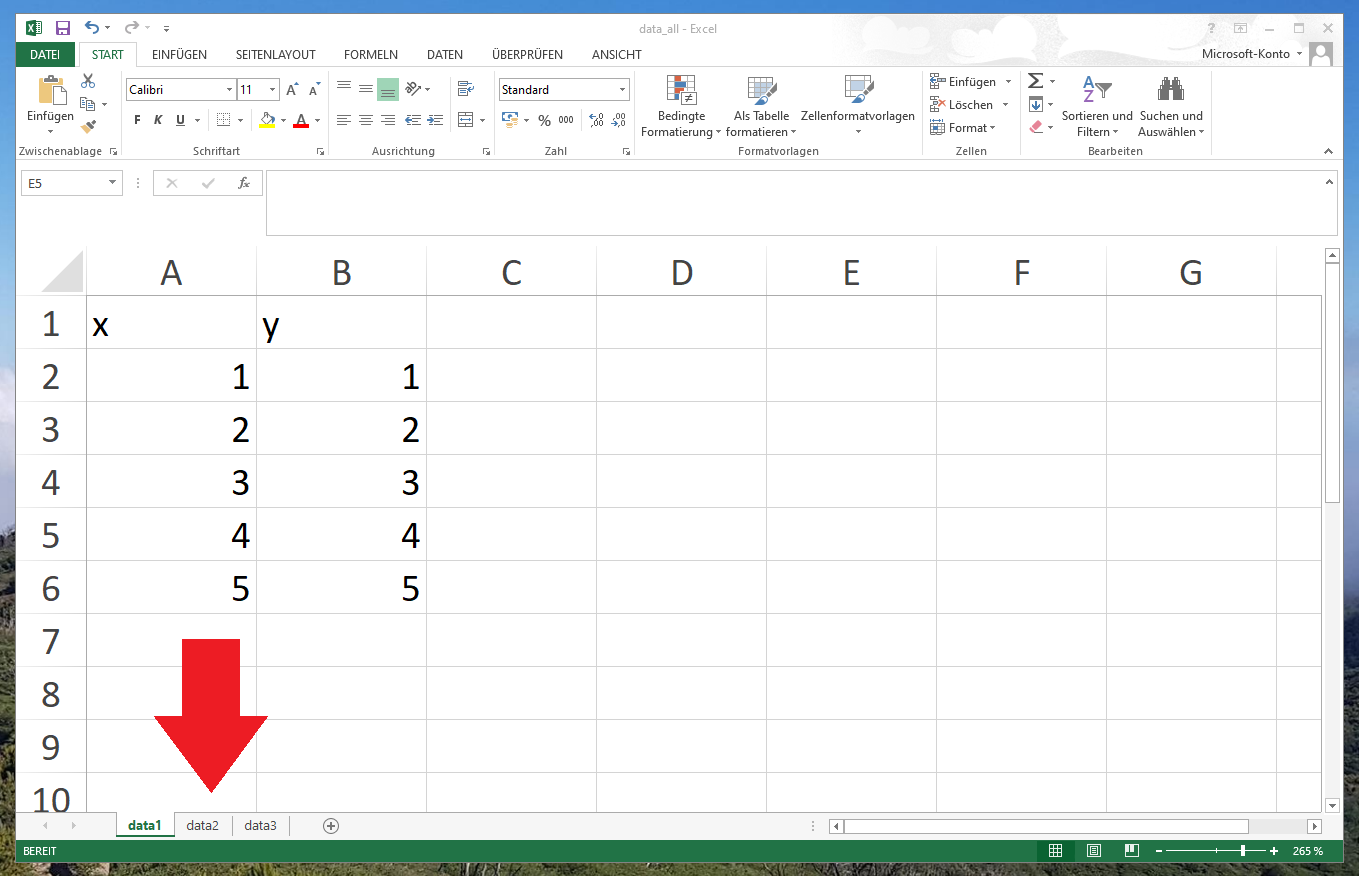 The previous example explained how to append new worksheets to an Excel file when exporting data frames.

However, in case you want to export a large amount of data frames, the R code shown in Example 1 might not be efficient enough, because you would have to add another line of code for each data frame.

This example therefore illustrates how to automatize the process of writing data frames to new sheets by using a for-loop.

First, we have to create a vector containing the names of all data frames that we want to write to our Excel file:

Then, we have to write the first data frame to a new Excel file using the write.xlsx2 function as in Example 1:

Now, we can use a for-loop to append each of the other data frames to new worksheets as shown below:

Have a look at the folder were your data frames are exported to. It should contain an Excel file consisting of all our data frames.

Would you like to know more about exporting data frames from R? Then you may have a look at the following video of my YouTube channel. I illustrate the R syntax of this article in the video:

In addition, you might want to read the other articles on my website. A selection of interesting tutorials about importing and exporting data can be found below.

At this point of the article you should know how to export several data frames to new Excel worksheets in the R programming language. If you have additional questions, don’t hesitate to tell me about it in the comments.

Read TXT File with Spaces as Delimiter in R (Example)

Only Import Selected Columns of Data in R (2 Examples)