In this article you’ll learn how to combine multiple data frames based on more than one ID column in R.

First, I’ll have to create some data that we can use in the following examples:

As you can see based on the previously shown output of the RStudio console, our first example data frame consists of five rows and four columns. The variables ID1 and ID2 will be used for the combination of our data frames.

Have a look at the previous output of the RStudio console. We have created a merged data frame based on two ID columns.

This Example illustrates how to use the dplyr package to merge data by two ID columns.

Now, we can apply the inner_join function to create exactly the same output as in Example 1:

Note that the previous examples performed an inner join. However, it is also possible to apply other types of data joins such as left joins, right joins, outer joins, and so on.

Do you want to learn more about merging data? Then I can recommend having a look at the following video of my YouTube channel. I explain the content of this tutorial in the video.

Besides the video, you may want to read the related tutorials of this homepage:

You learned in this tutorial how to join several data frames based on two ID variables in the R programming language. In case you have further comments or questions, let me know in the comments. 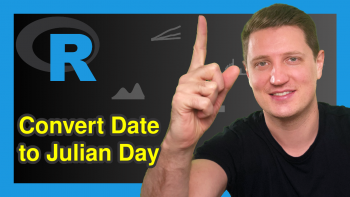 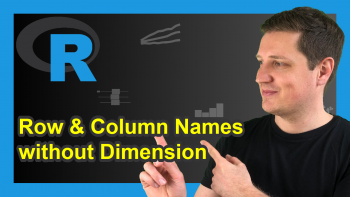