In this tutorial, I’ll demonstrate how to calculate cumulative maxima and minima using the cummax and cummin functions in the R programming language.

At the start, we have to create some example data:

The previous output of the RStudio console shows the structure of our example data – it’s a vector object containing ten random integer values.

The following R programming syntax shows how to compute a vector of cumulative maxima.

For this, we can apply the cummax function as shown below:

As you can see, the previous R code has returned a vector of cumulative maxima.

Similar to the cummax function (as explained in Example 1), we can use the cummin function to calculate cumulative minima of an input vector:

The previous R code has created a new data object called x_cummin that contains the cumulative minima of our input vector.

In Example 3, I’ll show how to store all results of the previous examples in a data frame.

To do this, we can apply the data.frame function as shown in the following R code: 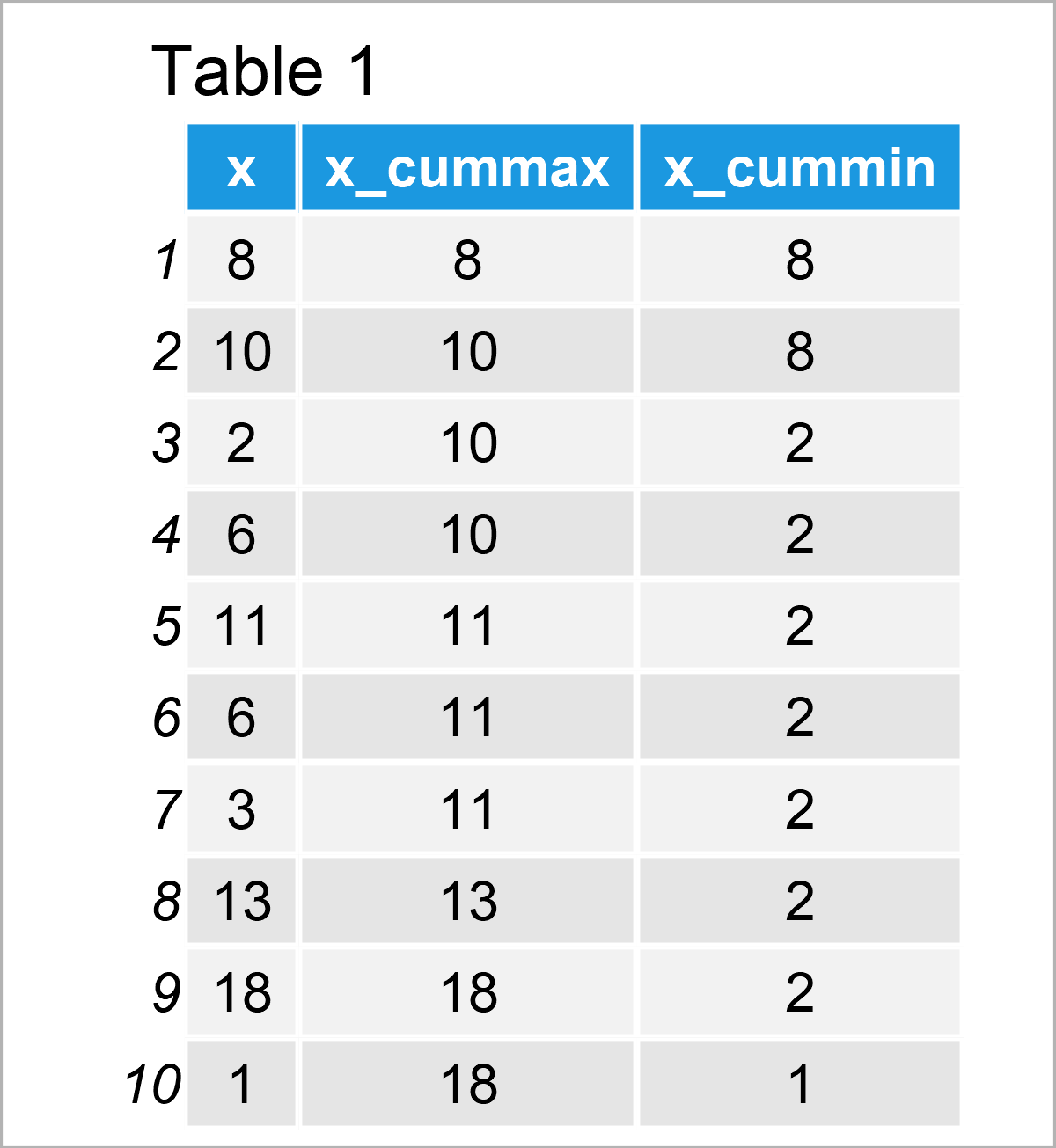 Table 1 visualizes the output of the previous R code, i.e. a data frame containing our input vector x as well as the cumulative maxima and minima in three different columns.

We can also create a long version of this data frame using the tidyr package.

To be able to use the functions and commands of the tidyr package, we first need to install and load tidyr.

We can now use the pivot_longer function to reshape our data frame from wide to long format: 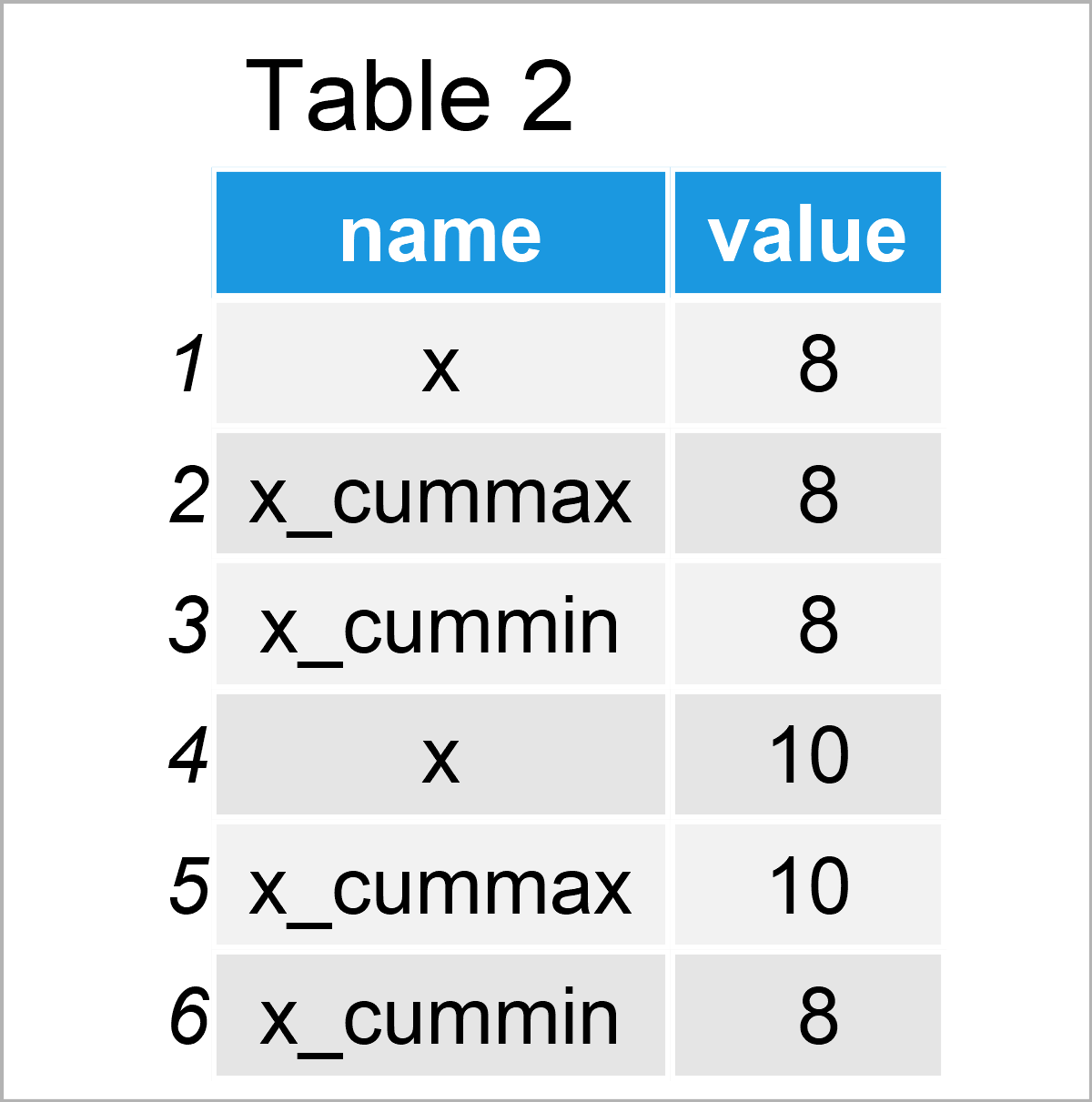 After running the previous R syntax the long data matrix shown in Table 2 has been created.

The following syntax illustrates how to draw the cumulative maxima and minima that we have created in the previous examples in a ggplot2 graphic.

Next, we can draw a line plot with multiple lines based on our long data set: 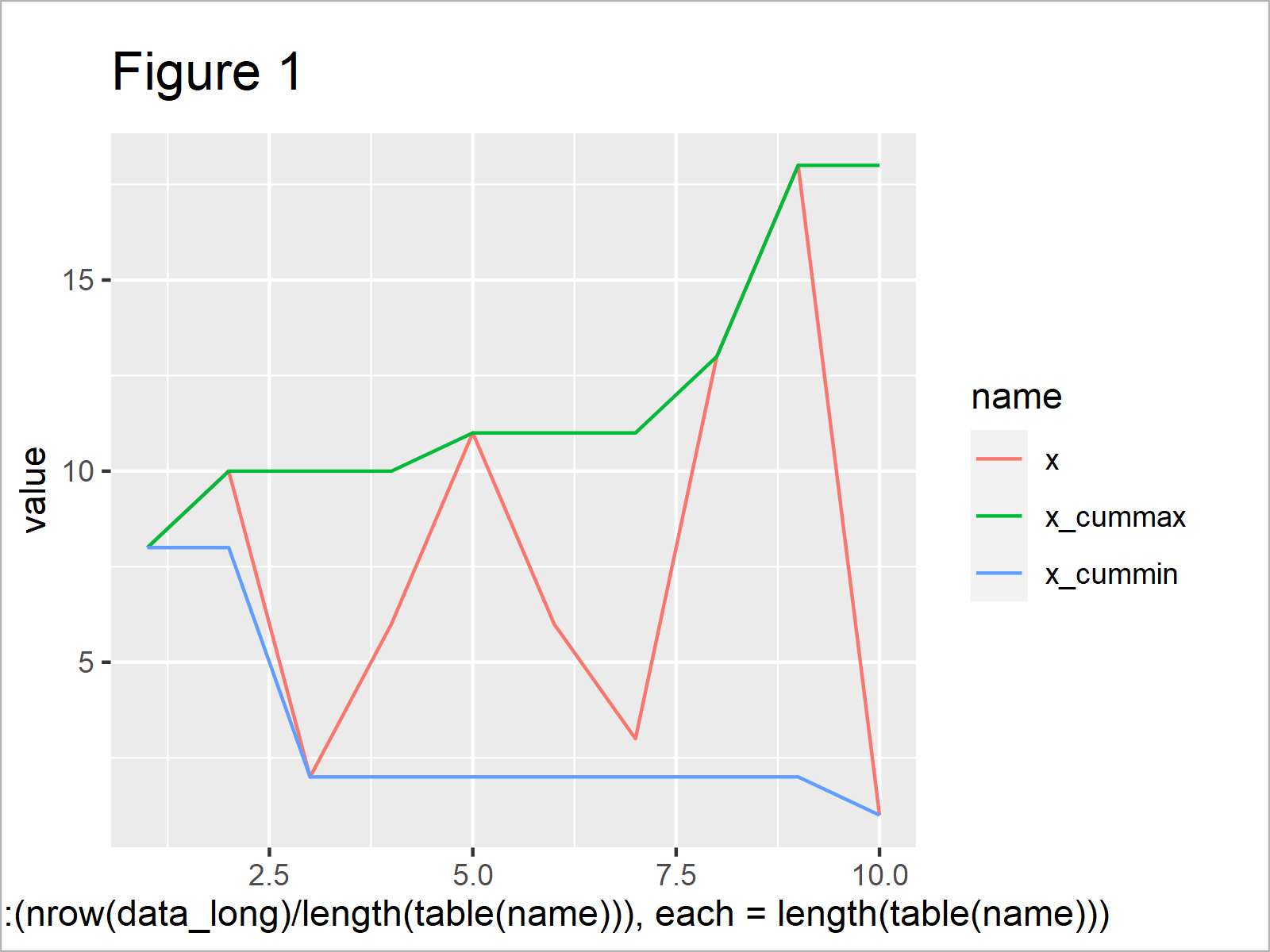 After executing the previous R programming code the line plot shown in Figure 1 has been created. On the right side of the graph, you can see a legend that identifies the different lines, i.e. the cumulative extremes.

Do you need further explanations on the R programming codes of this article? Then you could watch the following video on my YouTube channel. In the video instruction, I explain the R code of this tutorial:

Furthermore, you could read the related articles on my website. Some tutorials can be found below.

In summary: This tutorial has shown how to use the cummax and cummin functions to calculate cumulative extreme values in the R programming language. If you have further questions, don’t hesitate to let me know in the comments section. Besides that, please subscribe to my email newsletter in order to get updates on the newest tutorials. 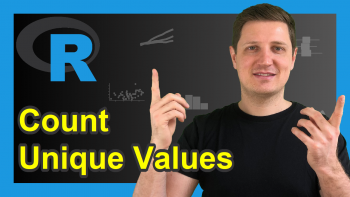 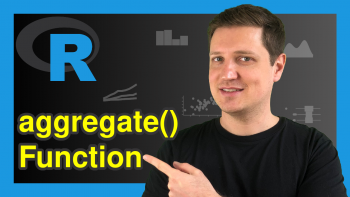