Count Elements that Satisfy a Logical Condition in R (2 Examples)

This page demonstrates how to get the number of elements that satisfy a logical condition in the R programming language.

Sound good? Let’s dive into it…

The first step is to define some data that we can use in the examples later on:

The previous output of the RStudio console reveals the structure of our example data – We have created a vector object containing ten different numeric values.

Next, we can use logical operators to test which entries of our vector object satisfy a logical condition:

The previous R syntax has returned a vector of TRUE and FALSE values.

The following code illustrates how to check how many elements satisfy a logical condition.

For this task, we can apply the sum function to our vector of TRUE and FALSE values:

In this example, I’ll illustrate how to use the length and which functions to check how many elements in a vector satisfy a condition.

As you can see, the previous R syntax has returned the same result as the code in Example 1.

Do you need more info on the R programming syntax of this article? Then I recommend having a look at the following video tutorial on my YouTube channel. In the video, I’m explaining the R programming codes of this tutorial:

In addition to the video, you might have a look at the related tutorials on Statistics Globe:

In this tutorial, I have shown how to count the elements that satisfy a condition in R. Please let me know in the comments, if you have any further questions. 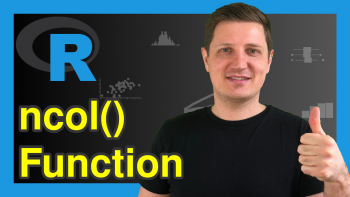 The ncol Function in R (3 Examples) 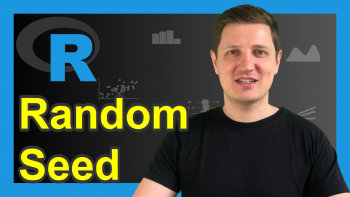 Why & How to Set a Random Seed in R (Example) | set.seed Function Explained