Multiply Rows of Matrix by Vector in R (Example)

This article explains how to do a matrix multiplication with a vector in the R programming language.

As you can see based on the previous output of the RStudio console, the example data is a matrix with three rows and four columns.

Our example vector contains of four numeric values ranging from 1 to 4.

The following R programming syntax shows how to use the sweep function to multiply every row of our matrix with our example vector.

Have a look at the previous output: We multiplied the lines of our matrix with our vector.

Would you like to know more about matrix multiplication in R? Then you might watch the following video of my YouTube channel. In the video, I explain the R programming code of this tutorial.

In addition, you may want to have a look at some of the related articles on this homepage:

Summary: In this tutorial you learned how to multiply matrices and arrays in the R programming language. If you have additional questions, tell me about it in the comments section. 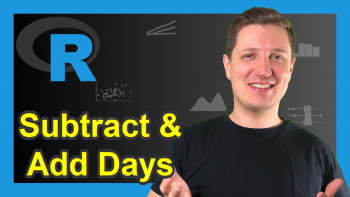 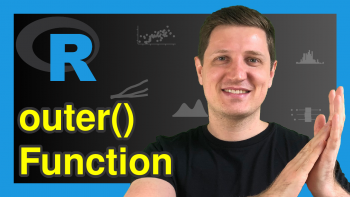