In this article, I’ll illustrate how to convert a True/False boolean column to the string data type in a pandas DataFrame in Python.

The tutorial contains the following contents:

Let’s take a look at some Python codes in action.

As a next step, we’ll also have to define a pandas DataFrame that we can use in the examples later on: 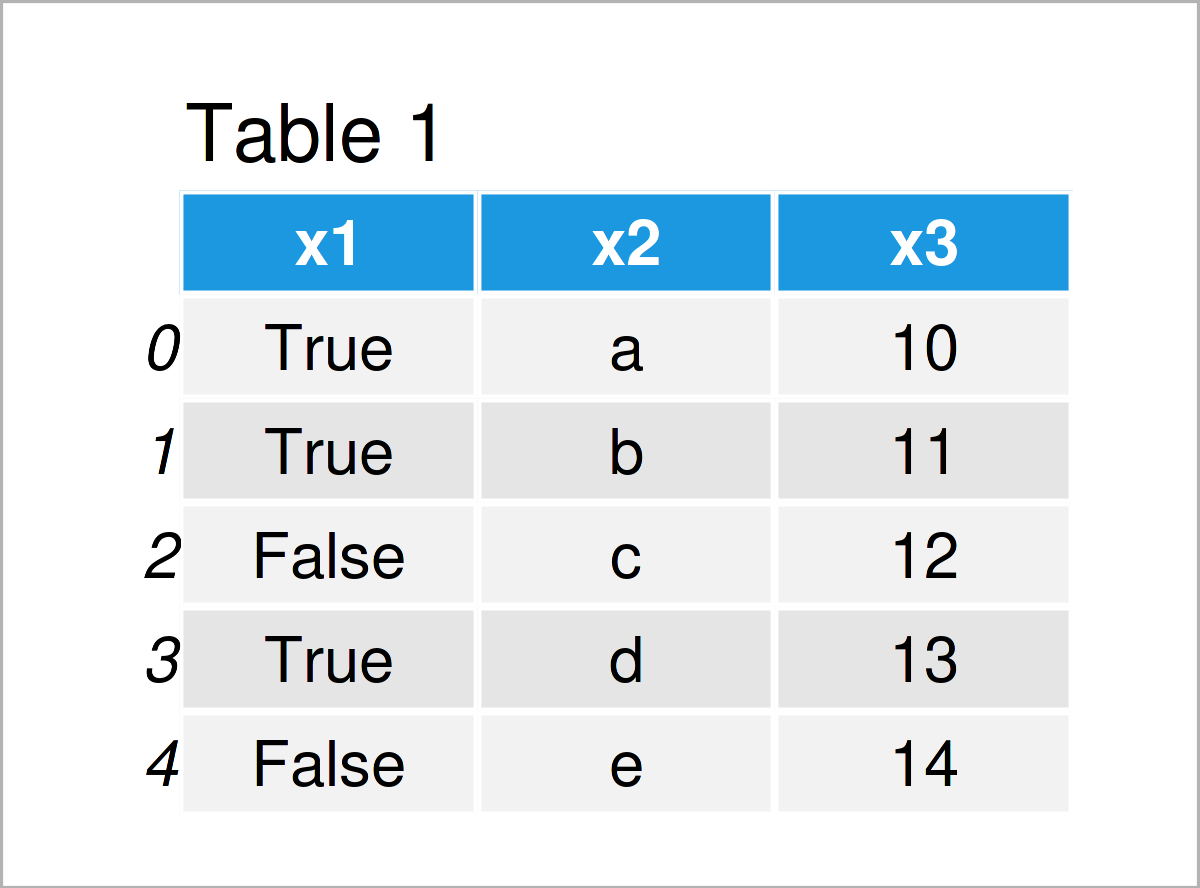 In Example 1, I’ll demonstrate how to transform a True/False logical indicator to the string data type.

For this task, we can use the map function as shown below: 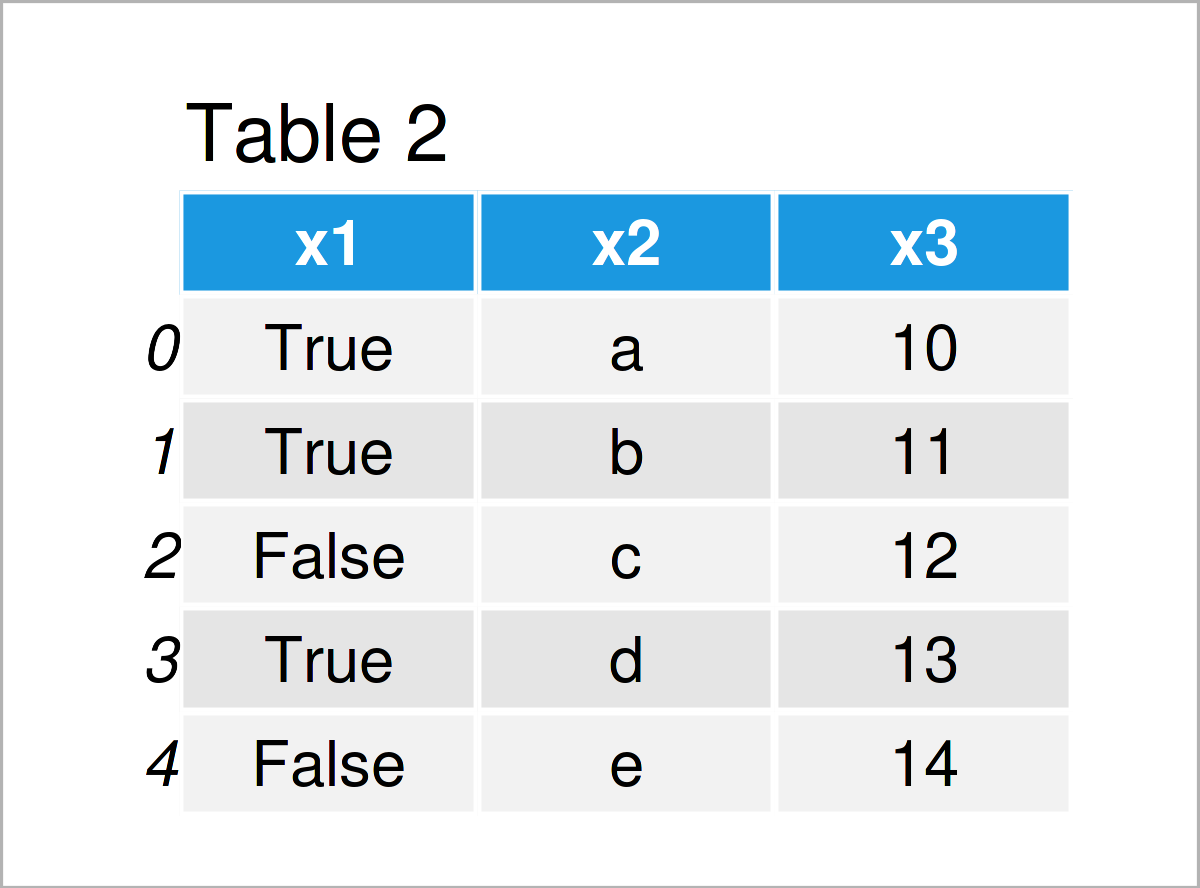 By executing the previously shown syntax, we have managed to create Table 2, i.e. a new pandas DataFrame.

This DataFrame looks exactly the same as our input data set. However, there’s one major difference that gets obvious when we are checking the data types of the columns in our new pandas DataFrame:

As you can see, the first column x1 has the object dtype (note that pandas stores strings as objects). This shows that we have converted the boolean data type of our input data set to a character string object.

Example 2: Replace Boolean by String in Column of pandas DataFrame

In the first example, we have kept the wording True/False in our updated string column.

This section demonstrates how to change a boolean True/False indicator to different words.

Once again, we can use the map function: 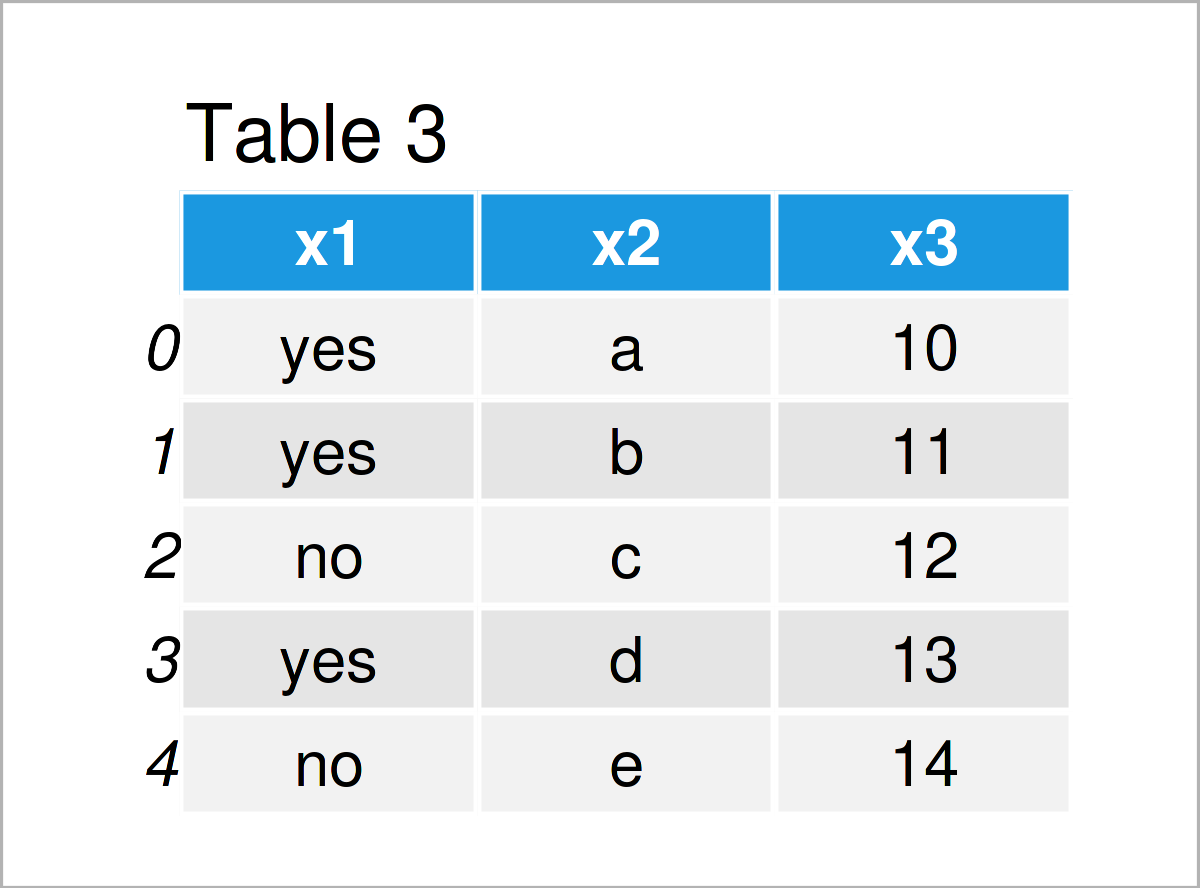 The class of this column has also been adjusted:

Do you need further information on the Python programming code of this tutorial? Then you may want to watch the following video on my YouTube channel. In the video, I explain the content of this page:

This article has illustrated how to transform a boolean column to the string data type in a pandas DataFrame in the Python programming language. In case you have further questions, don’t hesitate to let me know in the comments section below. 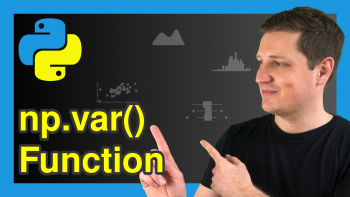 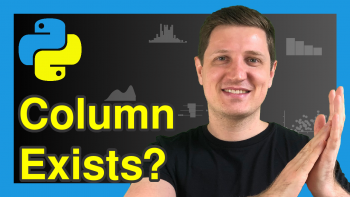 Check if Column Exists in pandas DataFrame in Python (Example)