In this post, I’ll demonstrate how to add text to outliers (like labels and values) in the R programming language, with base R and ggplot. For general information on graphics in R, we have a blog post here.

For the code, we make use of the car and ggplot2 package. 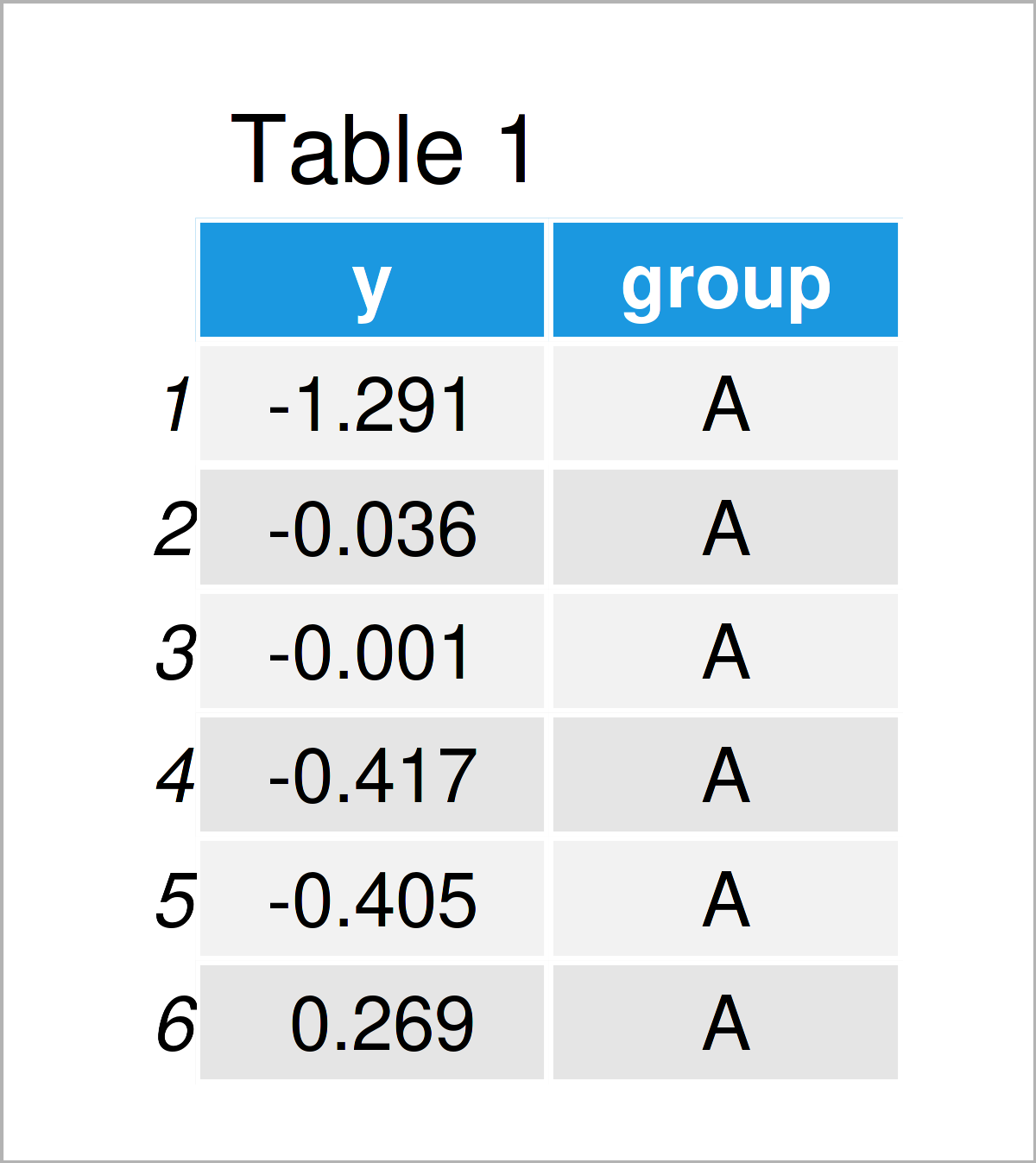 As you can see based on Table 1, our example data is a data frame containing two columns.

This example shows how to create a simple boxplot of the generated data. 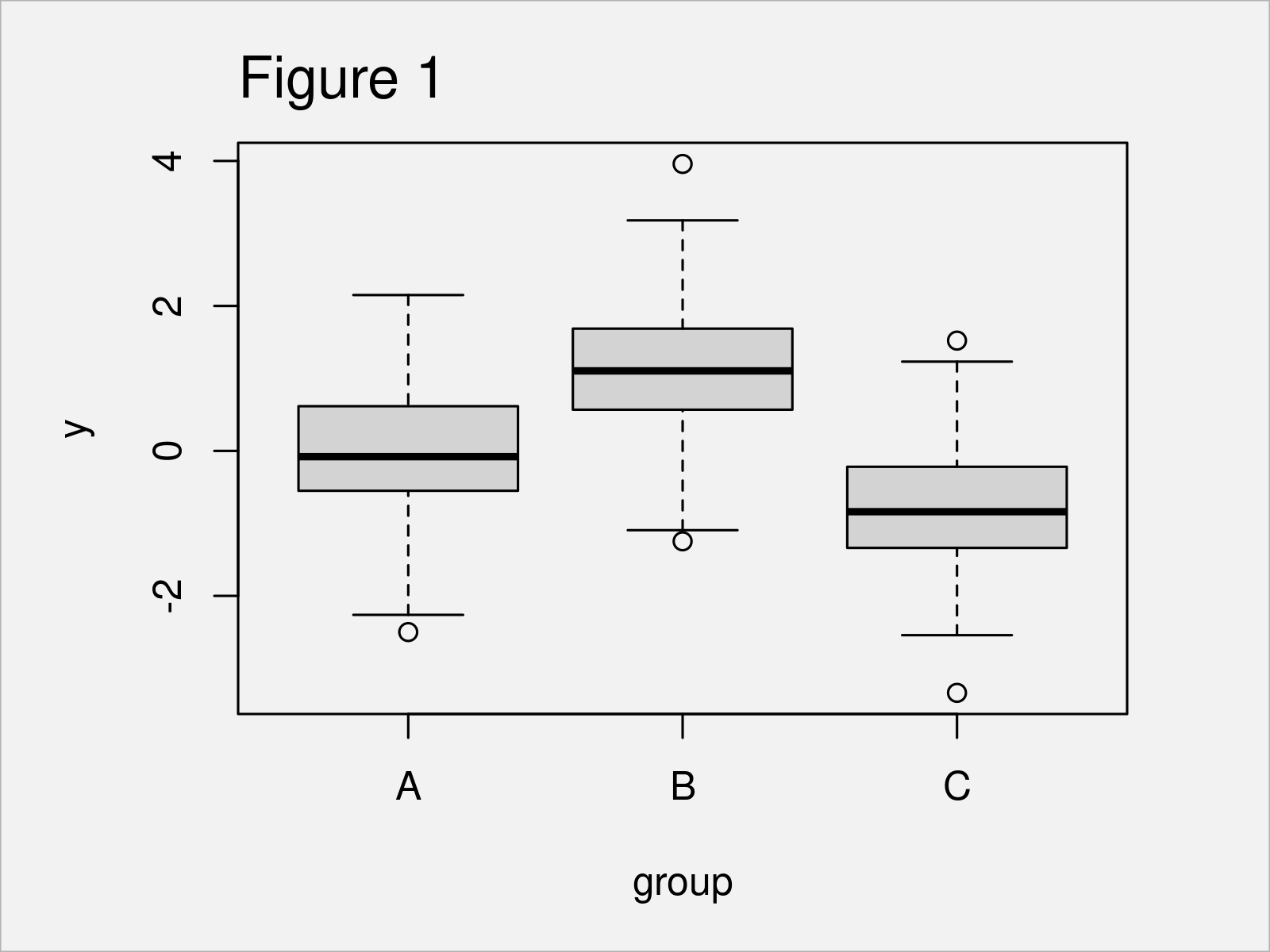 In Figure 1 you can see that we have managed to create a boxplot by running the previous code. You can also see that in the boxplot the observations outside the whiskers are displayed as single points, so-called outliers. We refer you to this article in the R Graph Gallery for a description of the components of a boxplot, like how to calculate the width of the box and which points are displayed as outliers.

Calculate the outliers, which are visible in the previous plot, for all three group classes.

From the previous code, you see the values of the outliers in each group, which are displayed as extra dots in Figure 1. In the next example, we show how to add text for these outliers into the plot.

The following R code illustrates how to add extra labels for the outliers in Figure 1. For that, we use the car package with its function Boxplot(). 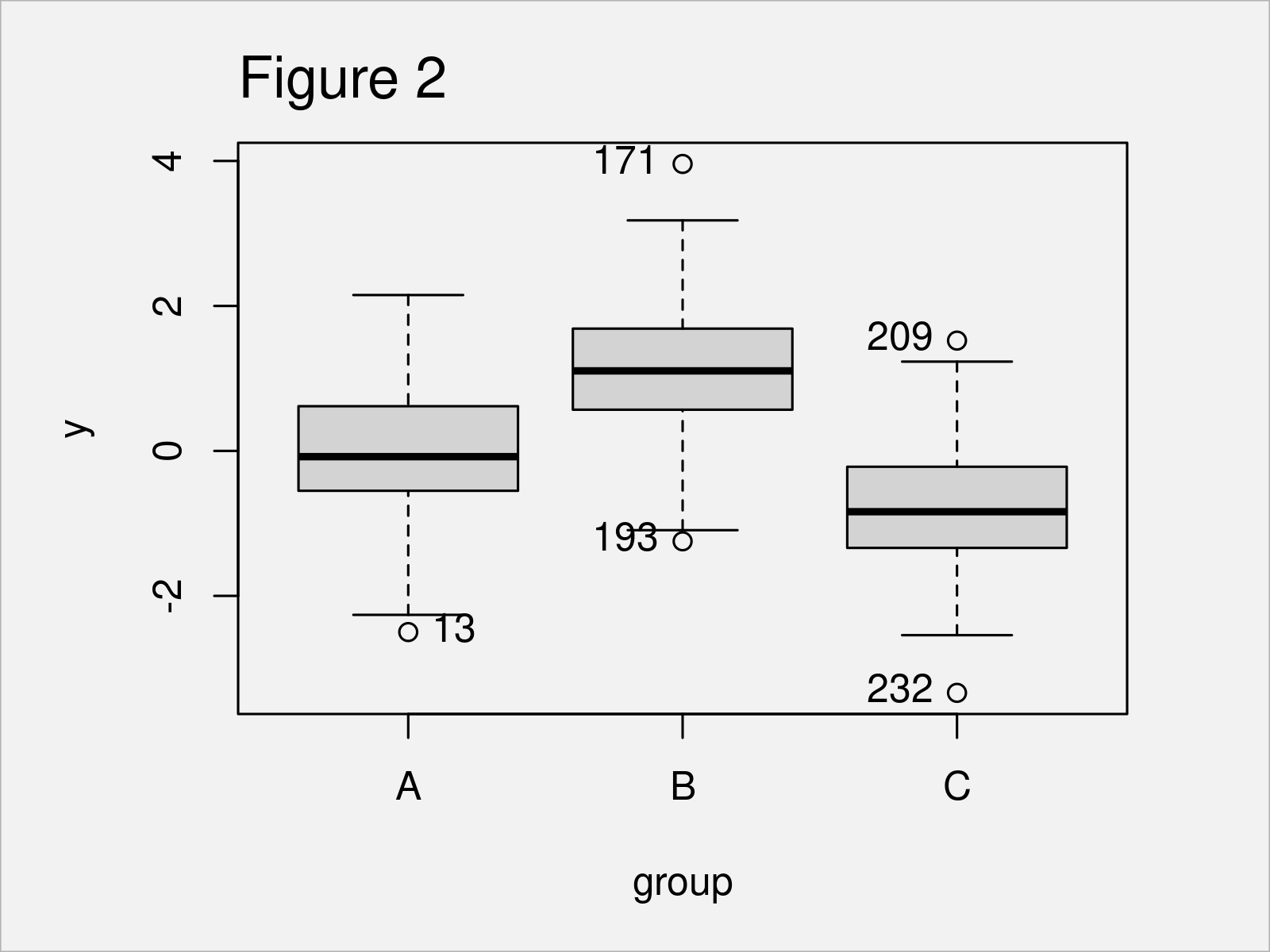 After running the previous R syntax, the boxplot shown in Figure 2 has been created. To each plot, there is extra text indicating the observation number (which corresponds to the row number) of the outliers.

This example shows how to add outlier labels to a scatterplot in base R. We first identify the outliers in the data (for the formulas of the outliers see the description here).

We create a scatterplot. 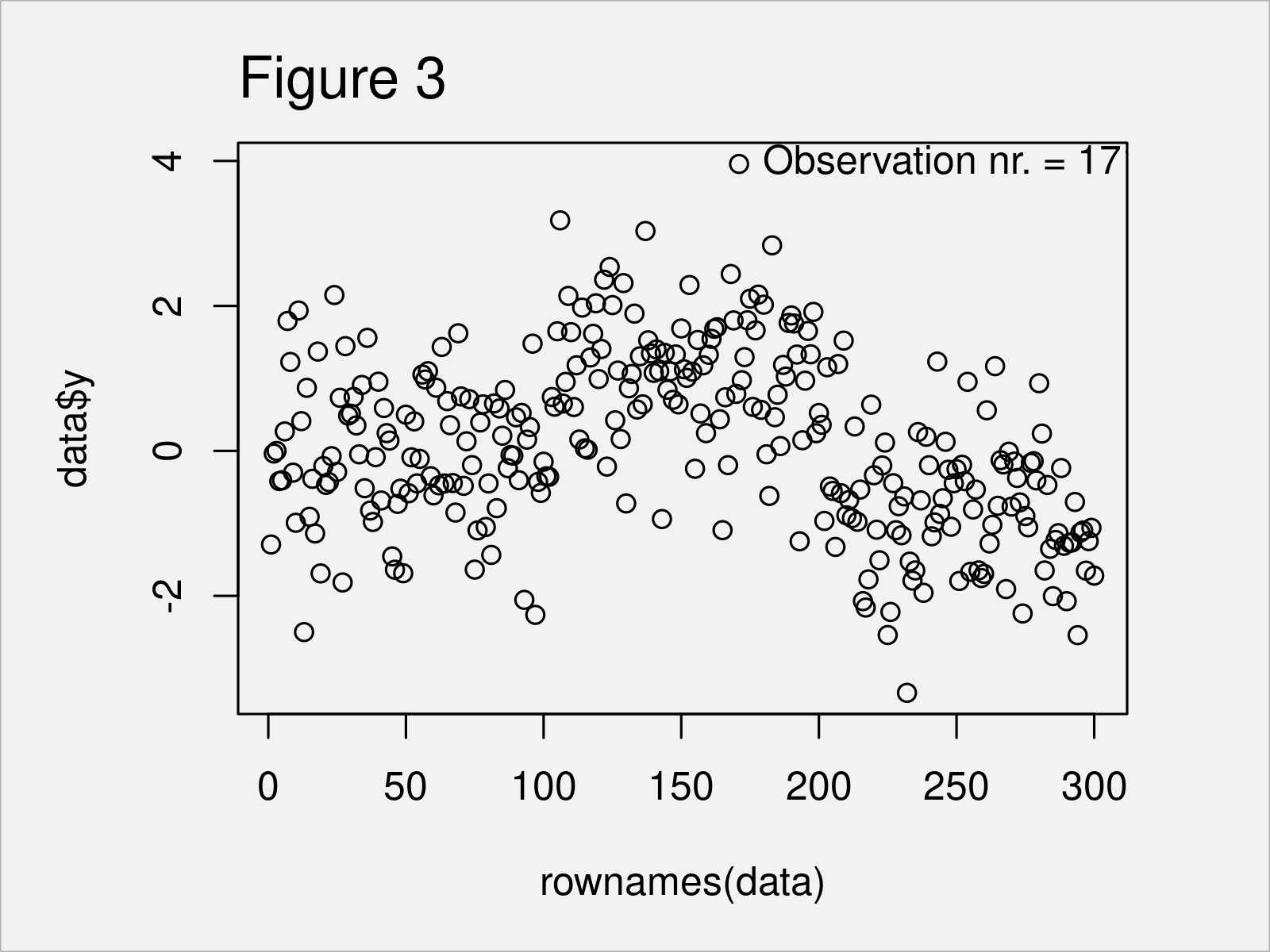 The following code explains how to create a boxplot with labelled outliers using the ggplot2 package.

First, we identify the outliers in the data and store them in outlier_data. 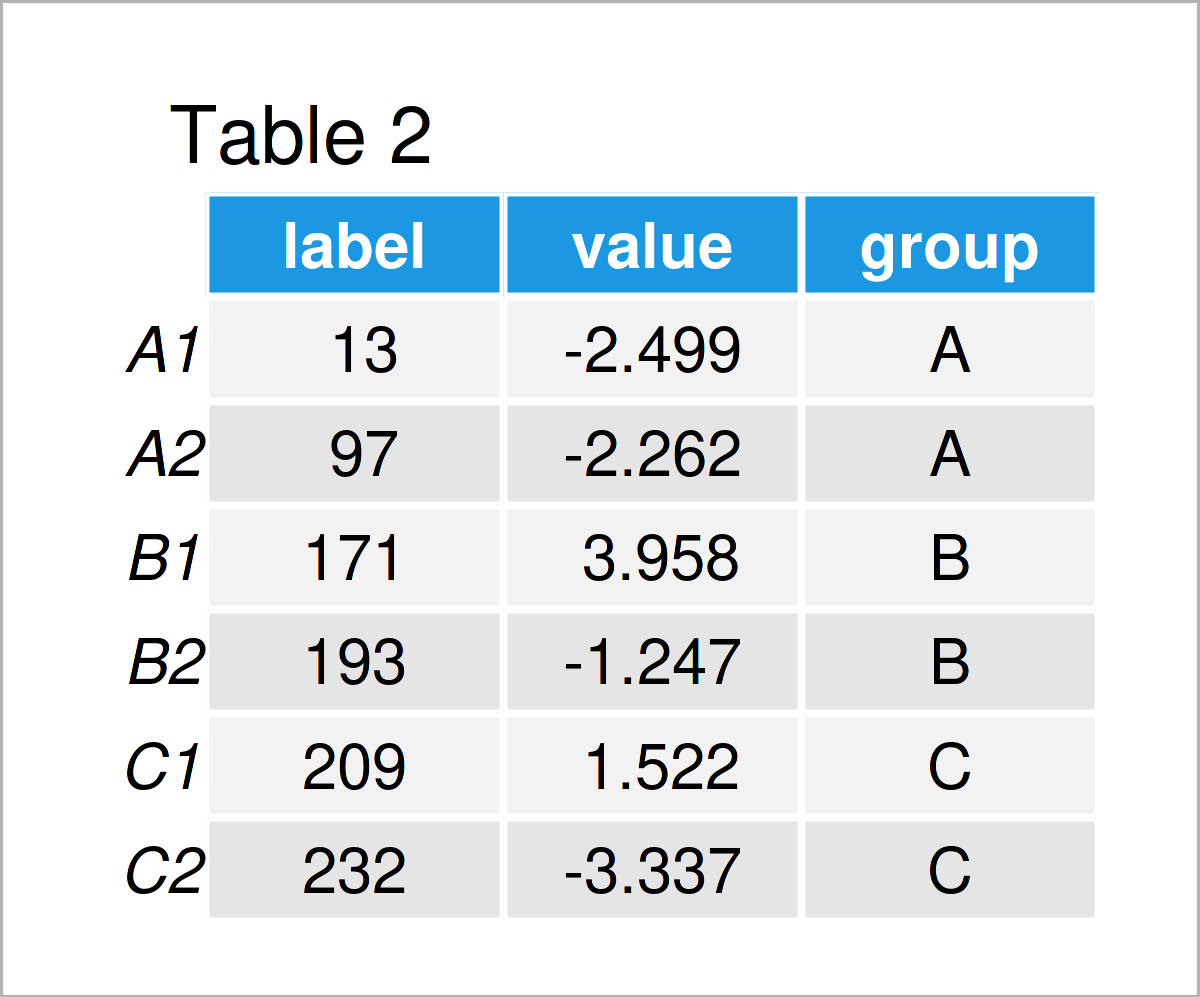 In Table 2 you can see that we have created a data.frame with the outlier values of each group.

Now, we plot the data and add the outlier values via geom_text(). 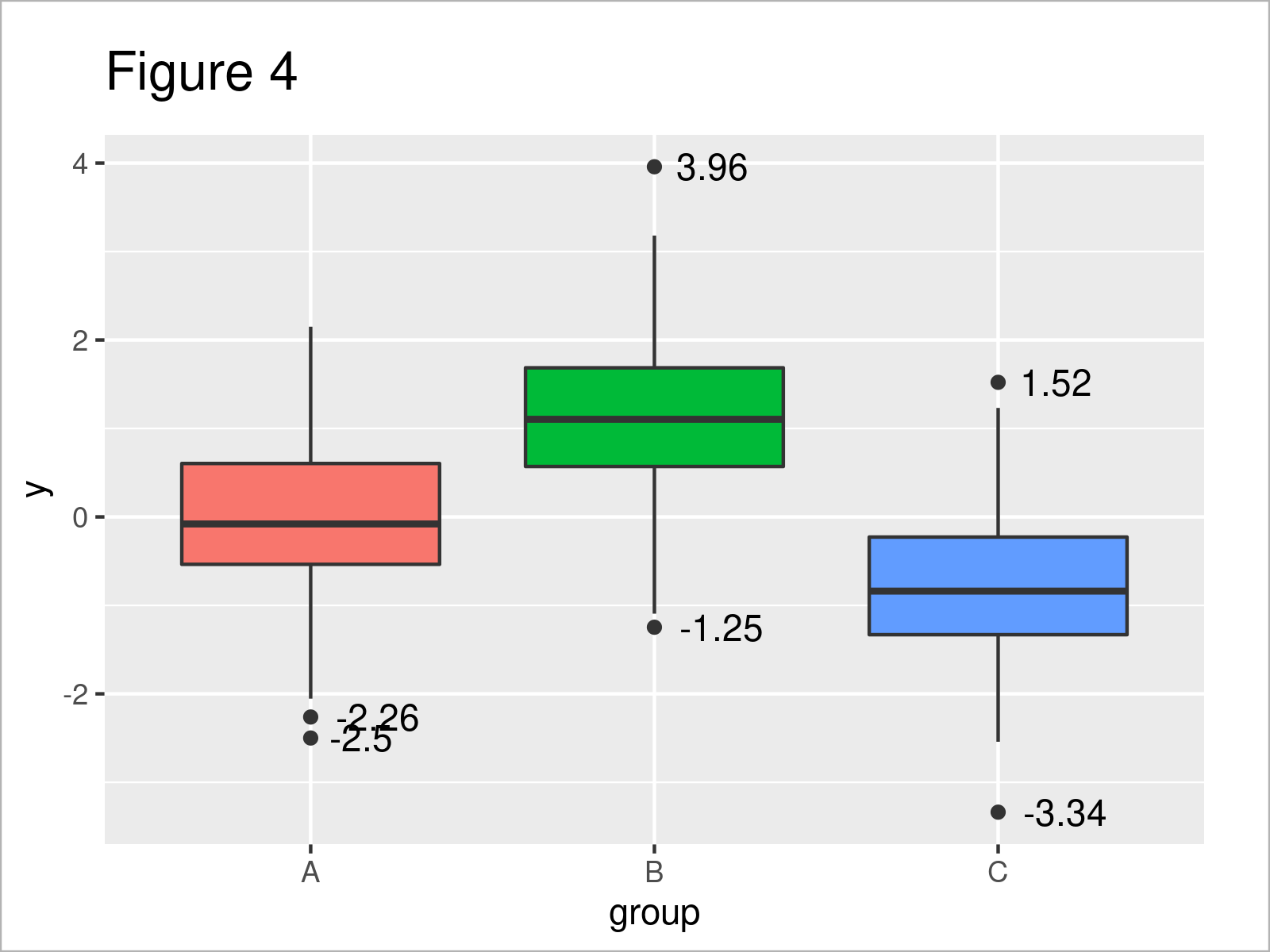 As an alternative, we can create the same plot, only that now we add the outlier labels instead of their values. 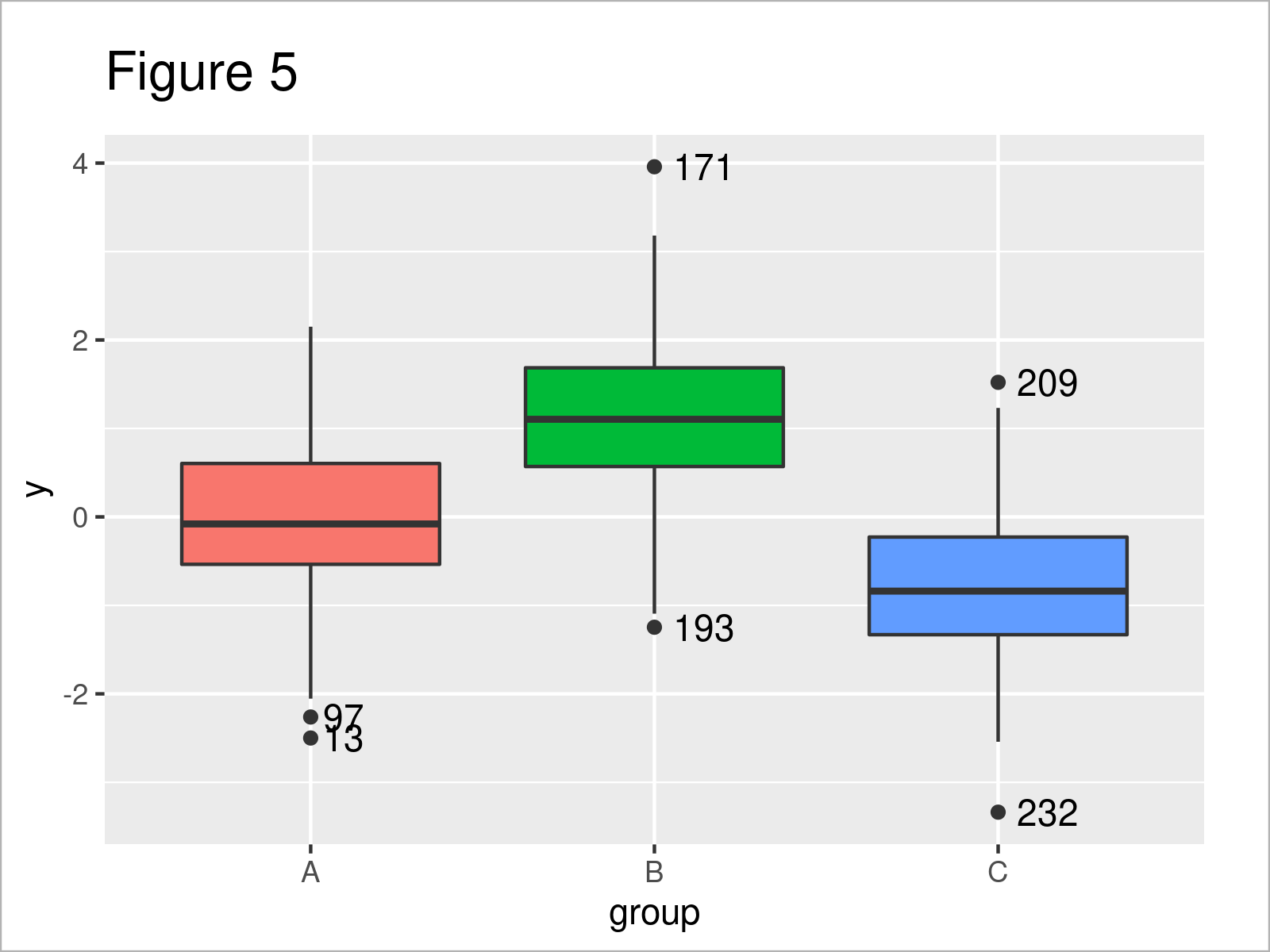 After running the previous code, the boxplot shown in Figure 5 has been drawn.

In Example 5, I’ll illustrate how to create a scatterplot with ggplot and add outlier labels and values.

We first plot the data and add the values of the outliers as text. 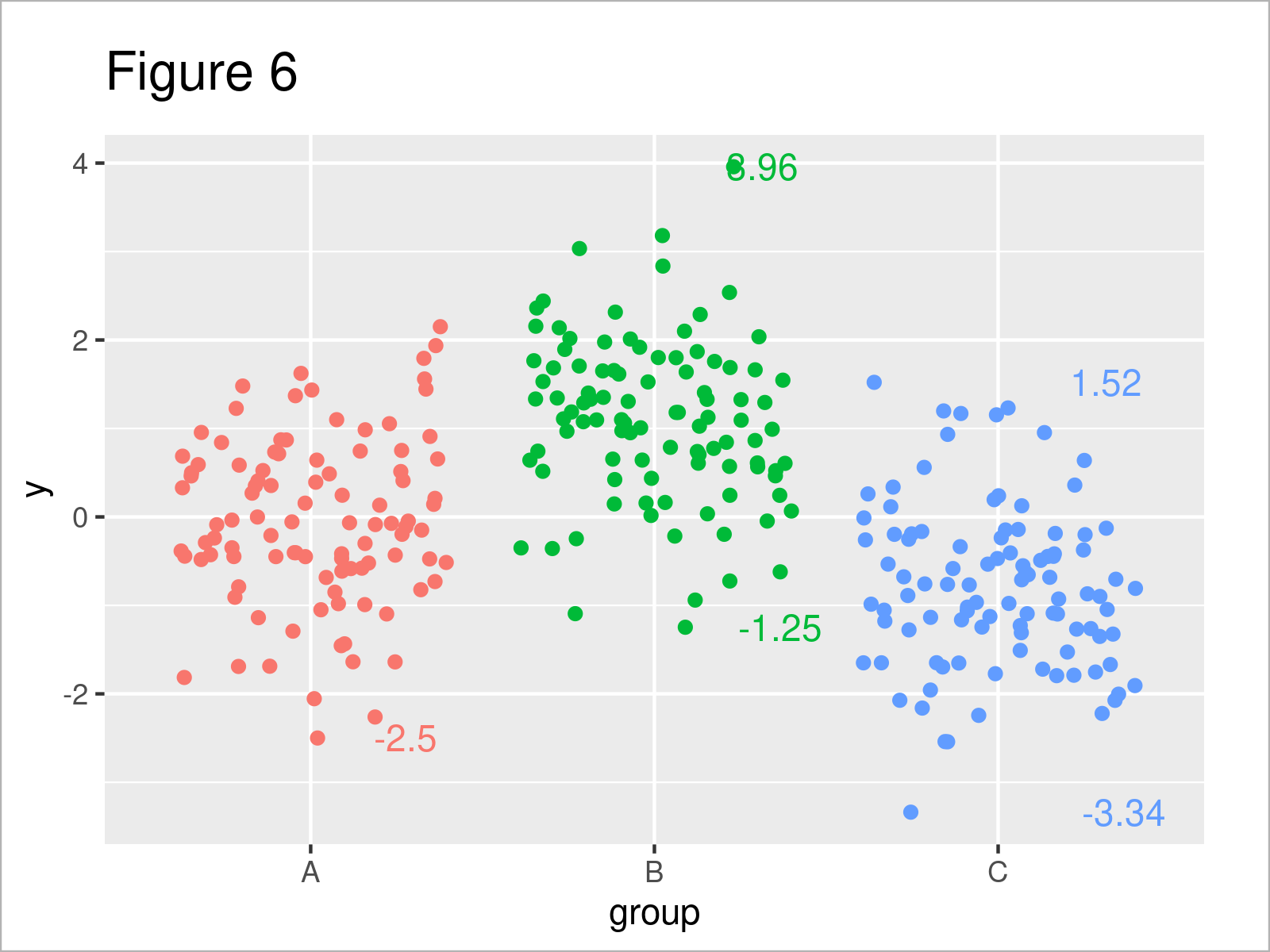 In Figure 6 you can see that we have plotted the values using the previous R syntax. You can also see that as we used geom_jitter(), the text is not aligned with the points in the plot. We correct for that with the next plot.

In the next plot, we also want to add the labels of the outliers instead of their values. Furthermore, we avoid displaying the extra text in color. For the plot, we create a second dataset which contains non NA entries only for the outliers.

Let us plot the data 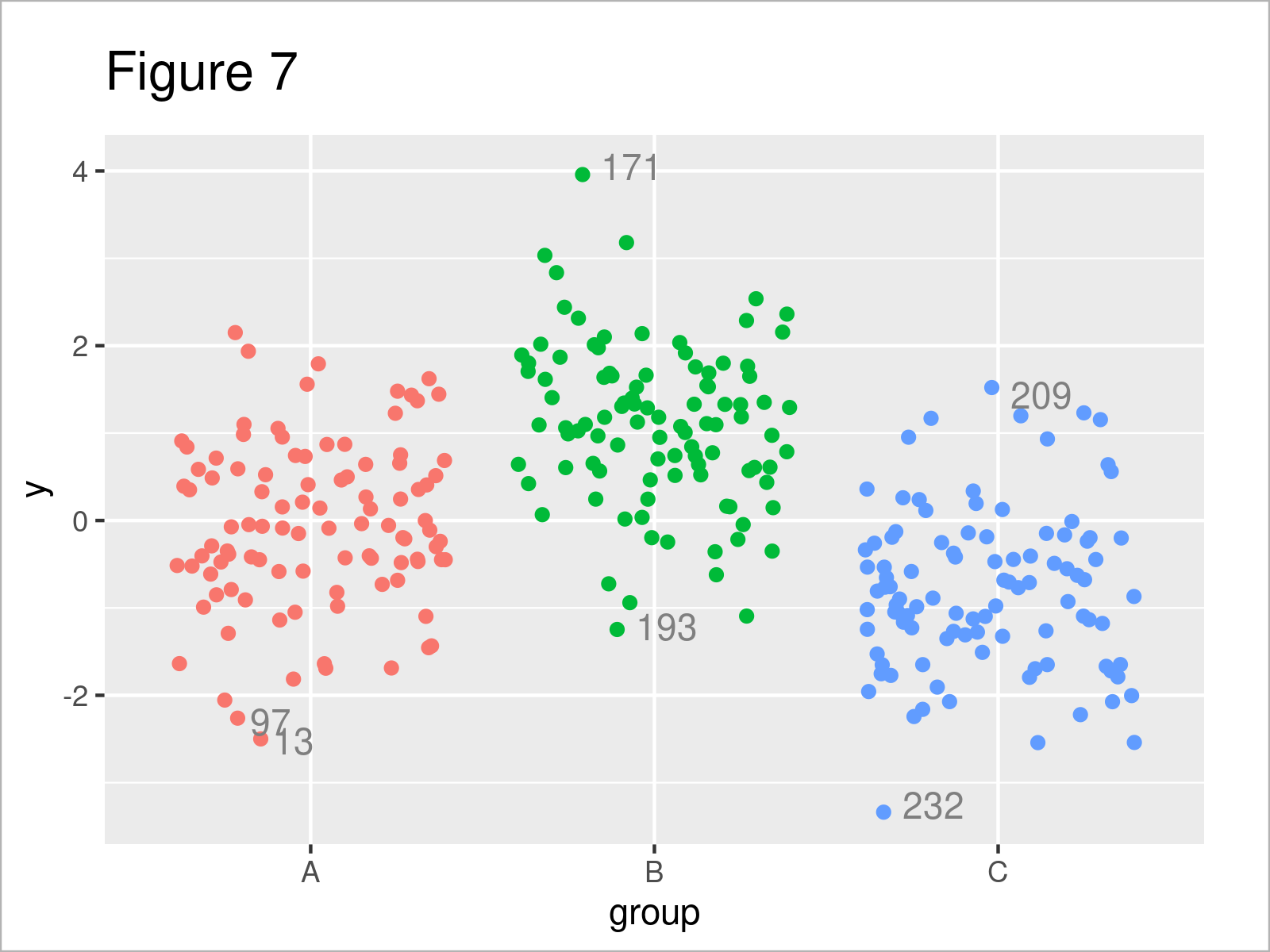 After executing the previous R code, Figure 7 has been created. You can see that now, as we used position_jitter() for both the points and the text, both are aligned.

For further info on the jitter function, we have a post here.

Do you want to know more about the labeling of outliers? Then I recommend watching the following video on my YouTube channel. In the video instruction, I’m explaining the R code of this article.

In addition, you might want to read the related RStudio tutorials on my website. A selection of related tutorials about topics such as numeric values, ggplot2, and lines is shown below:

In this R post, you have learned how to add outliers values and labels to plots in R. If you have further comments or questions, tell me about it in the comments. 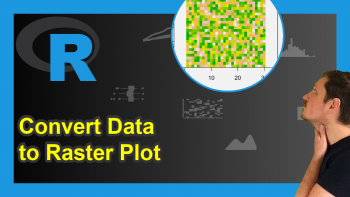 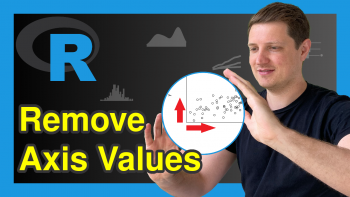