This tutorial demonstrates how to compare the groups of two factor vectors in R programming.

The previous outputs of the RStudio console show the structure of our example data: We have created three factor vectors with different factor levels.

Even though the levels of our factors are different, the groupings may be the same (i.e. the groups are just called differently). Let’s test this!

In this example, I’ll illustrate how to test whether the groupings of two factor objects are the same.

First, we have to install and load the groupdata2 package:

In the next step, we can apply the all_groups_identical function. First, let’s check whether the groupings of the first and second vector are equal to each other:

The RStudio console returns the logical indicator TRUE, i.e. the two vectors have the same groupings.

Let’s apply the all_groups_identical function once again to compare the first and third vectors:

Have a look at the following video instruction on the Statistics Globe YouTube channel. I’m showing the topics of this tutorial in the video:

Furthermore, you might have a look at the related R posts on this homepage.

This article has demonstrated how to test if two grouping factors contain identical groups in the R programming language. Don’t hesitate to let me know in the comments section, in case you have further questions. 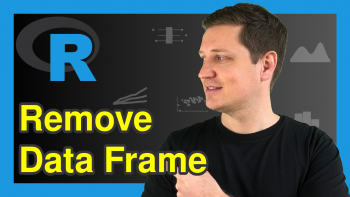 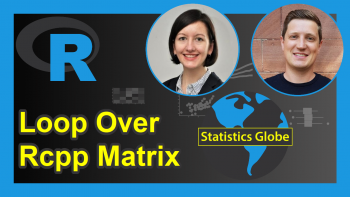 Loop Over Rows & Columns of Rcpp Matrix in R (2 Examples)