In this tutorial, I’ll illustrate how to remove a data frame from the workspace in the R programming language.

The article contains these topics:

First of all, we’ll have to construct some example data: 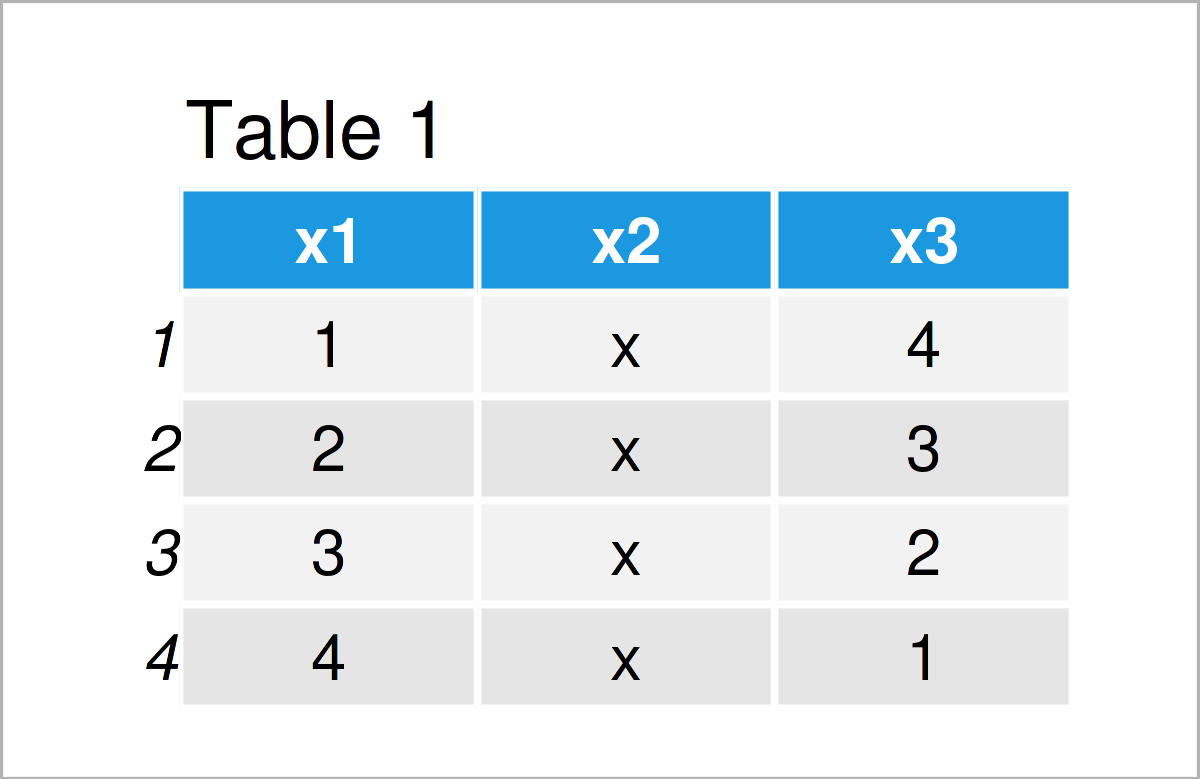 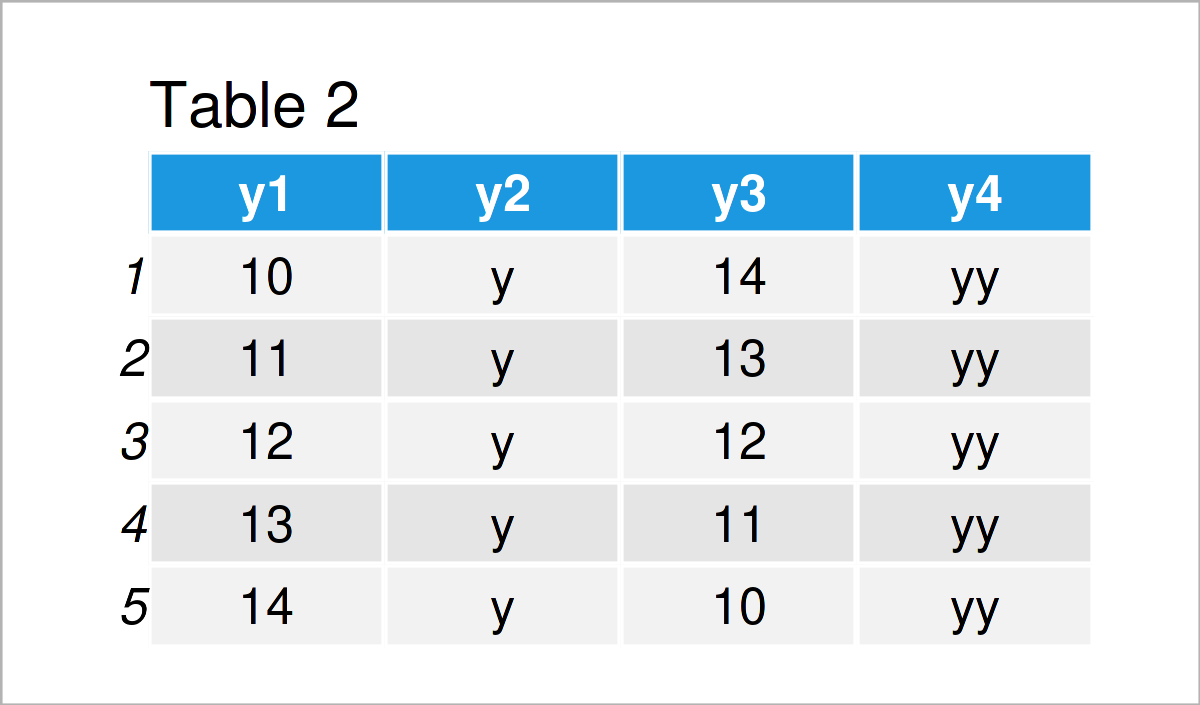 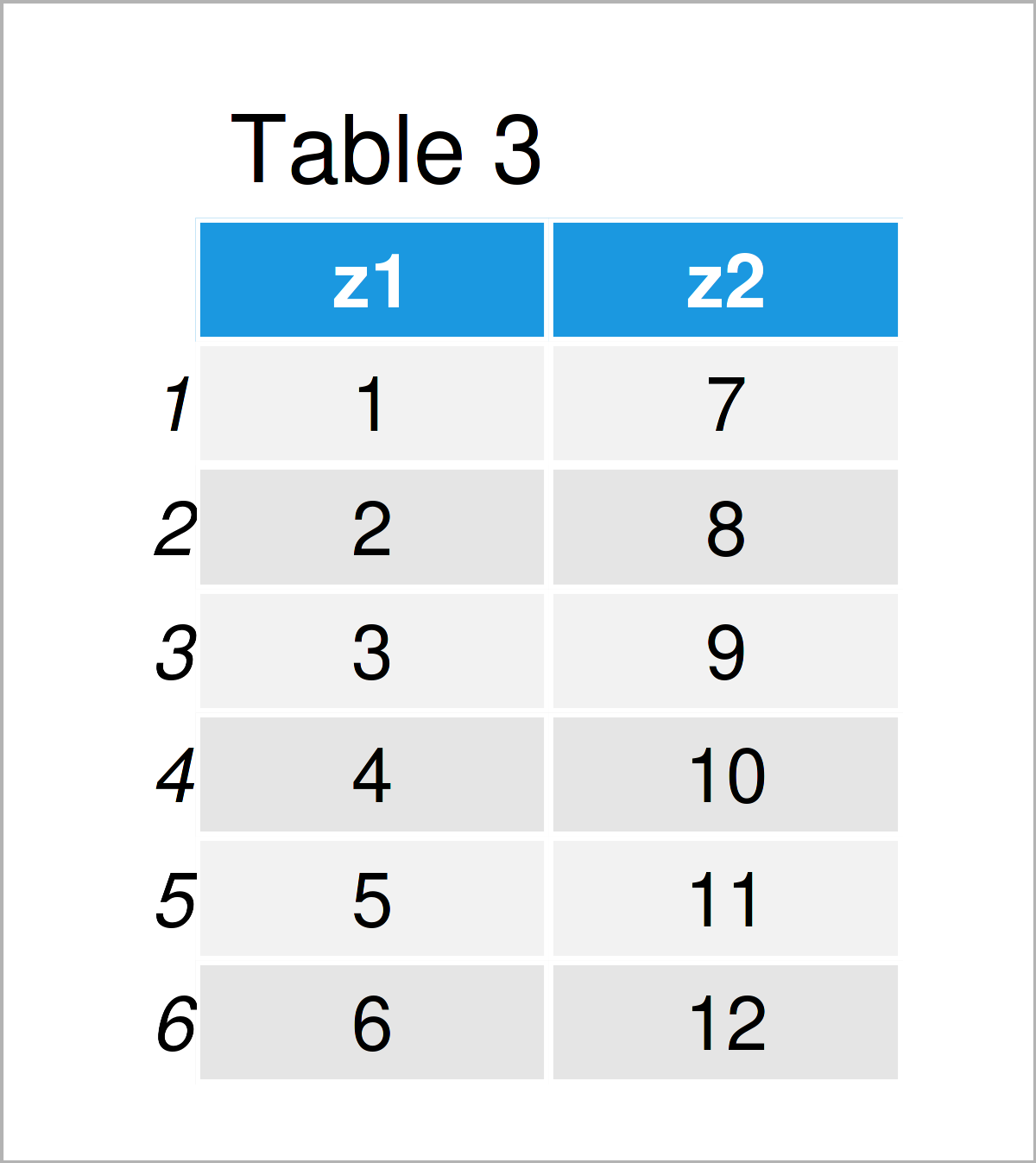 As shown in Tables 1-3, we have created three different data frames called data_1, data_2, and data_3 by executing the previous R programming code.

Let’s also create some other types of data objects:

The previous R code has created two vectors. So at this point of the tutorial, our workspace contains three data frames and two vectors.

Let’s remove some of these data!

In Example 1, I’ll show how to delete only one specific data frame from the global environment in R.

For this task, we can apply the rm function as shown below:

After executing the R syntax above, the data frame object data_1 is dropped from the workspace.

Let’s first re-create the first data frame data_1 that we have removed in Example 1:

Now, we can apply the rm function once again to clear two data frames from the workspace at the same time:

At this point, the data frames data_1 and data_3 have been removed.

In this example, I’ll explain how to drop all data objects with the data.frame class simultaneously.

First, we have to re-create the two example data frame data_1 and data_3:

Now, we can use the rm, ls, sapply, mget, and class functions to delete all data frames from the workspace:

After running the previous R code, only the two vector objects are kept in the workspace.

I have recently published a video on my YouTube channel, which shows the examples of this tutorial. Please find the video below.

In addition, you might have a look at the related tutorials on www.statisticsglobe.com.

To summarize: In this tutorial, I have explained how to drop a data frame from the global environment in R. Please let me know in the comments section below, if you have additional questions. 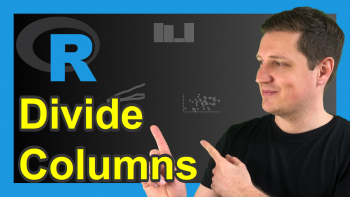 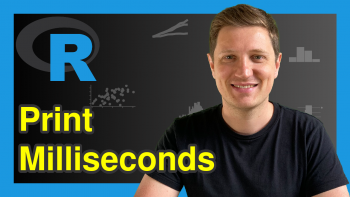