Test if Data Object is a Vector in R (2 Examples)

In this post you’ll learn how to check whether a data object is a vector in the R programming language.

The page will consist of these contents:

To begin with, we’ll need to create some example data:

The previous output of the RStudio console shows that the example data is a vector object containing five elements.

If we now apply the is.vector function to this data object, the logical value TRUE is returned:

However, there’s a problem with this procedure. Let’s illustrate that by creating a list object:

If we now apply the is.vector function to this list, an unexpected output is returned:

Surprisingly, the previous output has returned the logical value TRUE once again, even though we have applied the is.vector function to a list object.

How can we avoid this surprising result? This is what I will show next!

The following R programming syntax illustrates how to properly test whether a data object is a vector.

For this task, we have to apply the is.vector function in combination with the is.atomic function. Have a look at the R code below:

This time, the logical value FALSE was returned, i.e. the expected result.

We may also apply our combined functions to a real vector object:

The value TRUE is printed – great!

Do you need more information on the R programming code of this article? Then I can recommend watching the following video on my YouTube channel. In the video, I illustrate the examples of this tutorial in a live session.

In addition, you may read some of the other tutorials on this homepage. A selection of tutorials about related topics such as vectors, data objects, extracting data, and character strings can be found below:

Summary: This article has illustrated how to test whether a data object is a vector in R. In case you have further questions, let me know in the comments below. 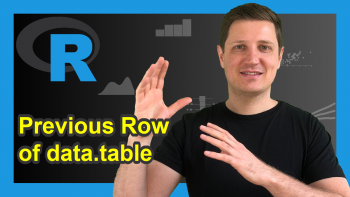 Use Previous Row of data.table in R (2 Examples) 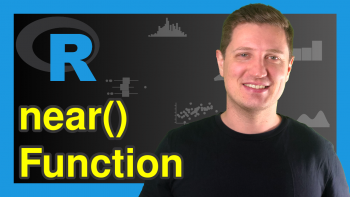