In this R programming tutorial you’ll learn how to extract a data frame variable based on a character string.

Let’s also use the colnames function to create a data object containing the column names of our data frame:

Example: Select Column with [] Instead of $-Operator

Typically, we would use the $-operator to select certain variables from our data frame. However, if we want to extract variables dynamically based on a character string this is not possible. Let’s give it a try:

As you can see, the previous R code is returning NULL.

Fortunately, we can use square brackets instead. Have a look at the following R code:

As you can see, the previous syntax returned the values of our first variable x1 (i.e. the first element in data_cols). For instance, subsetting variables with square brackets instead of the $-operator can be very useful in for-loops, while-loops, or user-defined functions.

Do you need further info on the R codes of this tutorial? Then you may watch the following video of my YouTube channel. In the video, I’m explaining the topics of this tutorial in a live session.

Additionally, you might want to read the other articles of my website. I have released several posts about the extraction of variables from data frames already.

Summary: In this tutorial you learned how to access the elements of a variable using a character string in R programming. Let me know in the comments section, in case you have further questions. 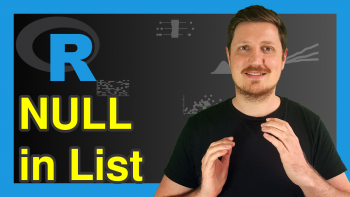 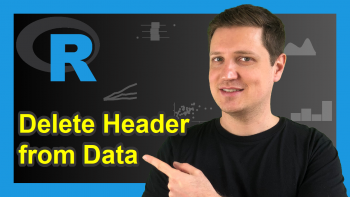