In this article you’ll learn how to consolidate duplicate rows in R programming.

If you want to know more about these content blocks, keep reading… 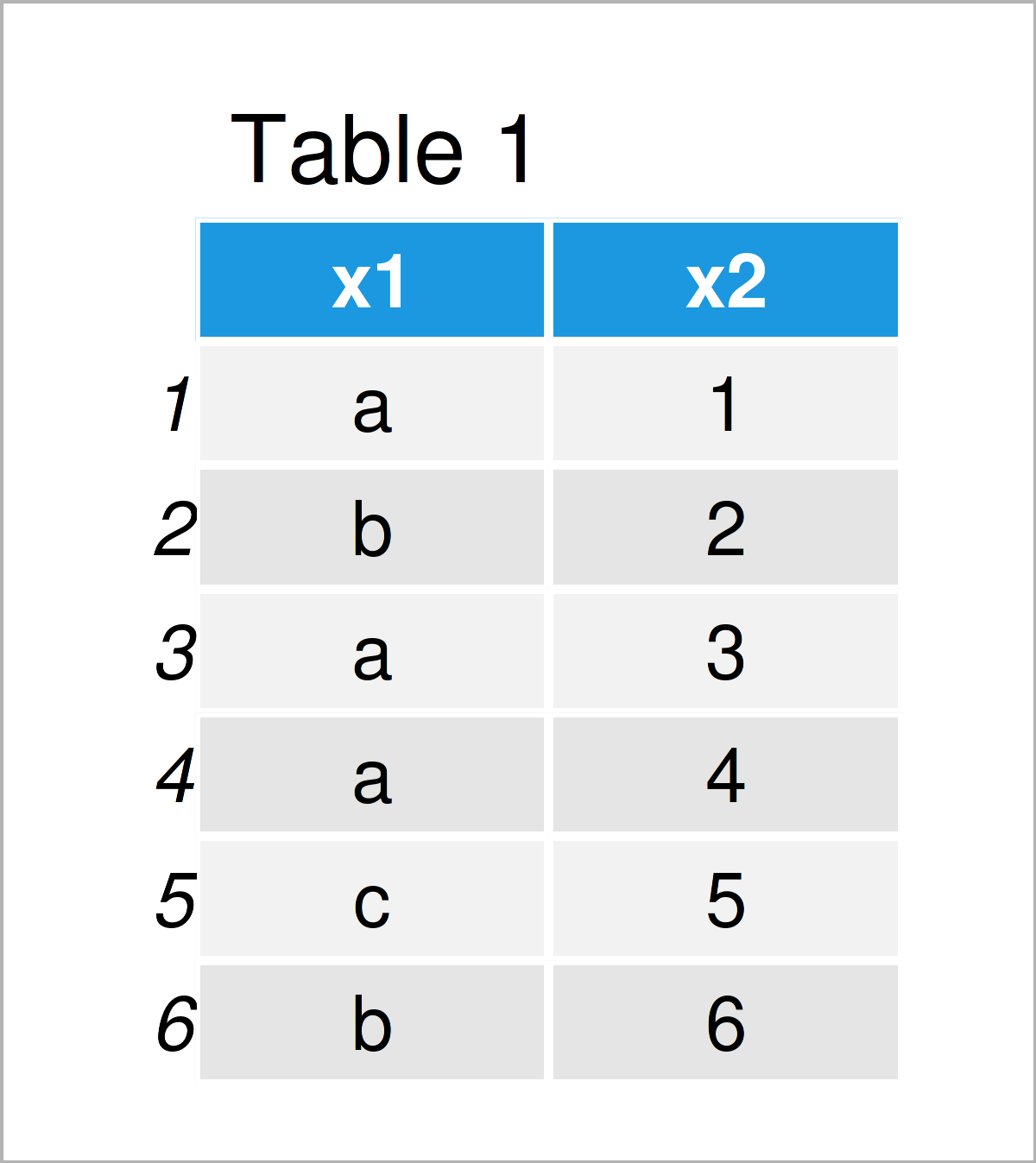 Table 1 shows that our exemplifying data has six rows and the two variables “x1” and “x2”. The variable x1 is a character and the variable x2 has the integer class.

In this example, I’ll illustrate how to merge rows that are duplicated in the column x1.

For this, we can use the aggregate function that is provided by the basic installation of the R programming language as shown below: 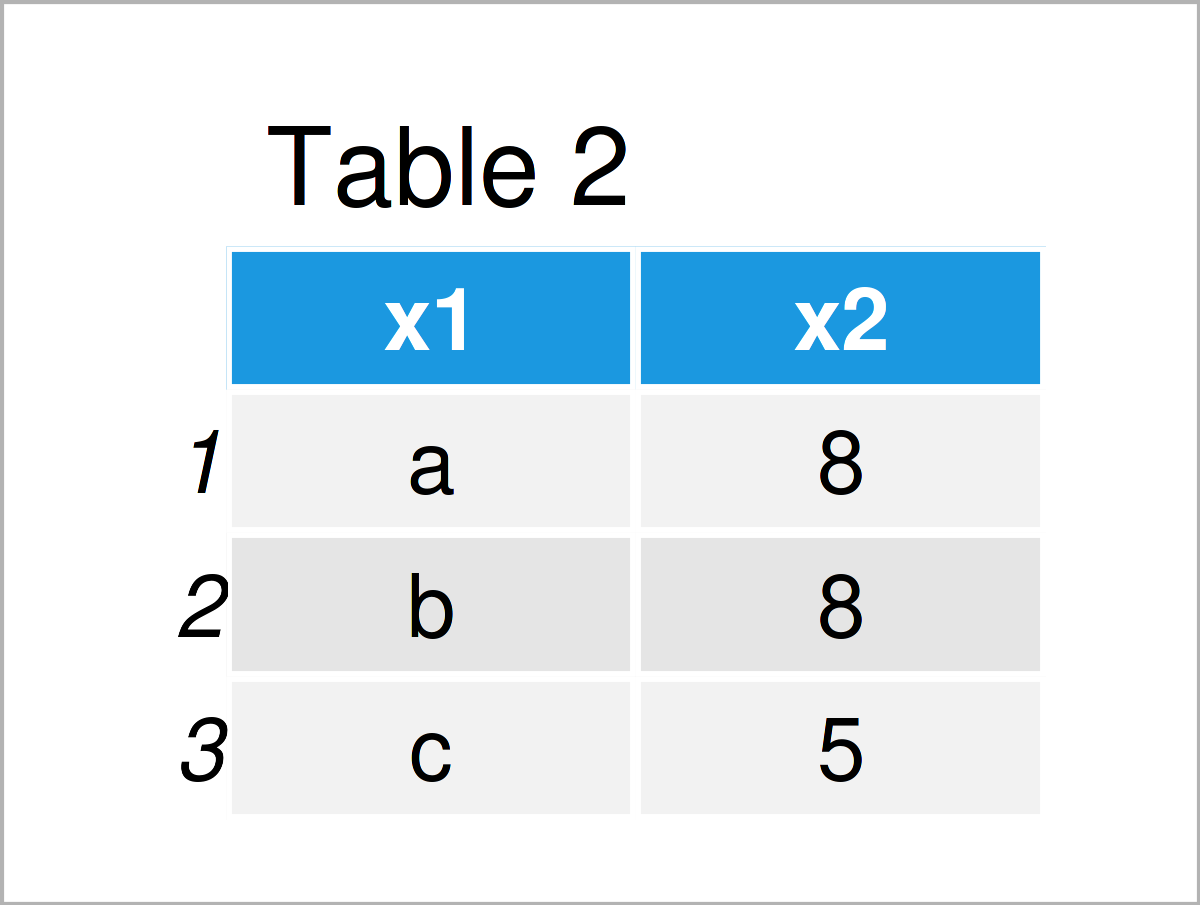 The following code shows how to use the dplyr package to sum up duplicates.

To be able to use the functions of the dplyr package, we first have to install and load dplyr:

Next, we can use the group_by and summarise functions to merge all duplicates in the variable x1.

Note that we are also using the as.data.frame function to create a data frame output. If you prefer to work with tibbles, you may remove this line of code. 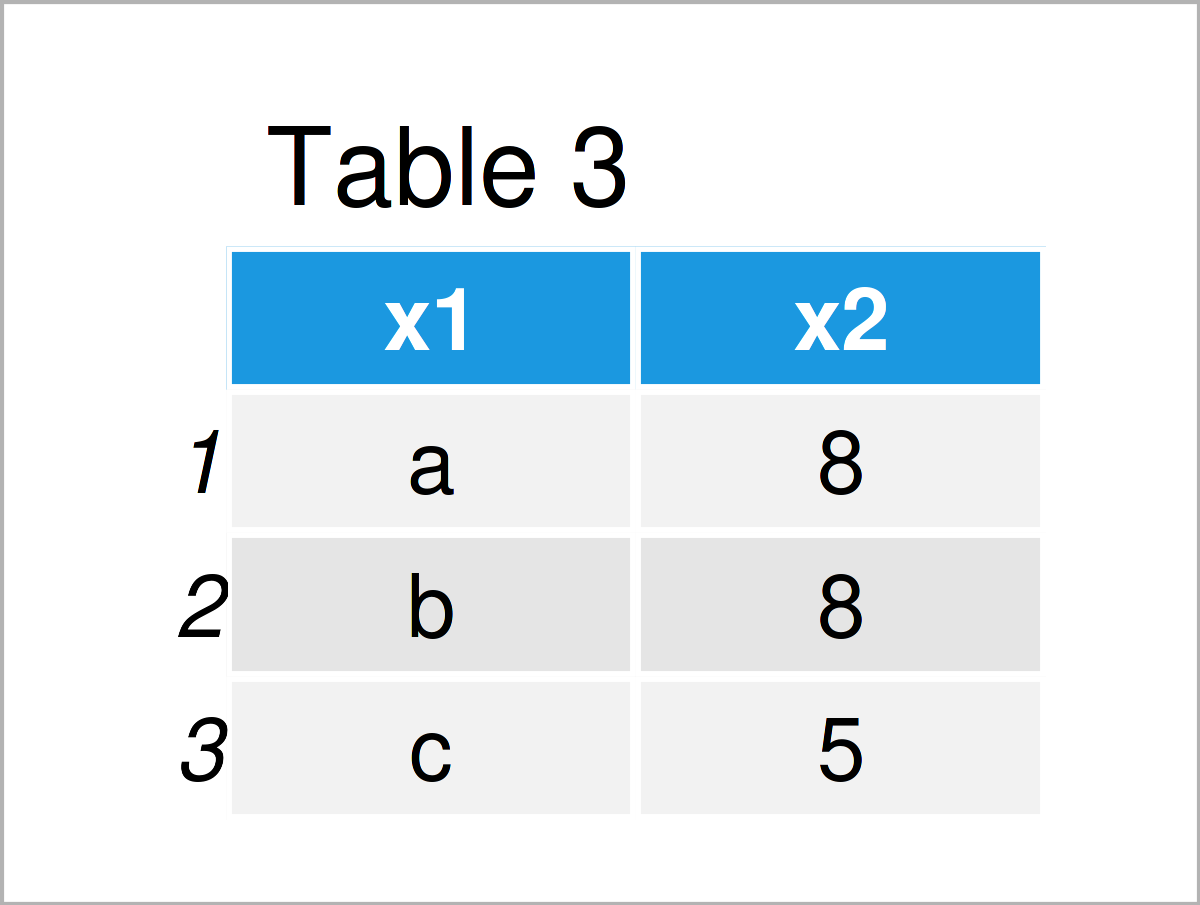 The output of the previous R programming code is shown in Table 3 – A data frame containing exactly the same values as in Example 1.

Would you like to learn more about the consolidation of duplicate rows in a data frame? Then you may want to watch the following video on my YouTube channel. In the video, I’m explaining the content of this post:

In addition to the video, you could read the related tutorials on my website. You can find a selection of tutorials below:

To summarize: This tutorial has explained how to sum repeated rows in a data frame in the R programming language. Tell me about it in the comments, in case you have further questions. 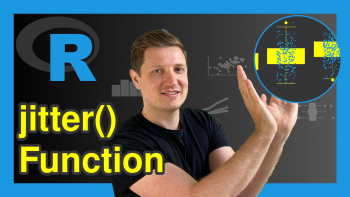