In this tutorial, I’ll explain how to transform radian to degree and vice versa in the R programming language.

Sound good? Great, let’s do this.

Have a look at the previous output of the RStudio console. It shows that our example data is a single numeric value stored in the data object x.

The following R programming code illustrates how to assign the radians unit to a numeric object.

We first need to install and load the units package, in order to use the corresponding functions:

In the next step, we can apply the as_units function to set the unit of our data object to radian:

The following R syntax shows how to convert radian to degree.

To accomplish this, we can use the set_units function of the units package as shown below:

In Example 3, I’ll demonstrate how to transform degree to radian.

Once again, we can use the set_units function for this task:

As you can see, the output above shows the same value as our example data object x that we have created at the beginning of the tutorial.

This is because we have converted our data object from radian to degree and back to radian.

Do you need further information on the contents of this article? Then you might watch the following video on my YouTube channel. I illustrate the R syntax of the present post in the video.

In addition, you might read the other R tutorials on my website. You can find a selection of articles that are related to the transformation of radian to degree and vice versa below.

In summary: At this point you should have learned how to convert and change radian to degree and vice versa in the R programming language. Don’t hesitate to tell me about it in the comments, if you have further questions. 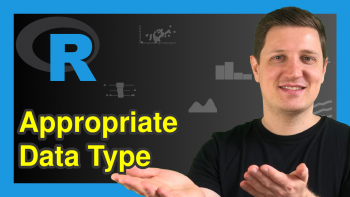 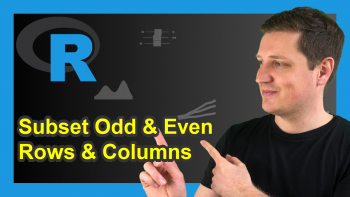