In this R tutorial you’ll learn how to separate a data frame into two different parts.

In Example 1, I’ll explain how to divide a data table into two different parts by the positions of the data rows. The first part contains the first five rows of our example data…

…and the second data frame contains the bottom five rows of our input data:

Example 1 has explained how to split a data frame by index positions. The following R programming code, in contrast, shows how to divide data frames randomly.

First, we have to create a random dummy as indicator to split our data into two parts:

Now, we can subset our original data based on this dummy indicator. First, we are creating one data frame…

…and then we are creating the other data frame:

In Example 3, I’ll illustrate how to separate data sets by column. More precisely, we are using the variable names of our data frame to split the data.

…and the variable x2 to the second junk of data:

Note that the second part of the data was converted to a vector, since we only kept a single variable in this second data part.

If you need more explanations on the examples of this tutorial, you may watch the following video of my YouTube channel. I show the R codes of this article in the video instruction:

Furthermore, you may have a look at the other tutorials on Statistics Globe.

In this R tutorial you learned how to split a data frame into multiple subsets. Let me know in the comments below, if you have additional questions. Furthermore, please subscribe to my email newsletter for regular updates on the newest articles. 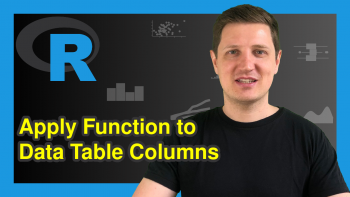 Apply Function to data.table in Each Specified Column in R (Example) 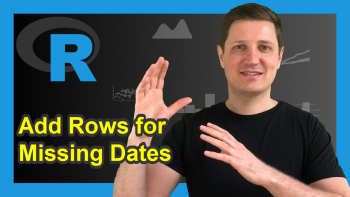