In this tutorial, I’ll explain how to separate a large data frame into a list containing multiple data frames in R.

Let’s jump right to the example:

As you can see based on the previous RStudio console output, our example data contains six rows and three columns. The first variable is an ID-column that we can use to separate our data later on.

In this Example, I’ll show how to convert our data frame to a list of data frames using the split() function.

The previous output shows our resulting list object. It contains three list elements and each of these list elements is a subset of our original data frame.

Do you need further explanations on the R code of this article? Then you could have a look at the following video of my YouTube channel. I illustrate the R syntax of this article in the video:

In addition, you may have a look at the related tutorials on my website:

To summarize: In this R tutorial you learned how to split huge data frames into lists. If you have any further questions and/or comments, tell me about it in the comments section. Besides that, please subscribe to my email newsletter to get updates on new articles. 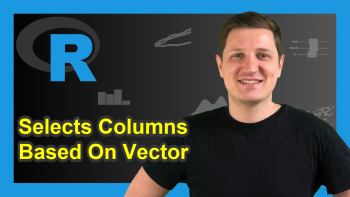 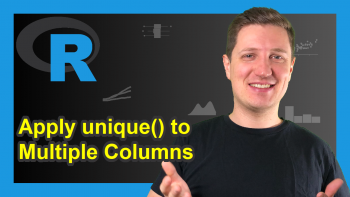