On this page, I’ll show how to insert a character pattern at a particular position of a string in the R programming language.

The previous RStudio console output shows that our exemplifying data is a single character string object containing a sequence of alphabetical letters.

In this example, I’ll explain how to use the gsub function to insert a character pattern in our example string.

The previously shown R code works fine. However, it might be a bit complicated to run this R code every time we want to put a particular character pattern into a string.

The next example therefore shows how to speed up this process.

The R code below explains how to create a user-defined function that inserts a character pattern in the middle of character strings.

Next, we can apply our own function:

As you can see, we have created another character string containing our input characters and the pattern “_YYY_” in the middle of the string.

Do you want to learn more about character string manipulation in R? Then I recommend watching the following video of my YouTube channel. I’m illustrating the R codes of this article in the video.

Furthermore, you may want to have a look at some of the other tutorials on this homepage.

In summary: In this article you have learned how to insert characters at specific locations in a string in the R programming language. In case you have further comments or questions, please let me know in the comments section. 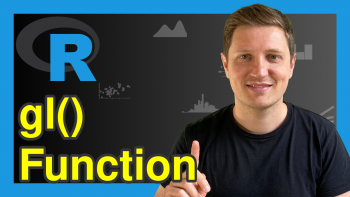 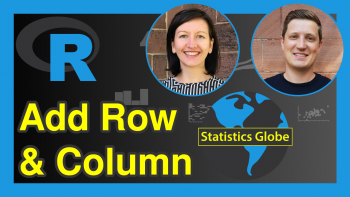