In this tutorial, you’ll learn how to sort a list of datetime objects using the Python programming language.

The tutorial structure can be seen below:

Let’s get straight into it!

Firstly, we need to import datetime from the datetime module.

Furthermore, we have to create a list of datetime objects:

Example 1: Defining & Implementing a Sorting Algorithm of Your Own

In Python, we use comparison operators ‘<‘, ‘>’, ‘=’ to compare integer quantities with each other.

We can define and utilize any sorting algorithm. In this example, we will use the implementation of the selectionSort algorithm.

The output is the sorted version of the list in increasing order.

This function utilizes a combination of MergeSort and InsertionSort. The function also has a parameter named reverse, which can be used to select the order of the list.

If it is set to “False”, then the list is sorted in increasing order, and it’s vice versa for it’s “True” setting.

Do you need more explanations on how to sort a list of datetime objects in Python? Then you should have a look at the following YouTube video of the Statistics Globe YouTube channel. 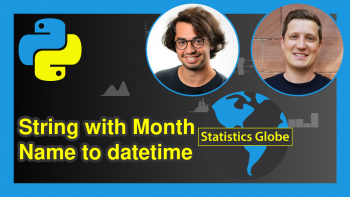 Convert String with Month Name to datetime in Python (Example) 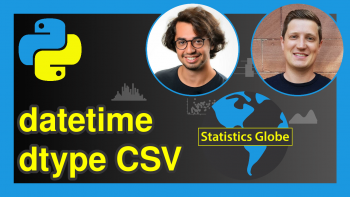