In this article you’ll learn how to compute the number of hours, minutes, and seconds between two dates and times using the Python programming language.

Our table of content is structured as shown below:

As a first step, we have to import the datetime module and relativedelta from the dateutil module:

Then, let’s construct some example datetime objects for our example:

Afterwards, we will set the difference between the dates to a timedelta object by simply using the minus sign.

Note: The following if else statement can be used to avoid negative difference results due to dates being unknown in the program initially.

A timedelta object has the following fields and functions for use:

If you still have doubts about the timedelta object fields, you can use the following line to ease your mind (of course this is only true if there are microsecond differences between datetimes).

Although the timedelta library provides the basic units, we may need more types of units. In order to achieve this, we can do the following:

First let’s set our desired time units in terms of seconds. In this example we will focus on hours, minutes, and seconds.

We will use the built-in function divmod for the next part. It’s a function which divides the first parameter with the second parameter and returns a tuple: (quotient, remainder).

This example explains how to get the time difference in weeks and days using the same dates as in Example 1.

Similar to the previous example, we will get the difference, set our time units, and calculate the amounts corresponding to each time unit.

The previous two examples were solved with a more hands-on approach to the problem, and it is problematic for months because the day count varies throughout the months, which brings us to our final example.

In this example we will use a library which automatically partitions the time starting from years until seconds. If you need a full scope of standard time units, this is the most practical method.

Note: Even though relativedelta has a weeks field as well, it’s only for operations between relativedelta objects and can’t be used for this example.

The tutorial where the relativedelta library is used to calculate the difference in terms of days, months, and years can be found in the list of tutorials below.

In case you need more examples and explanations on how to get time differences using Python, you should have a look at the following YouTube video of the Statistics Globe YouTube channel.

Furthermore, you might have a look at some of the related tutorials on the Statistics Globe website:

This article has shown how to get the time difference between two dates in hours, minutes, and seconds. In case you have any additional questions, you might leave a comment below. 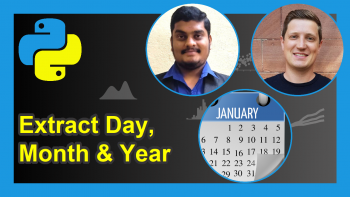 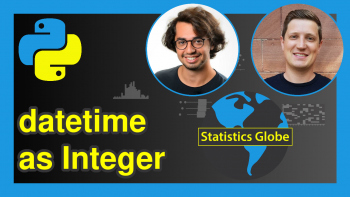