This article shows how to add new variables at a specific position of a data frame in the R programming language.

The previous output of the RStudio console shows the structure of our example data – It contains five rows and three columns with the column names x1, x2, and x3.

We also need to create a vector that we can add as new variable to our data frame:

Now, we are set up and can move on to the examples!

As you can see based on the previous RStudio console output, we have created a new data frame containing the columns of the original data frame and in addition our new variable new_col at the second index position (i.e. after the first index position).

With the add_column command, we can also add new variables by variable names. In Example 2, I’ll show how to do that:

The output is exactly the same as in Example 1. However, this time we inserted a new column using column names.

I have recently published a video on my YouTube channel, which illustrates the examples of this page. You can find the video below.

In addition, you could read some of the other tutorials of this website. A selection of articles is listed here:

At this point you should have learned how to append an additional column to a data table in the R programming language. Let me know in the comments section below, if you have further comments and/or questions. 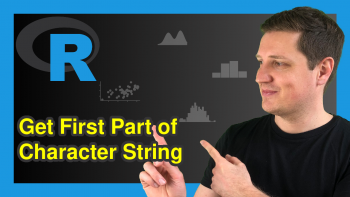 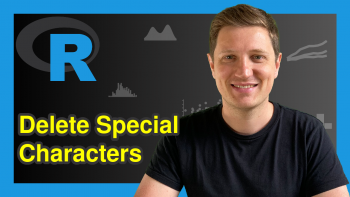 Remove All Special Characters from String in R (2 Examples)