In this tutorial you’ll learn how to test objects for exact equality using the identical function in R.

The page will consist of this:

At first, we need to create some data that we can use in the following examples:

The previous RStudio console outputs show the structure of our example data: We have created three vector objects called x1, x2, and x3.

In this example, I’ll demonstrate how to apply the identical function to test two data objects for being exactly equal in R.

For this, we have to specify the two data objects that we want to compare within the identical function:

The vectors x1 and x3 are not identical.

Do you need further info on the examples of this article? Then you may want to have a look at the following video on my YouTube channel. I’m explaining the topics of this page in the video:

Furthermore, you could have a look at some of the related tutorials on https://www.statisticsglobe.com/.

In summary: You have learned in this article how to check whether two objects are exactly the same by applying the identical function in the R programming language.

Let me know in the comments section below, in case you have any further questions. 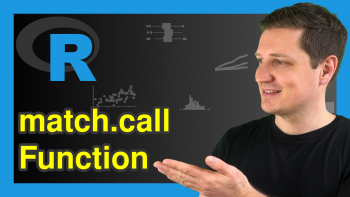 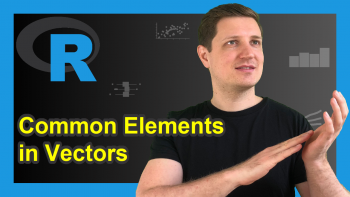