In this post you’ll learn how to retain only unique rows of a data set with the distinct function of the dplyr package in R.

Sound good? Here’s how to do it.

If we want to apply the distinct function in R, we first need to install and load the dplyr add-on package to RStudio:

Our example data is a data.frame with six rows and two columns. The first and sixth row are identical.

Note that we could also use a data set in tibble format. However, in the present R tutorial we’ll stick to a data frame.

We can remove duplicate rows from our example data with the distinct function as shown in the following:

You can see the output of the distinct function in the RStudio console: The same data frame as before, but this time without the duplicate row six.

If you need more explanations on the content of the dplyr add-on package, you may want to watch the following video of my YouTube channel. I show further functions of the dplyr package in the video:

In addition, you could read some of the other articles of Statistics Globe. I have released several articles about the dplyr package and the manipulation of data already.

At this point you should have learned how to delete duplicated rows of data frames and tibbles with the dplyr package in R programming. In case you have any additional questions, let me know in the comments section. 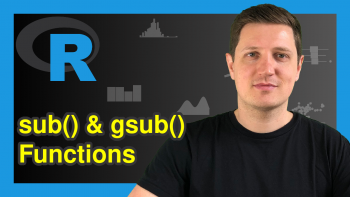 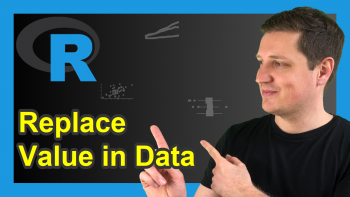