In this R tutorial you’ll learn how to get the number of missing values by group.

If you want to know more about these topics, keep reading! 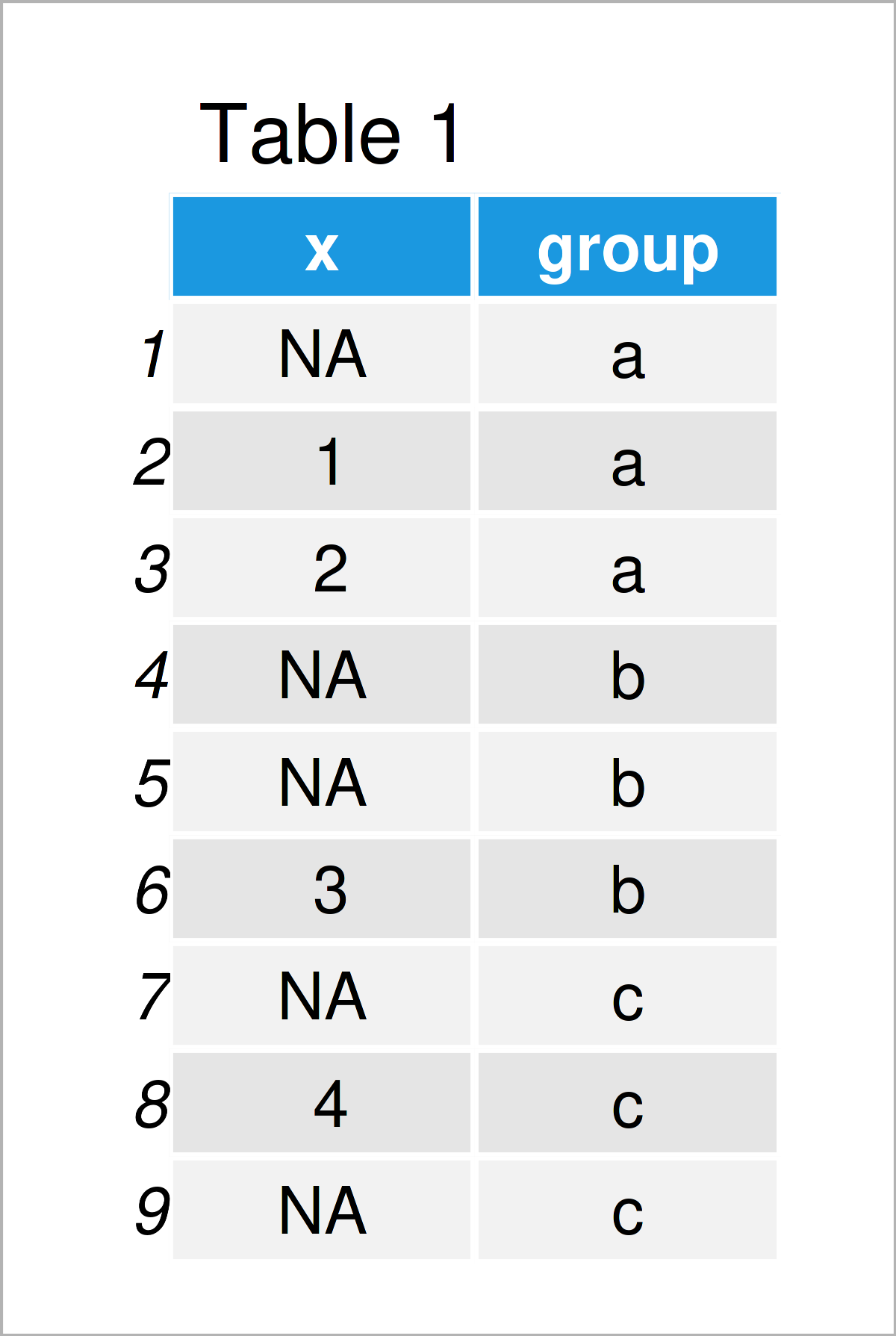 As you can see based on Table 1, our example data is a data frame and consists of nine rows and two variables. The variable x is numerical and the variable group is a character. The variable x contains several NA values.

This example demonstrates how to count the number of NA values by group using the aggregate function of Base R.

Within the aggregate function, we have to specify a user-defined function that counts NA values based on the sum and is.na functions. 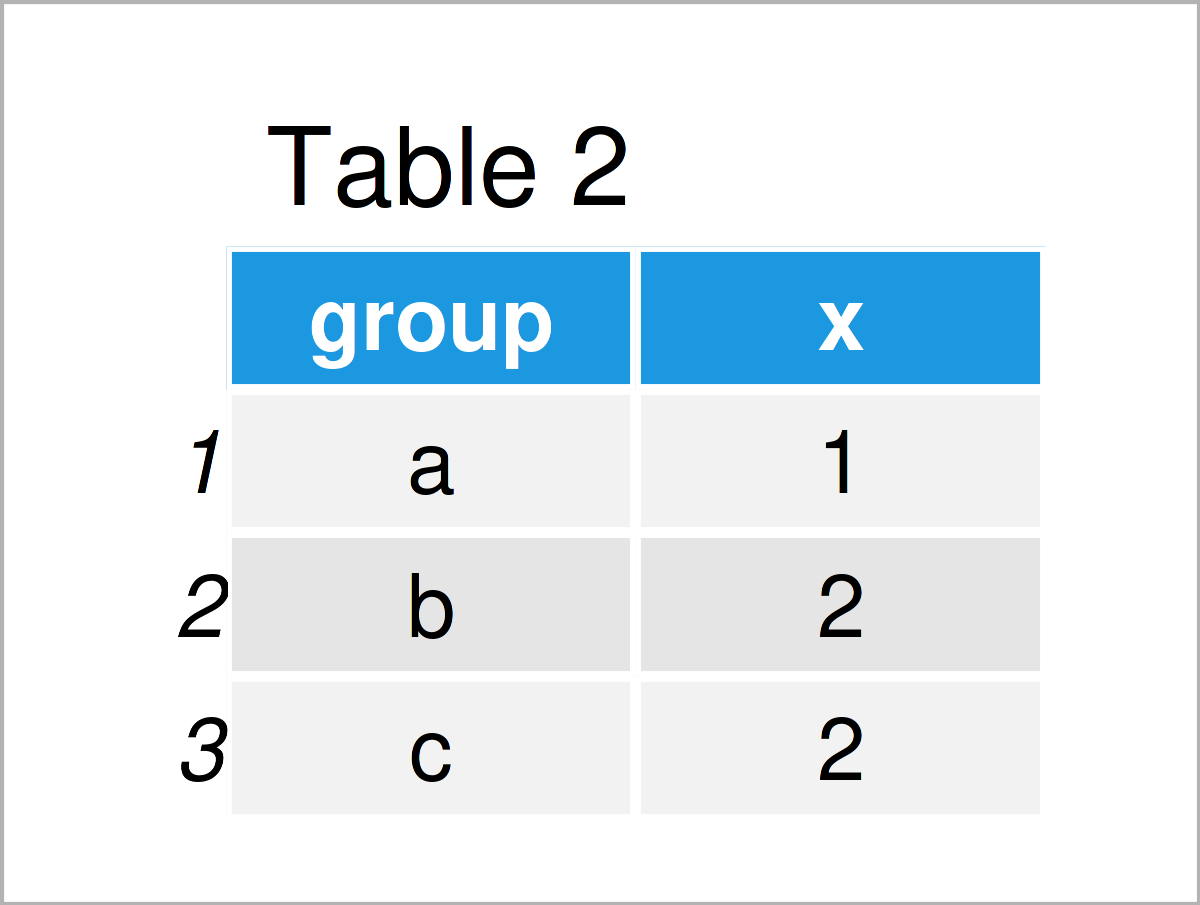 Table 2 shows the output of the previous R syntax – We have created a data frame called data_count1 that contains the NA counts by group.

In Example 2, I’ll explain how to use the dplyr add-on package to count missing data by group.

In order to use the functions of the dplyr package, we first need to install and load dplyr:

Next, we can apply the group_by and summarize functions of the dplyr package to return the number of missing values: 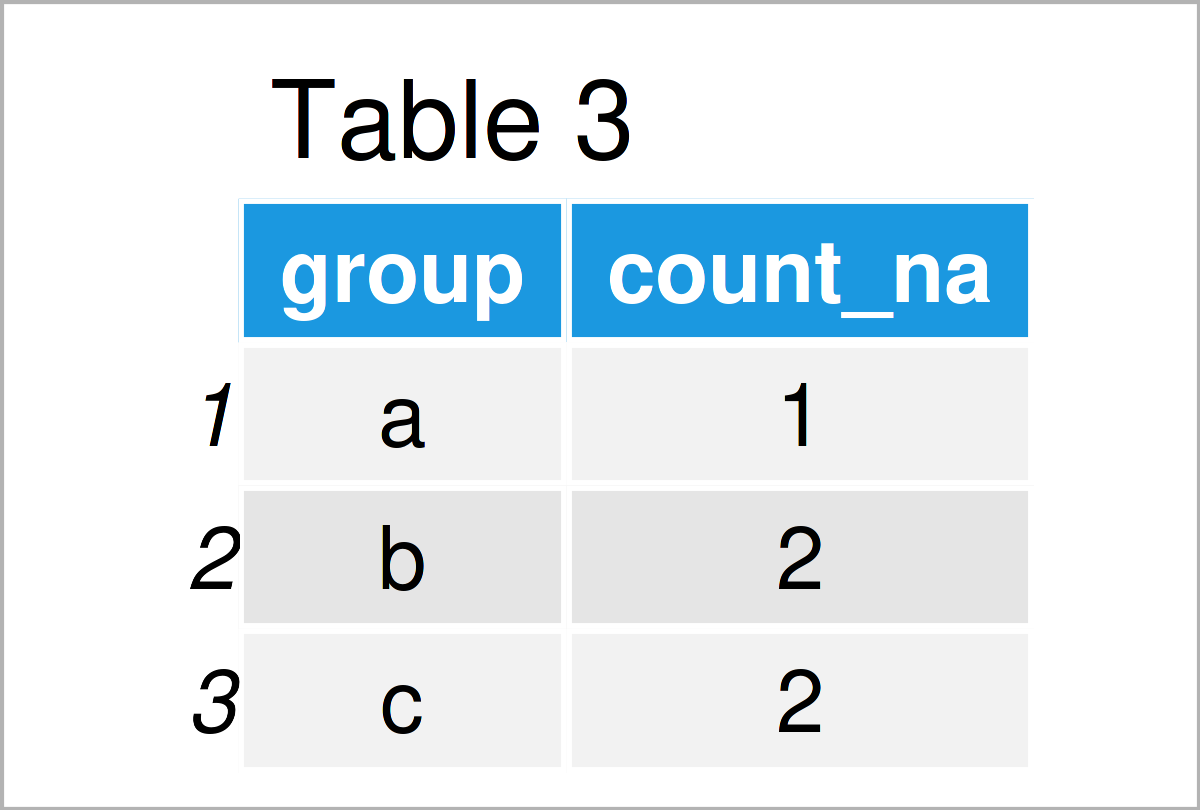 In Table 3 it is shown that we have created another count output illustrating the NA values by group.

If you need more info on the content of this tutorial, you could have a look at the following video on my YouTube channel. In the video, I’m explaining the examples of this post in R.

In this R programming tutorial you have learned how to count the number of NA values by group. In case you have any further comments and/or questions, don’t hesitate to let me know in the comments section below. 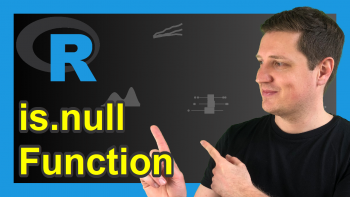 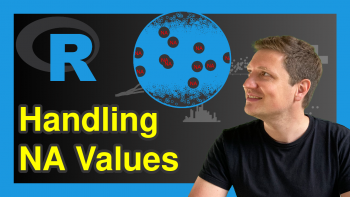