In this tutorial, I’ll illustrate how to append two matrices in the R programming language. 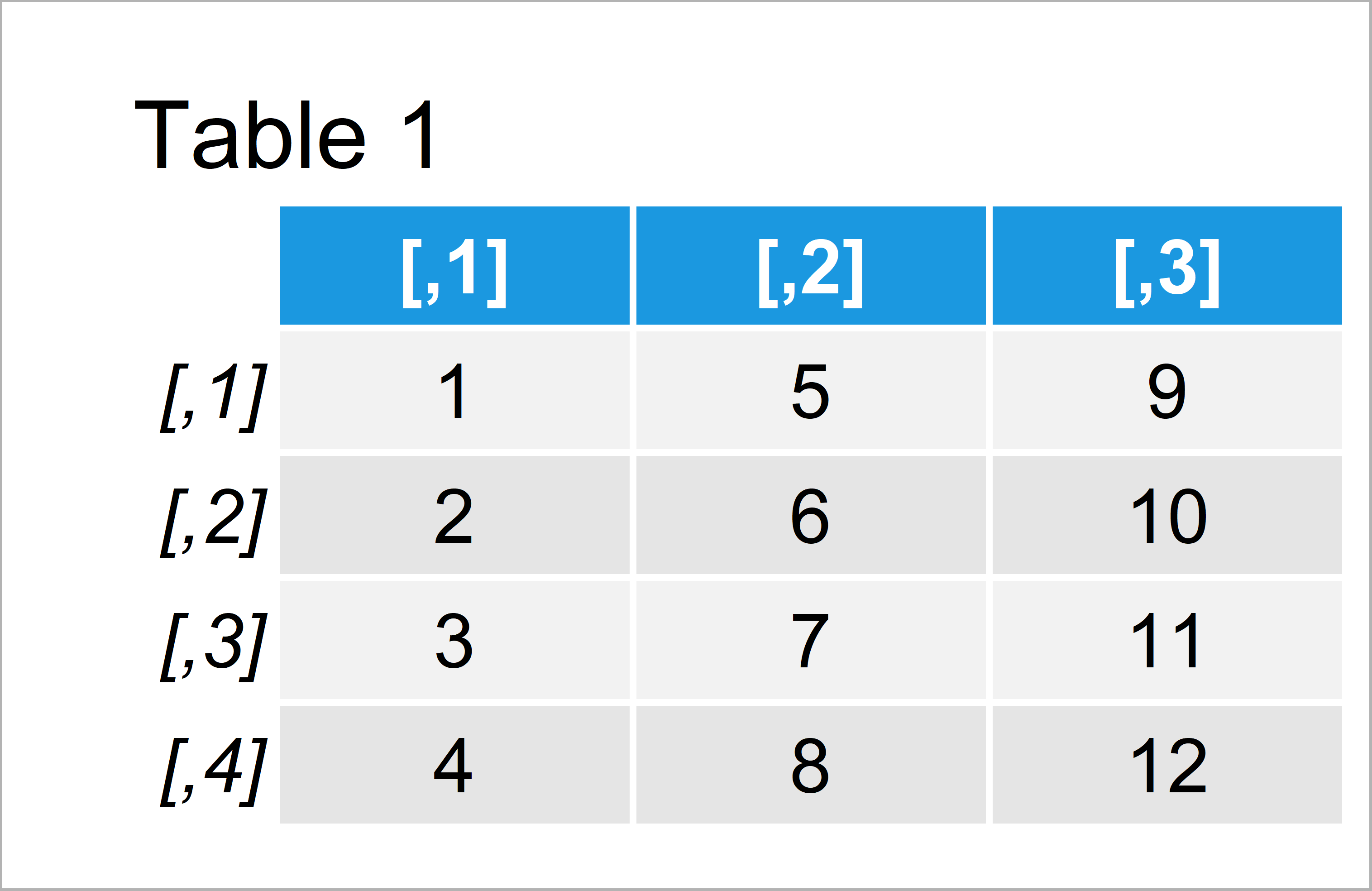 As you can see based on Table 1, the first example data is a matrix and consists of four data points and three columns. 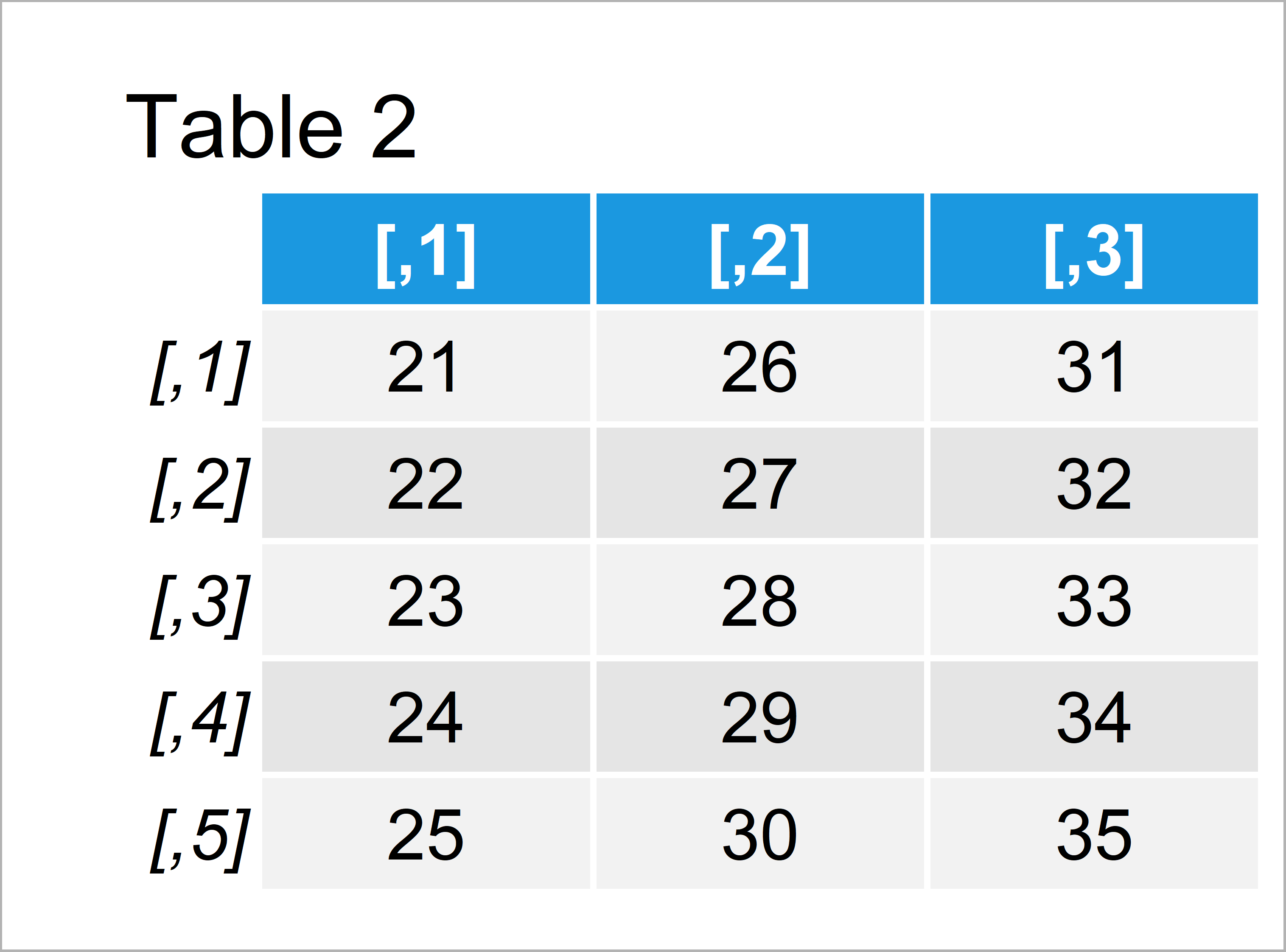 As shown in Table 2, we have created another example matrix by running the previous R syntax. 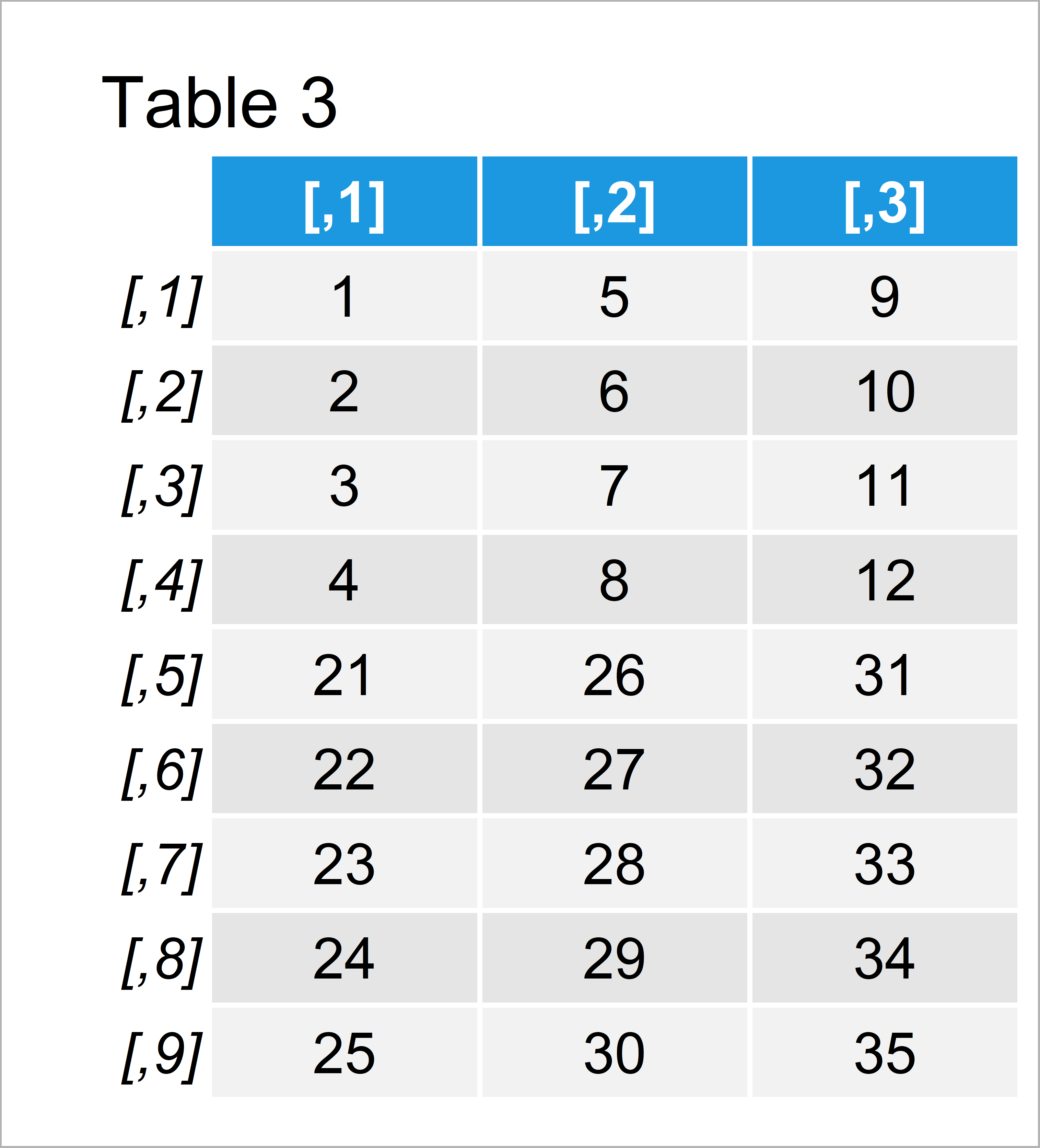 In Table 3 it is shown that we have created a new matrix object containing the rows of mat1 and mat2 by running the previous code.

This example explains how to bind two matrices with different columns in R.

First, we have to create another example matrix with more columns: 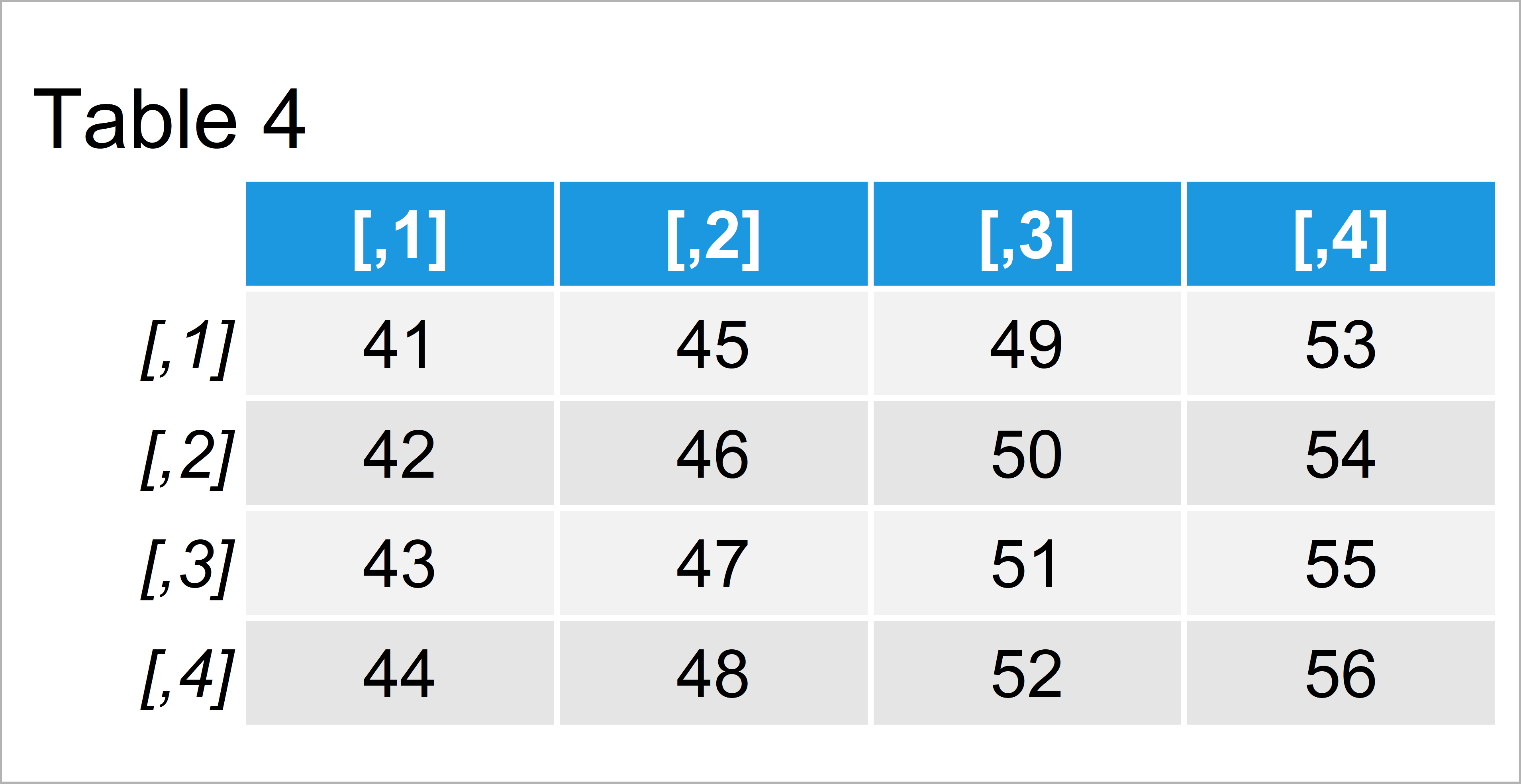 The output of the previous code is shown in Table 4: We have constructed a matrix with four rows and four columns. Note that our first example matrix mat1 contains only three variables.

Let’s try to join the rows of our two matrices mat1 and mat3 using the rbind function:

As you can see, the previous R code has returned an error message to the RStudio console.

So how to fix this problem?

We first have to install and load the plyr package:

Now, we can apply the rbind.fill.matrix function of the plyr package to merge the rows of our two matrices: 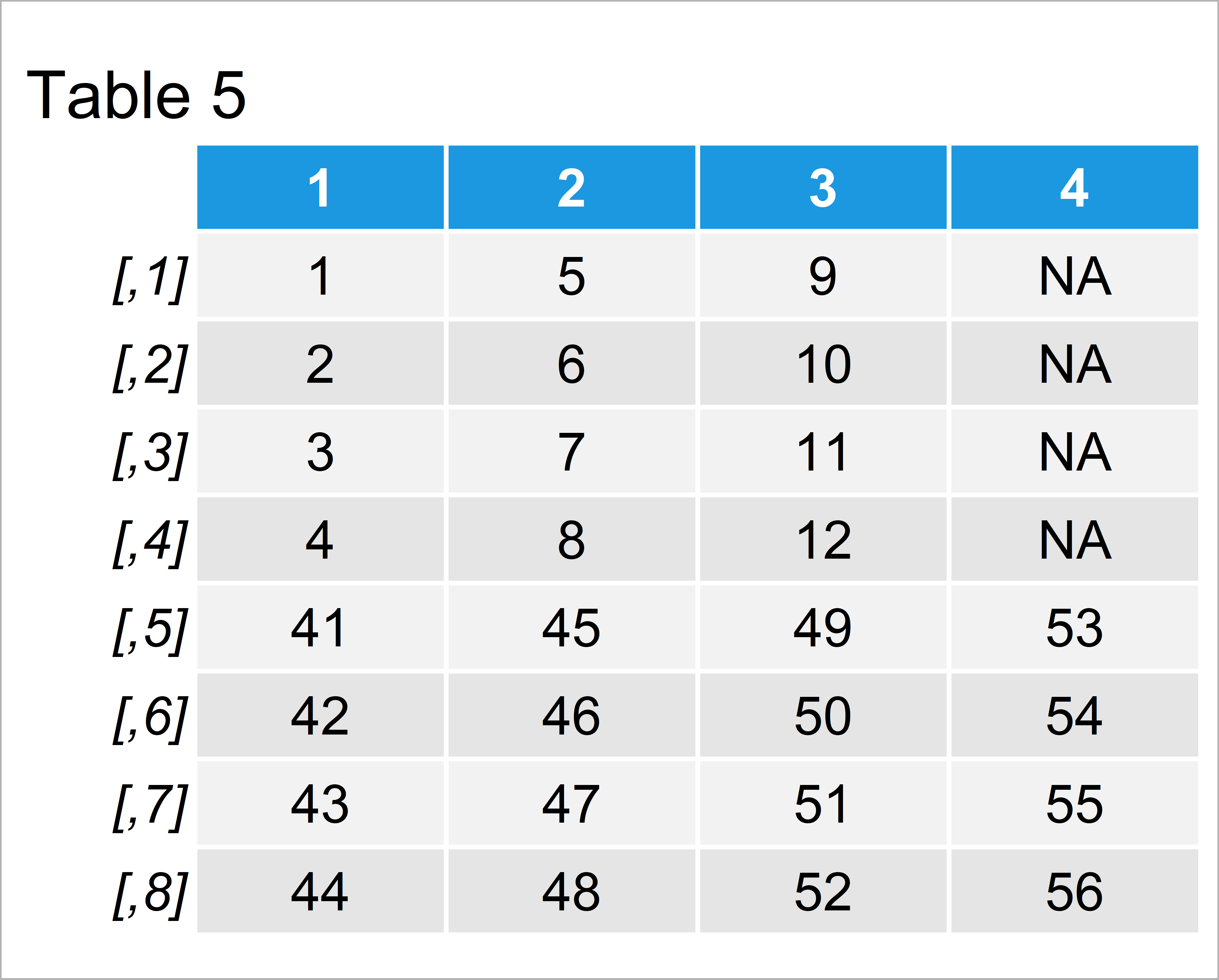 The output of the previous code is shown in Table 5 – A new matrix consisting of the rows of mat1 and mat3.

Note that the fourth column contains NA values (i.e. missing data) in the rows that come from the input matrix mat1.

Summary: In this article, I have illustrated how to concatenate two matrix objects in the R programming language. Let me know in the comments section below, in case you have additional questions and/or comments.