In this article, I’ll demonstrate how to get the percentage by group in R programming. 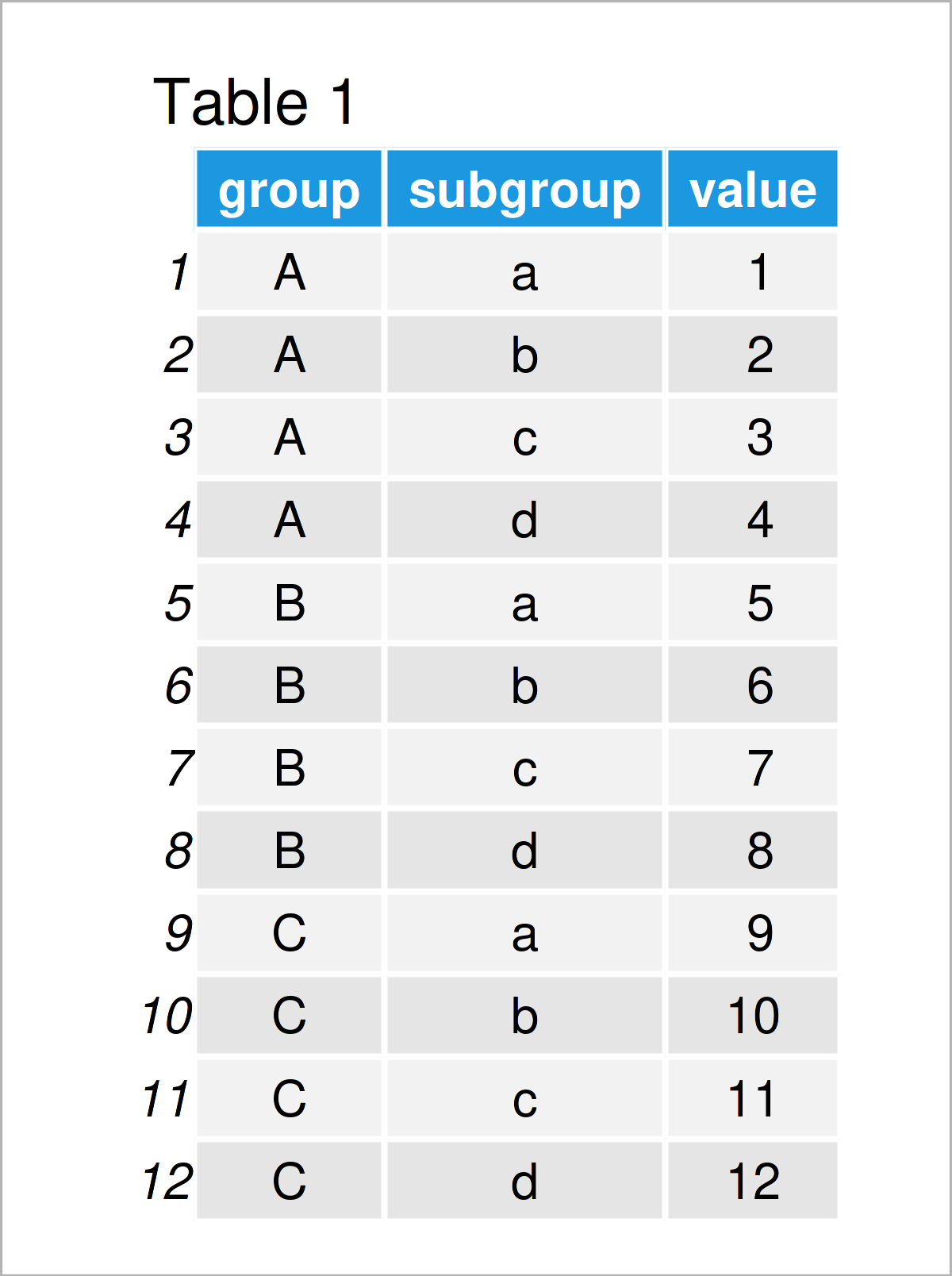 As you can see based on Table 1, our example data is a data frame containing twelve rows and three columns called “group”, “subgroup”, and “value”.

In Example 1, I’ll show how to compute the percentage by group using the transform function provided by the basic installation of R programming. 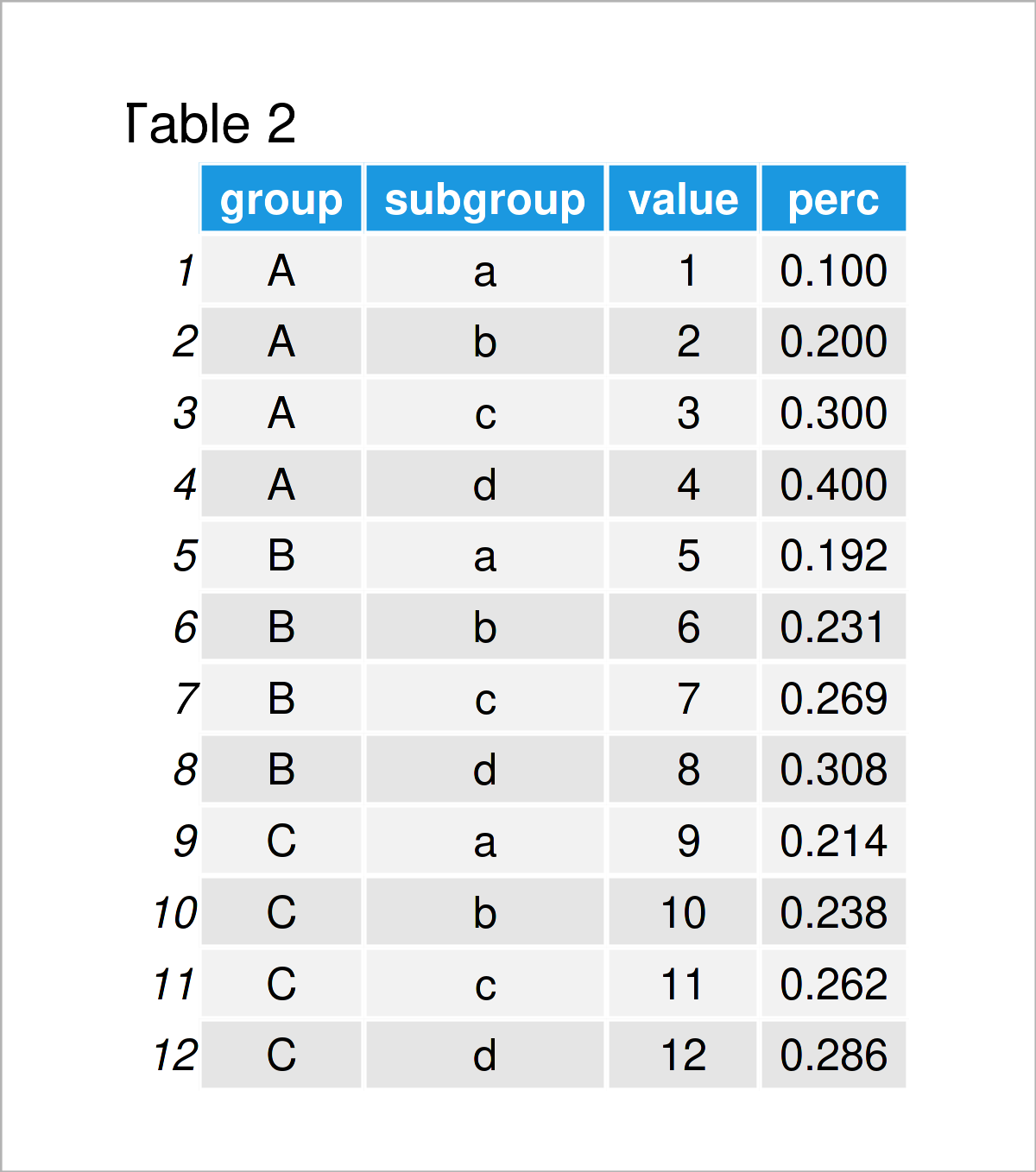 As shown in Table 2, we have created a new data frame with a new column called perc. This column contains the percentages for each subgroup based on the value column.

Alternatively to Base R (as shown in Example 1), we can also use the functions of the dplyr package to calculate the percentages for each group.

To be able to use the functions of the dplyr package, we first need to install and load dplyr:

Next, we can apply the group_by, mutate, and sum functions to create a new data frame variable containing the percentages by group:

The previous R code has created the same output as in Example 1. However, this time we have used the functions of the dplyr package.

I have recently released a video on my YouTube channel, which illustrates the R programming codes of this article. You can find the video below.

In addition, you may want to have a look at the other articles on this website.

In summary: You have learned in this tutorial how to calculate the percentage by group in R. In case you have additional questions, let me know in the comments section. 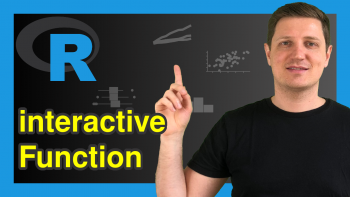 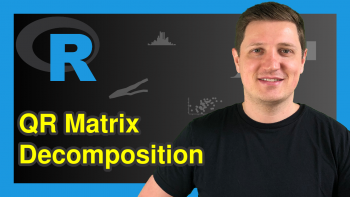