This article explains how to export text lines to an external TXT file in the R programming language.

The previously shown output of the RStudio console illustrates the structure of our example data – We have created a vector of character strings containing different lines of text.

Let’s write these lines of text to a TXT file!

Example 1 illustrates how to save our text lines to a TXT file using the writeLines function in R.

Within the writeLines function we have to specify the data object containing our lines of text (i.e. text_lines) and the name of the TXT file we want to create:

After running the previous R code, you should find a text file in your current working directory that looks as in the screenshot below: 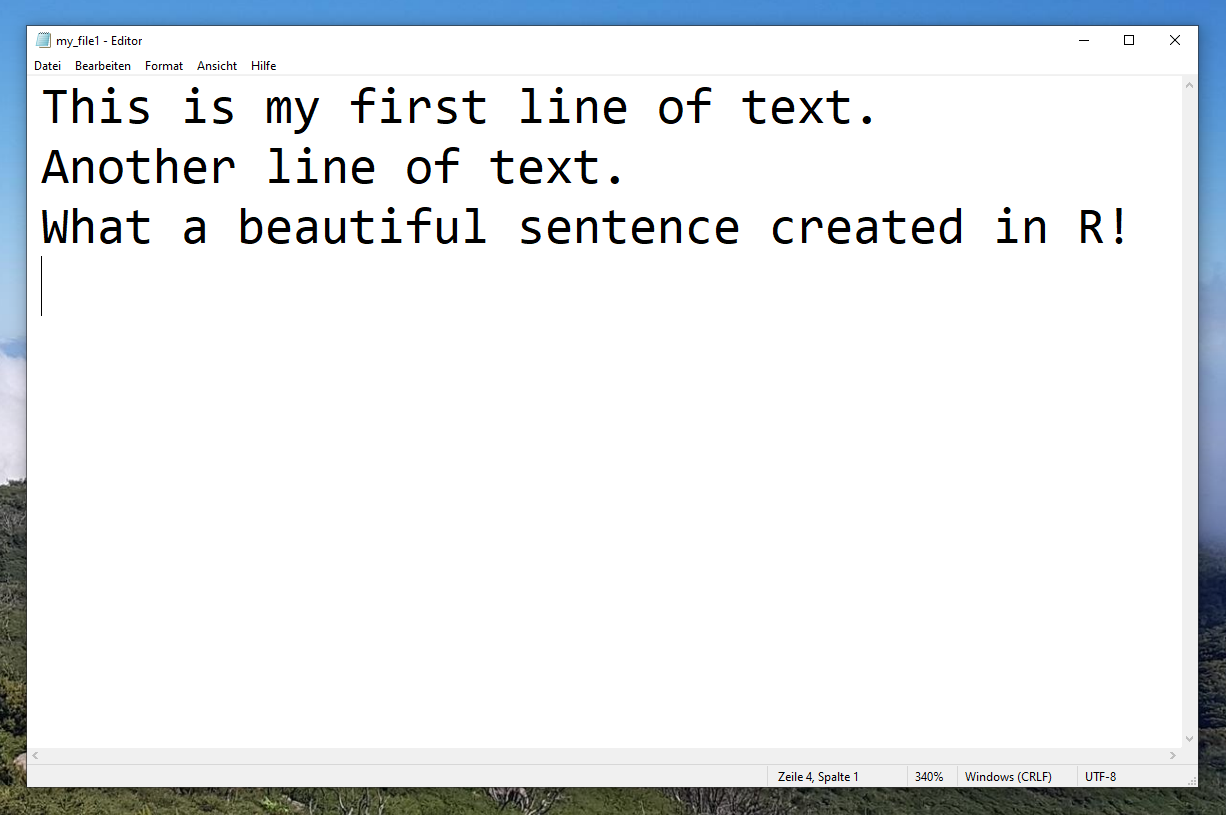 In Example 2, I’ll illustrate how to apply the sink and cat functions to create a new text file line by line.

After running this R syntax, you should find another TXT file called my_file2 in your current working directory that contains exactly the same data as the first file that we have exported in Example 1.

As a third alternative, I’ll explain in this example how to use the cat function in combination with the append argument to write text lines to a text file.

As you can see in the following R code, we first have to initialize our file without specifying the append argument.

Afterwards, we can add our text line by line using the append argument:

At this point, you should find another text file called my_file3 containing the same sentences as in the previous examples.

The advantage of the previously shown code is that you can also add text lines at a later point.

Do you want to know more about exporting TXT files? Then I can recommend having a look at the following video of my YouTube channel. I show the R programming codes of this article in the video:

In addition to the video, you could have a look at the related tutorials that I have published on my website.

In summary: In this R programming tutorial you have learned how to write text to TXT files. In case you have any further questions or comments, let me know in the comments below. 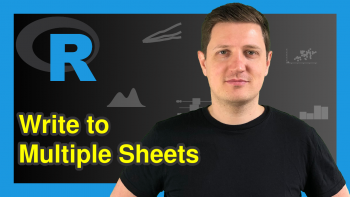 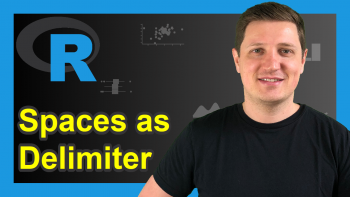 Read TXT File with Spaces as Delimiter in R (Example)