In this post, I’ll show how to append a new line to an already existing TXT file in the R programming language.

The TXT file shown in the screenshot below will be used as basement for this R tutorial: 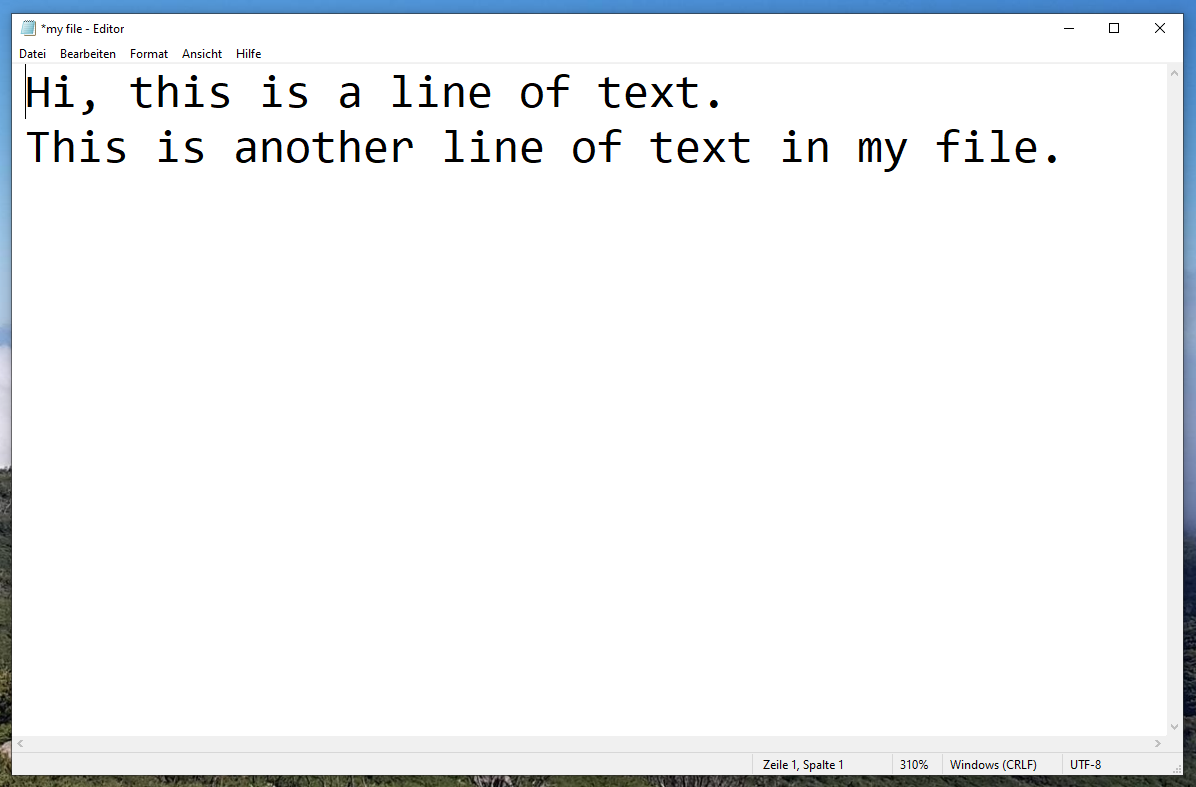 Furthermore, we have to create a data object containing the new line that we want to add to this file formatted as a character string:

This example explains how to add a new line of text to a TXT file in R.

For this, we can apply the write function in combination with the append argument as you can see below: 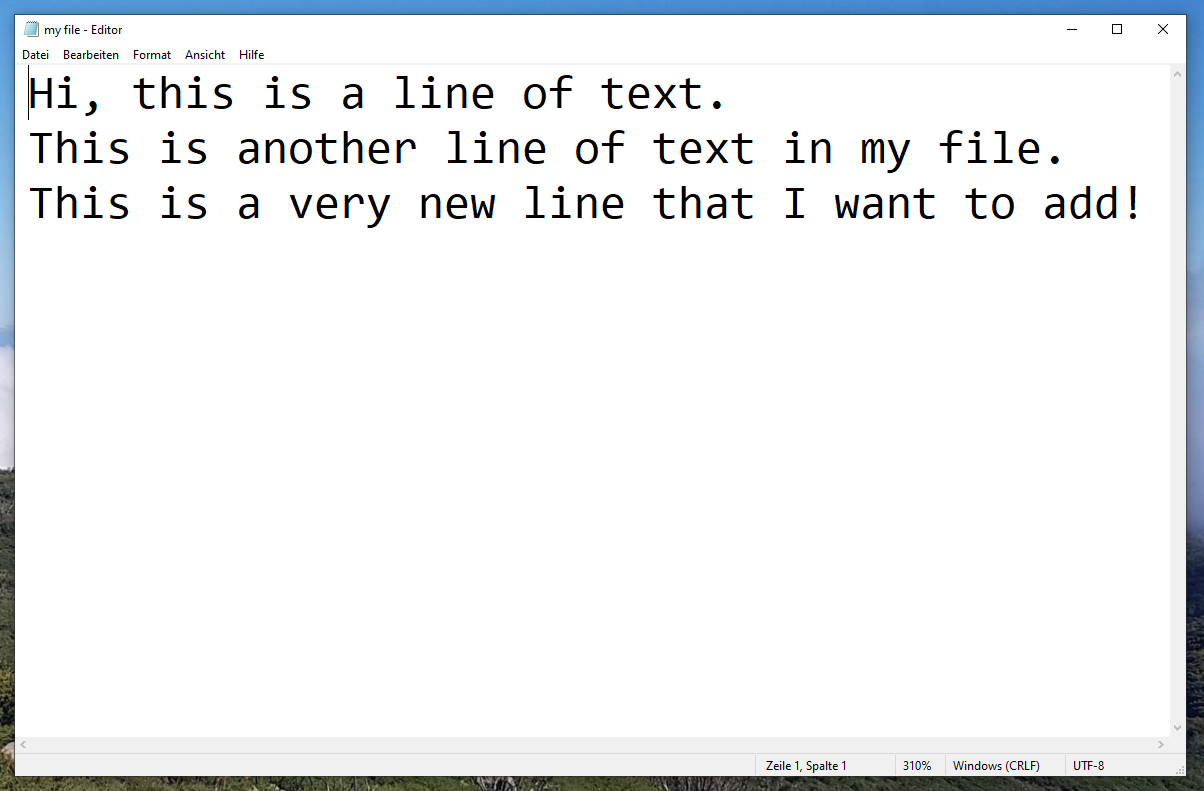 Have a look at the previously shown screenshot. It shows our updated TXT file containing an additional line of text.

Have a look at the following video of my YouTube channel. I’m explaining the R code of this tutorial in the video:

Furthermore, you might read the other tutorials of my website. I have released numerous articles about related topics such as graphics in R, text elements, importing data, and character strings.

You have learned in this article how to add a new line of text to a TXT file in R programming. Let me know in the comments section below, if you have any further questions or comments.