This article shows how to check if a vector object is empty in the R programming language.

First and foremost, I have to define some data that we can use in the following examples:

The previous R syntax has created two vector objects called vec1 and vec2. You may already notice that the first vector is empty, but the second vector contains several elements.

However, let’s check this more systematically!

This example explains how to check if a vector object is empty.

For this task, we can apply the length function as shown below:

As you can see, the length function has returned the value 0 after applying it to our first vector object (i.e. vec1 is empty).

We may also use the length function in combination with the == to return a logical indicator whether our data object is empty:

The R code above has returned the logical indicator TRUE, i.e. our data is empty.

For comparison, let’s apply the same syntax to our second example vector:

The length function has returned the value 5, i.e. our second vector object is not empty.

This gets confirmed by running the following R code:

The RStudio console has returned the logical value FALSE, i.e. our second vector is not empty.

Do you want to learn more about the evaluation of whether a vector object is empty? Then you might want to have a look at the following video on my YouTube channel. I’m explaining the R codes of this article in the video:

In summary: In this article, I have shown how to test whether a vector object is empty in the R programming language. Kindly let me know in the comments, in case you have further questions. 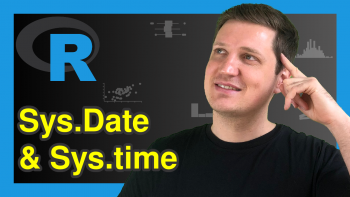 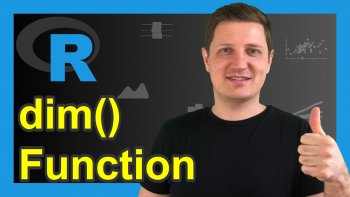 The dim Function in R (4 Examples)