This tutorial explains how to round numbers in R with the functions round(), ceiling(), floor(), trunc(), and signif().

The article shows in four examples how the different rounding functions are used in the R programming language.

The R programming language provides many different rounding functions, which are all slightly different. 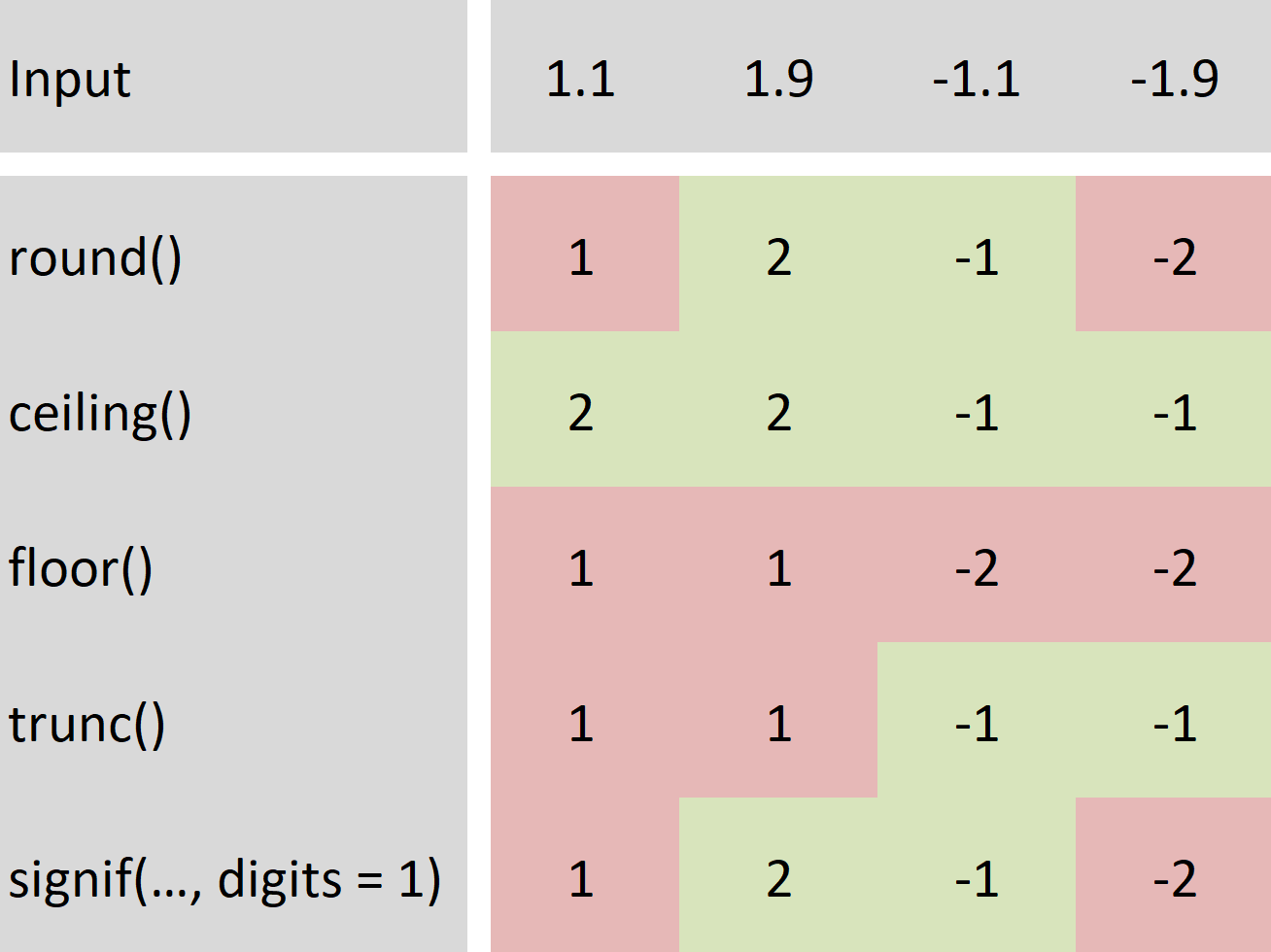 Definition of round R function: The round function rounds a numeric input to a specified number of decimal places.

Definition of ceiling R function: The ceiling function rounds a numeric input up to the next higher integer.

Definition of floor R function: The floor function rounds a numeric input down to the next lower integer.

Definition of trunc R function: The trunc function truncates (i.e. cuts off) the decimal places of a numeric input.

Definition of signif R function: The signif function rounds a numeric input to a specified number of digits.

In the following, you can find the R code that computes the values of Figure 1. First, we need to create numeric data objects that we can use in the following rounding examples:

Now, we can apply each of the five functions to these four example values. First, we apply the round function, …

…then we apply the ceiling function, …

…and the signif function:

As you can see, the R syntax of the five functions is very similar. However, there are plenty of situations where we need to adjust the specifications of the rounding functions. So keep on reading…

Example 2: Round to Certain Amount of Digits

In the previous example, we rounded our data to zero decimal places. However, the round and signif functions can be used to round to a certain amount of decimal places.

We can use the round function to round this number to, for instance, five decimal places:

Or we can use the signif command to round our example number to five digits:

Example 3: Round to Nearest 10

We can round this numeric value (i.e. the number 77) to the closest 10 by specifying a negative integer to the digits option of round:

Note that this principle can also be applied in order to round to the next 100, 1000, 10000, and so on. Simply increase the negative specification of digits.

Example 4: Round .5 Up to Next Higher Value

Rounding 1.5 to zero decimal places results in the value 2 (i.e. .5 is rounded upwards):

If we always want to round .5 up, we need to create our own function. The following user-defined function always rounds .5 upwards (note: the function is based on a code that I found here):

Let’s apply our new function to 1.5 and 2.5 (as we did before with the original round function):

If you need other examples for the different rounding functions, I can recommend the following video of the R-programming Library YouTube channel:

In addition, you could have a look at some of the other R programming tutorials on this website. I’m publishing new R tutorials on a regular basis:

This article explained how to round numeric data in R.

Note that we have used simplified examples in this tutorial. However, it would be possible to apply the same kinds of R syntaxes to complex vectors or data frame columns as well.

In any case, if you have any further questions or comments, let me know in the comments section below. 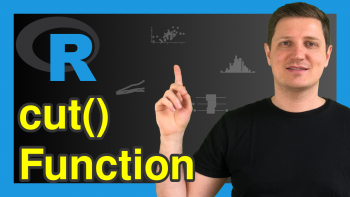