In this R tutorial you’ll learn how to locate all dots (i.e. points) in a character string.

As you can see based on the previous RStudio console output, our example data is a single character string stored in the data object my_string.

Example 1 illustrates how to locate all dots in a character string.

To accomplish this, we can apply the gregexpr and unlist functions to our character string as shown below:

The previous output shows the index positions of all dots in our character string.

Example 2: Get Location of First Dot in Character String

In this example, I’ll explain how to extract only the very first dot position in a character string that contains multiple dots.

For this, we can use the data object all_dots that we have created in Example 1 of this tutorial:

The first dot is located at the fourth character position in our example string.

Example 3: Get Location of Last Dot in Character String

Similar to Example 2, we can use the all_dots data object to find the last dot in a character string.

The last dot is at the 13th position of our string.

Have a look at the following video on my YouTube channel. I explain the contents of this tutorial in the video:

Also, you could have a look at the related tutorials on this website:

To summarize: You have learned in this post how to find all positions of dots in a character string in R programming. Let me know in the comments, if you have further comments or questions. 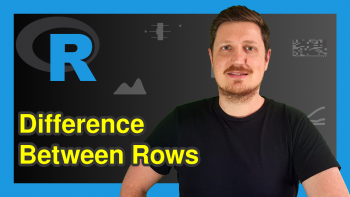 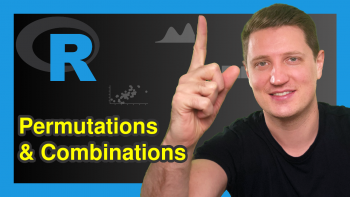