This post shows how to create a time series graph containing specific events in the R programming language.

So without further ado, let’s dive right into the example!

First, we have to create a data frame containing some example values for a time series:

We also have to create a second data frame consisting of the events and the corresponding years. Note that the following R code is also creating two variables defining the starting and ending points of segment lines that we will add later to the plot.

Now, we can use the ggplot, geom_line, geom_segment, and geom_text functions to create our time series graphic. Note that we are specifying NULL within the ggplot function, since we are creating the ggplot2 plot based on two data frames. 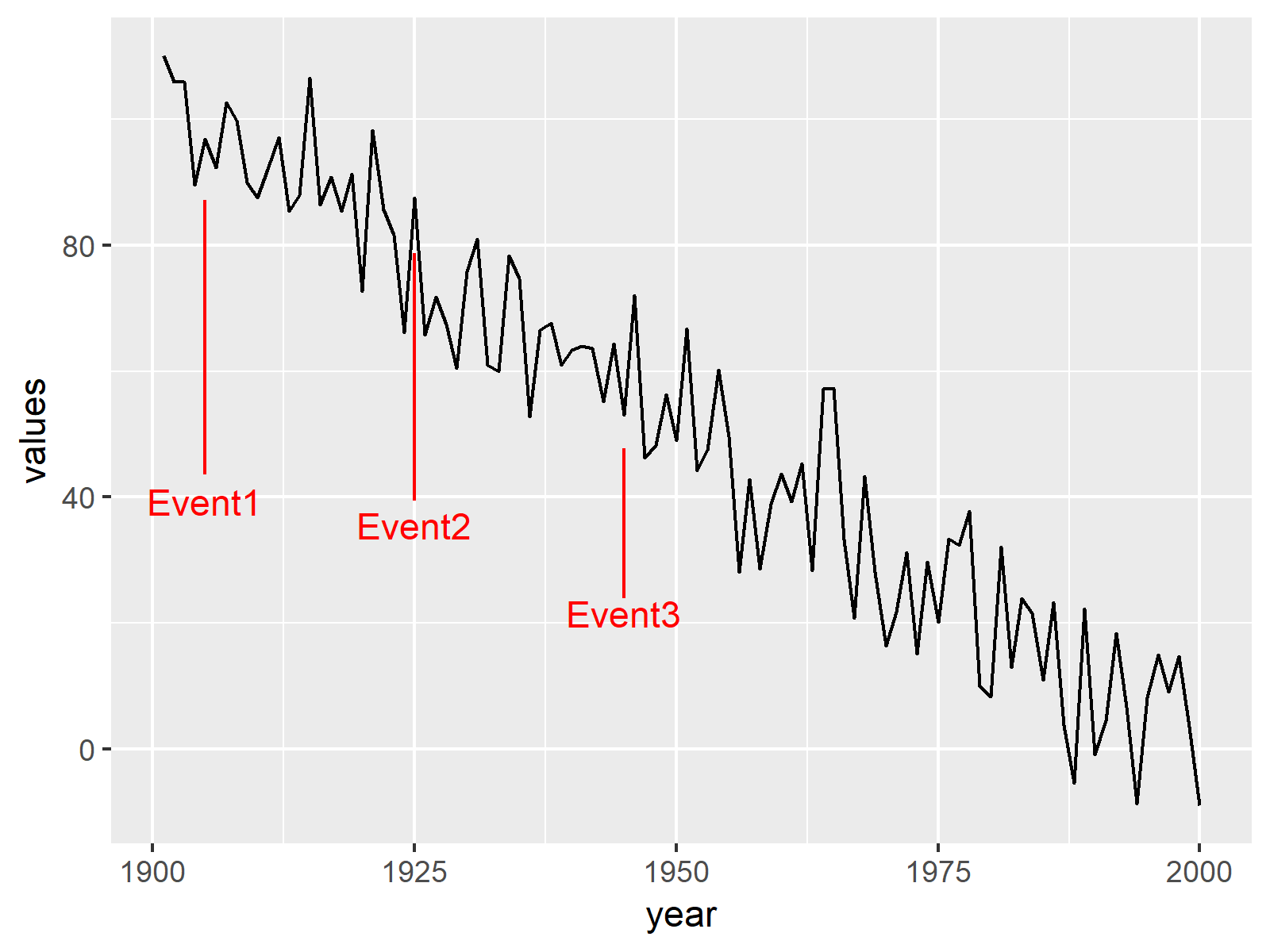 The output of the previous R programming syntax is shown in Figure 1 – As expected, we created a time series plot with certain events.

In addition, you could have a look at the related tutorials on my website.

You learned in this post how to plot a time series with events in the R programming language. In case you have additional questions, let me know in the comments section. 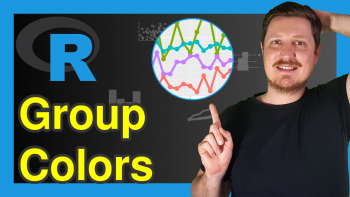 Set Color by Group in ggplot2 Plot in R (4 Examples) 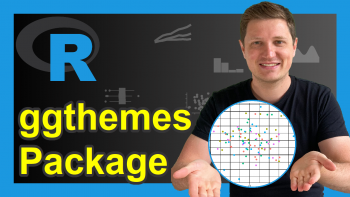